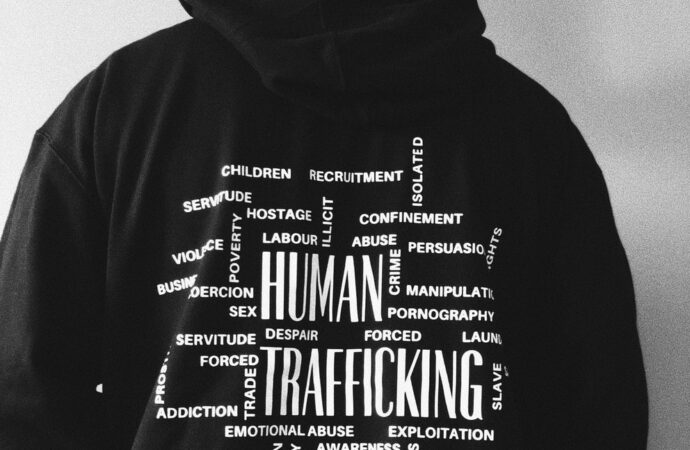 An effort from security agencies, parents, and potential victims is crucial.

In the last few years, there had been several news on major news outlets on the issue of human trafficking. From Italy to Libya and some countries in the Middle East, Nigerians have been known to have been trafficked and forcefully converted to sex slaves and/or maids, sometimes without getting paid. This modern-day form of slavery has gained notoriety as a low-risk but high-profit criminal activity. It is also expanding in scale at alarming rates and damaging humanity and the economic lives of people. Human trafficking is the recruitment, transportation, transfer, harboring or receipt of people through the use of threats, force, or deception for the purpose of exploiting them for profit.

It is ranked among the fastest-growing criminal activities in the world, with firearms smuggling comparably considered the second most organized criminal network worldwide. This has generated a lot of concerns among national governments and experts in criminology because of its adverse effect on social lives and society in general. The threat is even becoming more alarming in Nigeria. Returnees from Libya, Italy, and some other foreign countries have sadden tales about unpleasant experiences there. Unfortunately, men, women, and children from all ages have become victims of this crime. It is not uncommon in some Asian countries for toddlers to be kidnapped and transported to a drug farm as potential workers.

Parents/guardians relaxed and uncaring about their ward’s movements.

Regrettably, parents and guardians have become relaxed and indifferent to their ward’s movements. They have become so uncaring that they do not even notice the antics and pranks of their wards to evade their supervision. These actions are not only risk-infested but also dangerous to them and their immediate family. Irrelevant expeditions, secret trips, and visits with or without the knowledge of parents or guardian, have been identified as some of the major factors that have made many victims vulnerable to their oppressors. In turn, they have exposed themselves and their loved ones to avoidable hurt. Many have also thrown caution to the wind in their overzealousness by deliberately ignoring the directives, security tips and public advisories regularly issued by the Department of State Services (DSS) and other law enforcement agencies, especially to job applicants to always guard against falling prey to juicy job adverts without enough information.

These adverts do not contain adequate information on location, specifications and schedules. Some jobs come with vague visas and oversea travel promotions which could be the handiwork of human traffickers, scammers, or their agents. Security agents advise to shun the temptation of subscribing to all these. Also, it is important that one verifies the information before acting on any calls about untoward incidents involving friends and family. As well as being careful when visiting new friends or meeting colleagues at unfamiliar locations. Social media users should also exercise restraint in doling out personal and vital information on social media platforms.

A synergy between security agencies and the public is needed.

Given the secrecy, sophistication, and carefully planned organization in human trafficking, a synergy among security and law enforcement agencies as well as with the public is crucial to overcoming it. Security agencies such as the DSS, the State Security Services (SSS), the National Agency for the Prohibition of Trafficking In Persons (NAPTIP), the United Nations High Commission for Refugees (UNHCR), Civil Society Organizations (CSO) and well-meaning Nigerians should pool intelligence and resources in the fight against human traffickers and their sponsors and abettors.

Collaboration between these entities may not be the simple solution to this issue because some corrupt and compromised officers within the security agencies and even greedy parents and guardians are supportive of this criminal activity and are in cohort with those perpetrating it. But amidst this, agencies such as the DSS have not relented in their collaboration with other agencies to bring these criminals to book. In January 2022, the DSS assisted NAPTIP in rescuing a Burundian woman and her three children from traffickers in Umunoha village in the Mbaitoli Council of Imo State where they had been held captive and exploited. The sting operation which saw the four foreigners regain their freedom, was executed by a combined team of NAPTIP and the DSS.

The government should adopt ICT and also sensitize citizens.

To be in tune with global security standards, Nigerian authorities should adopt Information Communication Technology (ICT) to combat human trafficking in the country. Although no technology can be deemed perfect or fail-proof, its adoption and usage will gradually evolve and improve such that it will be relevant and responsive in tackling the existing and emerging challenges associated with this crime and other related ones. Continuous sensitization of citizens and creation of awareness on how to curb this menace is important to combating it.

Ways to curb human trafficking in Nigeria – A combined effort from security agencies, parents, and potential victims is crucial. – Express your point of view.

Ways to curb human trafficking in Nigeria – A combined effort from security agencies, parents, and potential victims is crucial. – Express your point of view.

Human trafficking is a serious crime and big challenge people taking to other country with proper step and use them for prostitute, slavery and maids and so on all this need to be stop is a big challenge to the world all this force to come together and fight it and also as it is advice government should adopt ICT information communication technology, if they adopt ICT it will improve the situation everything in this world is about technology now . parent and guidance should protect their children not maltreat them. There are some parent and guidance who sell their children for money all this need to be stop

All the ways elucidated above is just to point at a salient point which is “Awareness”. We need to be aware of our environments. So if anything happens around us, we will be able to react either proactively or reactively. Human trafficking is one of the insecurity menace we are facing in Nigeria, so it needs to be well tackled.

human trafficking to other country for different slavery and crimes has destroy so many young people life. Nigerian authorities should adopt Information Communication Technology (ICT) to combat human trafficking in the country. And Government need to create opportunities and enabling environment for the people. If the country is in good shape, people will not be looking for how to live this country in order to survive and make money. Government please do what is right

Human trafficking is prevalence in Nigeria and is on the increase though government are putting on measures and more needs to be done,because the traffickers keep devising new means of doing there illegal deals

Most victims are usually cajoled and manipulated. This shows that if citizens were sensitized, there would be a significant positive change. Poverty also seems to make victims or their parents gullible and vulnerable. Then these traffickers take advantage of their desperation and mess with their minds. Nobody wants to be exploited. I’m sure a poor man would rather be a hungry free man than a well-fed slave; sadly, victims are neither.

Unfortunately, caregivers have developed a more laid-back attitude and have lost interest in the activities of their wards. They have become so indifferent that they do not even notice when something wrong happens.

Children go out on trips and all sorts of nightclubbing without their parents knowing, and this has led to a high number of kidnappings cases

People should avoid going for unnecessary meet-ups and reduce the rate at which they walk at night to keep them safe from being trafficked.

Human Trafficking has become too rampant nowadays in our society and something must be some to reduce them. The government should create different strategies on the issue at hand.

Some employment opportunities come with nebulous visas and promotions for overseas travel, both of which have the potential to be the operation of human traffickers, swindlers, or their intermediaries, and people still fall for them, sadly

It is indeed a matter of concern that is ravaging for the last few years.

Parents and guidance have a lot of roles to play in this, not to trust their young ones with strangers and even to be careful of those they know.

The government of Nigeria should implement information and communication technology to prevent human trafficking within the country. This would bring the country into conformity with international security norms.

Human trafficking has been an illegal business carried out by some criminal element. So many people in search of job special with the lingering level of poverty in the country have falling into their traps. We need parents to be at alert. Security agent should also be proactive to stop these menace.

Human trafficking has been before now. What we only have the modernized version. The government, parents,groups and individuals need to fight it. We have to deployed every tactics required to stop it completely in Nigeria. It is a curse on Nigeria that need to be broken. We have seen and read the history of slave trade on the Nigeria soil. It has taken another dimension. It most be stopped.

Its really sad to hear that so many people are still falling victim to the hand of illegal human traffickers in this century. The only way to curb this is to increase security and create more awareness on all platforms.

People should be made aware of this unlawful activity in order to prevent becoming a victim, because most of the victims are those who are desperate for a job or who attempt to leave the country without following the appropriate procedures or having adequate money.

There’s no amount of effort or money budgeted to curb human trafficking that can have effect if the poverty level continue to be on the high side because there no how you can talk to a person that is hungry without give such a person food,he /she wouldn’t listen.Government should make effort to better the life of it citizen.

The only way to curb this is to increase security and it agencies, create more awareness, government should give full back ups to these agencies. Human trafficking is one of the insecurity menace we are facing in Nigeria, it needs to be given serious attention.

It is reported that people from Nigeria have been subjected to human trafficking and coerced into working as sex slaves and maids, sometimes without receiving payment. This is a terrible thing happening in our country

Human trafficking is something that is as old as man but we have to work on ways and avenues that will bring an end to its reign in Nigeria… I hope a government official will see this article and work according to its advice.

The continuous education of residents and the raising of awareness regarding how to minimise this danger are crucial components of an effective response to the problem.

Because of the negative impact that human trafficking is having on people’s social life and on society as a whole, national governments and specialists in the field of criminology have expressed a lot of concern about it

When it comes to disclosing private and potentially crucial information on social media platforms, users of social media should likewise practise moderation because it can also be used as a method of Kidnapping people