One man’s fight to save the rainforest 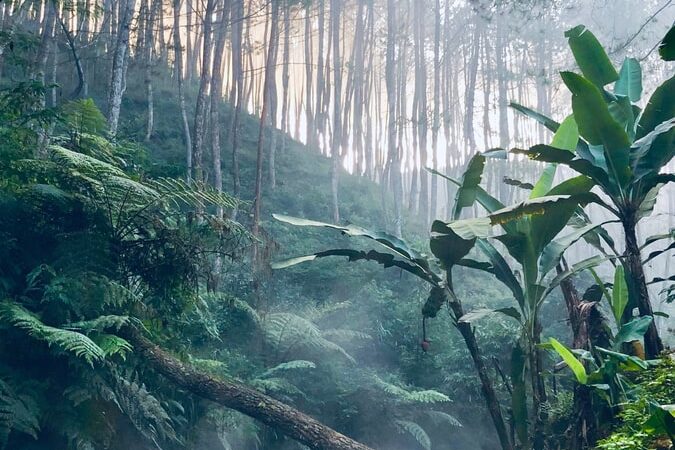 A lot more needs to be done in an effort to save the rainforest.

The Bayelsa State-born environmentalist, social thinker, entrepreneur and lawyer recently embarked on a 14-day sojourn into the deep rainforest of Bayelsa. This experience allowed him to connect with nature and learn more about the ecology of the region. He plans to use this knowledge to help protect the rainforest and its inhabitants. The rainforest is a vital ecosystem that is home to many plants and animals. It is also an important source of livelihood for many people who live in and around it. The destruction of the rainforest would have a devastating impact on the environment and the people who depend on it. The lawyer’s trip into the rainforest was an eye-opening experience that showed him the importance in preserving this environment.

The team was able to collect data on the flora and fauna of the rainforest.

There is a story, known as the Bush Canoe, this has been ongoing through generations of people in Nigeria. It was originally used by a single person travelling through the forest who felt tired and decided to leave it behind for anyone passing through to use if needed. The canoe has been used by many people over the years and has become a symbol of the forest itself. The bush canoe is a reminder of the generosity and kindness of those who have gone before us, and it is a symbol of the strength and resilience of the forest itself.

He began his career in the oil and gas industry.

Azibaola has stated that throughout his journey, he encountered many types of different species. Some examples he came across were strange fish, such as the snake fish, many species of reptiles and many other types of animal species. He is campaigning for the preservation of the rare animals that inhibit the rainforest. Which are becoming extinct at an alarming rate. We need to do more to preserve the animal species that we have today to guarantee that we will get to enjoy them for future generations.

Robert Azibaola is a businessman and entrepreneur who is best known for his work in the oil and gas industry. Azibaola was born in Nigeria and studied at the University of Lagos, where he earned a degree in economics. After graduation, he began his career in the oil and gas industry, working for various companies in Nigeria and other countries. In the early 2000s, he founded his own oil and gas company, which quickly became one of the leading firms in the industry. Azibaola has also been involved in a number of philanthropic endeavors, helping to fund education and health care programs in Nigeria and other countries.

This destroys the habitat of the plants and animals that live there.

The rainforest is one of the most important ecosystems on the planet. It is home to an incredible diversity of plant and animal life, and plays a vital role in regulating the Earth’s climate. Unfortunately, the rainforest is under threat from human activity, and is being lost at an alarming rate. Deforestation is the biggest threat to the rainforest. Every year, huge swathes of forest are cleared for agriculture, mining, and other development projects. This destroys the habitat of the plants and animals that live there, and also releases huge amounts of carbon dioxide into the atmosphere, contributing to climate change. The loss of the rainforest would be a disaster for the planet. The rainforest is home to an estimated 50% of the world’s plants and animals, and its destruction would have devastating consequences for the world’s biodiversity. The rainforest also plays a vital role in the global water cycle, and its destruction would lead to major disruptions in the world’s climate. We must do everything we can to protect this vital ecosystem.

The rainforest is a home to most fauna and flora. When we destroy these forest we destroy there homes and upset the ecosystem.We are disrupting the balance in nature.Each time we cut down the timber, clear the forest for farming we exposed ourselves to environmental danger. I really appreciate that man that stood for nature and protected the rainforest from destruction and the reason why we need to keep it.

The Man’s idea is very good, deforestation is one of the major problem facing rainforest region and according to scientist deforestation causes the depletion of ozone layer and which is not healthy for human being.

Rainforest is one of the important habitat these wild animals live in. Also its important at home to diverse plant and animals. People need to be enlightened about the benefits of this rainforest in Nigeria.

This environmentalist has done a great job in protecting the rainforest and the habitat, plants and animals that live in there. More awareness needs to be made to let people know that destroying rainforest can cause climate change and other dangers to human being itself

So many people are into deforestation, clearing forest for charcoal, development project and so on without planting new tree to replace them which is a big threat to the rainforest. We all should join hands to fight against such act to save plants and habitats.

Humans are part of the ecosystem, and destroying the rainforest will also affect us as humans.

However, a lot of people are not aware of this. More awareness to yield its preservation.

Sensitisation and civilisation will go a long way in enlightening people on important issues like this. There should be programs explicitly created to teach people about our rainforest

If we notice our environment, we don’t have wild animals like Tigers, Lion, Leopards and the like here because they’ve all been driven out 9f their homes, All the forests have been turned into cities, and all the trees have been cut down. It’s good and evil in my opinion because it might make us a bit safe from them harming us, but them being extinct won’t be pleasant.

More people needs to be sensitised so that they can join in on things like this and know how to take proper care of our environment to make it habitable for us.

Human beings like this are rare; we need more characters like this, people that are always willing and ready to make the world a better place

The Amazon rainforest is often regarded as one of the most significant biomes in the entire world. It is home to an astonishing variety of plant and animal life, and it also plays an integral part in the process of controlling the climate of the earth.

The mission’s objective should be to research the Amazon rainforest and the animals that live there. The team would be able to gather information about the flora and wildlife of the jungle, and they also gained some understanding of the culture of the native people who lived there.

To ensure that future generations will also have the opportunity to appreciate the animal species that are still around now, we need to step up our efforts to protect them.

The bush canoe is a sign of the grit and resiliency of the forest itself, as well as a reminder of the compassion and goodwill of those who came before us. We should always have it in mind at all times,

This is a beautiful act from this man, and we need people to learn from his actions and imitate him so that our world can be a better place

A vast majority are ignorant of the significance of rainforests. People should try and be knowledgeable about the eco system. When people get to know the rain forest is home to diverse plant and animals, and there are certain regulation, deforestation should reduce. We can’t afford to have all animals go extinct.

It seems in Africa generally, Nigeria to be precise, we don’t understand the importance of wildlife conservation. Rainforest is one of the important habitat these wild animals live m it’s also a home for plants. I wish we get to be enlightened about the benefits of this rainforest in Nigeria. it will help to curb deforestation either for Agricultural or site building purpose.

Man and it’s environment are two inseperable entity,man needs to care more for it’s eco system in other for it’s natural habitats to continue to thrive and survive,the government needs to put more hands on deck to help more in research.

Ecosystem is important in planet, rainforest is part of our environment which we must take care, stop deforestation because is a damage to this environment plant and animals are able to survive because of this rainforest which is like their own home and we can benefit more from it if we study and learn about not everything should be counting down there are good resources there.

When we fail to realize the important of our rainforest, we lose connection with nature, we put our lives in danger.it will be better if we can stop destroying out ecosystem. We are connected with nature.