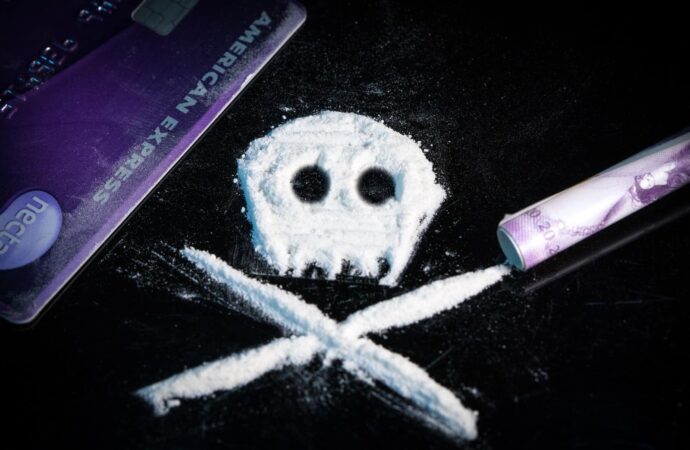 The National Drug Law Enforcement Agency (NDLEA) is a federal body, established by Decree No. 48 of 29th December, 1989. The decree was promulgated in strict response to the dominant trend of demand and traffic of narcotic drugs and psychotropic substances which tarnished the international image of the federal republic of Nigeria and Nigerians in the 1980’s. Ever since, the trafficking of harmful illegal substances has become an organized criminal activity that ruins the security and development of the country, thereby, demanding a need for urgent intervention as a top priority from the government.

The mission of the agency is to put every resource at their disposal into effective use for the complete elimination of unlawful trafficking of narcotic drugs and psychotropic substances. This can be effectively carried out by shutting down the supply of harmful drugs and bringing the drugs suppliers to book. It can also be done by curbing the demand for illicit drugs and other abusive substances, tracing and recovering drug-related proceeds, through effective drug law enforcement. The purpose of NDLEA in Nigeria is to create, protect, and maintain a positive image for Nigeria and its citizens.

Hard drugs affect the brain and health of the human system.

Hard drugs are drugs that are used illegally, without a medical prescription, and could cause physical or psychological addiction and potentially, death. In many countries, including Nigeria, any creation, selling, or usage of drugs without approved medical purposes is considered illegal according to an established law. There are different classes of hard drugs, they include opioids like heroin, hydrocodone, oxycodone (Oxycontin) and morphine; benzodiazepines, which include diazepam, alprazolam, clonazepam, and lorazepam; stimulant drugs such as methamphetamine (meth), cocaine, and nicotine. However, some drugs such as alcohol and nicotine are sold legally in many countries and are usually taxed.

Oftentimes, the usage of hard drugs leads to addiction or drug abuse, and brain disorder. Hard drugs affect the human brain and health. Some of these effects are long-lasting and permanent, and might still be visible in the body even after stopping the intake of the substance. There are many ways of drug intake such as injection, inhalation, and ingestion. Although the effects of hard drugs on the human body depend on the mode of intake, all misused drugs affect the brain causing large amounts of dopamine, a neurotransmitter responsible for the regulation of emotion, motivation, and feeling of pleasure, to flood the brain and make them impaired (high).

NDLEA seizes drugs and arrests suspects in Imo and Kwara.

The Imo State Commander of the National Drug Law Enforcement Agency (NDLEA), Imo Command, Mr. Reuben Apeh, attested to the seizure of 1,471kg of hard drugs in the state between July 2021 and June 2022. He also stated that 218 suspects were arrested, 171 males and 47 females. The seized drugs include cannabis sativa, cocaine, heroin, methamphetamine, tramadol, rohypnol, diazepam and others. It was also said that 30 of the drug users were counseled while nine underwent successful rehabilitation and got reunited with their families.

The Kwara State Commander, Mr Ibrahim Saidu, also mentioned that the agency has seized about 2,300kgs of drugs and arrested a total number of 415 suspects from July 2021 till date. The use of these hard substances has aggravated in violence, cultism, armed robbery, rape, fear, insecurity, among others. Drug peddlers in the country and their activities have increased to an alarming rate in the persons of youths and women. In response to this, intelligence-led operational activities are being conducted.

Mr. Apeh addressed the issue of drug abuse at the commemoration of the 2022 International Day Against Drug Abuse and Illicit Trafficking, themed “Addressing Drug Challenges in Health and Humanitarian Crises.” World Drug Day, organized by the United Nations Office on Drug and Crimes (UNODC), is marked on the 26th of June of every year to create awareness, also to enable and boost cooperation in achieving a world that is free of drug abuse. Citizens are implored to work hand-in-hand with the anti-drug agencies to discourage youths and adults from drug abuse.

The rate at which Nigeria uses hard drugs is going beyond control, especially amongst the youth.

But If one may ask, who are those supplying those illicit drugs? Moreover, the number doesn’t seem to decrease.

If the supply can be cut, then there will be a significant decrease in its usage

NAFDAC should continue with their hard work because the rate of drug abuse increase in nigeria, taking of hard drug affect health and this hard drugs are easily to get something need to be done inother to stop all this drug abuse

Hard drug usage have increased over days among youth and people are getting addicted. Drug peddlers in the country should be raid out as that will cut out there plug

Drug abuse has really eaten deep into our society; something has to be done about it because it has led to a lot of youth engaging in social vices.

Since that time, the unlawful distribution of potentially dangerous chemicals has evolved into a well-organized criminal enterprise that undermines both the safety and the progress of the nation.

Hard drugs are medications that are used unlawfully, without a medical prescription, and that have the potential to cause physical or psychological addiction as well as death. Government should find a way to reduce the spread

Abusing drugs can also be caused by the lack of employment for the youths. If they are employed, they won’t have time for all this.

We need urgent intervention from the government because drug abuse is highly rampant in our society nowadays. Please something show be done about it fast

To prevent young people and adults from engaging in drug use, community members should collaborate with organisations that combat drug addiction.

There should be some sort of rehabilitation centre that will help our young people cure the addiction to hard drugs misuse; this will go a long way for us

The use of hard drugs almost always results in either addiction or abuse of the drug, as well as a brain issue. The human brain and health are both negatively impacted by hard drugs.

Some of these symptoms of drug addiction are long-lasting and permanent, and they may still be visible in the body even after the individual has stopped taking the substance in question. So the best thing is to avoid it by all means

Last edited 5 months ago by Tolaniiii
0

Last edited 5 months ago by Kazeem1
0

The NDLEA under Buba Marwa are really making good efforts they have made high profile arrest in various places,I just wish more effort could be put into it because of menace of drugs amongst our youths is on the rise…More support is needed from the government to give them enabling environment

UNODC AND NDLEA are really trying to curb and control drug trafficking. These agencies need more support from the government to function effectively.

This is a good one. The rate of drug abuse has skyrocketed so bad. It has gone beyond it being a result of unemployment, poverty and illiteracy. Even the learned and well-to-do are abusers too. Hopefully these agency make significant difference with their efforts.

NDLEA are really doing a good job trying curb drug abuse in the country. I think a rehabilitation program should be organized for those that have been addicted to these hard drugs to help them out of it.

The rate at which people are looking for money is too high. Imaging someone carrying drugs that can damage health of a person selling these drugs to people to use. UNODC and NDLEA are doing great job but make it uniform round the whole of Nigeria.

Apparently, the extent to which alot of Nigerians involve themselves in drug abuse is too alarming. This is why the NDLEA has been empowered to tackle this menace. I’m sure alot of people in high places are also involved in this thing. Kudos to NDLEA on the drug abuse offenders they have been able to prosecute

UNODC AND NDLEA should continue with their work relentlessly. They are really trying to curb and control drug trafficking which is really good. For effective function of these agencies going against drug dealers, Government should be prepared to show full support

Hard drugs are drugs that are used illegally which can cause alot of health damage. NDLEA need to do more work