Lagos 2nd worst city to live in the world 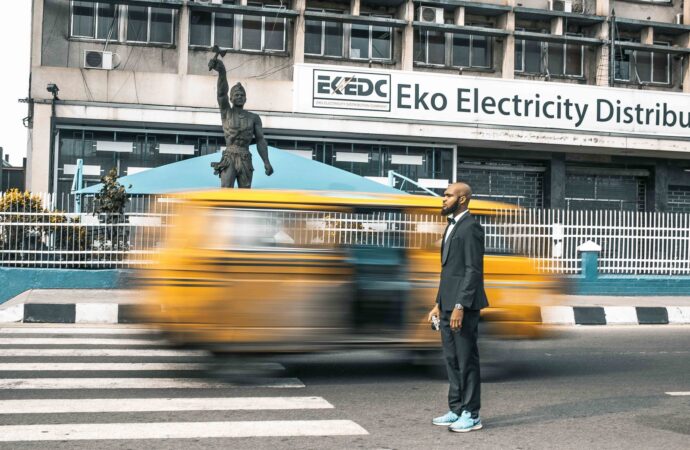 Lagos, the capital city of Nigeria, has been ranked as the world’s second least livable city by the Economist Intelligence Unit. The city’s poor infrastructure and high crime rates make it a difficult place to live. Lagos is a densely populated city, with an estimated population of 21 million people. The city is plagued by traffic congestion, poor sanitation, and a lack of reliable electricity. Crime is also a major problem in Lagos, with a high rate of violent crime.

The Economist Intelligence Unit (EIU) ranked Lagos as the 171st most livable city out of 172 countries in the world for the first quarter of 2022. This ranking is based on a number of factors, including the city’s infrastructure, safety, health care, education, and environment. Lagos scored particularly poorly in the categories of infrastructure and safety, which likely contributed to its low ranking.

A score of 100 indicates that a city is perfect.

This report has the Nigerian city of Lagos as being ranked as the least livable in Africa, citing social unrest, terrorism and conflict as major contributing factors. With a score on the Livability Index, of 32% which was compiled by the Economist Intelligence Unit (EIU). The EIU’s Livability Index ranks cities on a scale of 0 to 100 based on a number of factors, including social stability, healthcare, education, infrastructure and the environment. A score of 100 indicates that a city is perfect in all these categories, while a score of 0 indicates that a city is completely unlivable.

Economist Intelligence Unit (EIU) has revealed the top five most livable cities in the world. Vienna, Austria comes out on top with a score of 99.1, Copenhagen, Denmark is in second place with a score of 98.0, Zurich, Switzerland-96.3, Calgary, Canada-96.3, and Vancouver, Canada-96.1 are also in the top five. In this category they consider things such as stability, healthcare, culture and the environment, education and infrastructure. Vienna is ranked 1st again after falling short due to the pandemic in 2020-2021.

This is making them more attractive to businesses and tourists.

There is some good news in the latest report on the top cities in the world. Most of the cities in the top 10 have increased their scores compared to the report released last year. This is a promising sign that positive changes are being made. It is encouraging to see that so many cities are making improvements. The increased scores show that they are doing a better job in areas like education, healthcare, and infrastructure. This is making them more attractive to businesses and tourists. There are still some areas where cities need to improve. For example, many of the top cities are still struggling with pollution and traffic congestion. But overall, the trend is positive and it is clear that cities are making progress in becoming more livable and sustainable.

It is interesting to note that most of the cities in the top 10 have seen improvements in their scores compared to last year. This is likely due to the pressures brought on by the COVID-19 pandemic. It is possible that the pandemic has forced cities to reevaluate their priorities and focus on areas that may have been previously neglected. This could explain the improvements seen in the bottom cities among the top 10, as they have likely been forced to invest more in areas such as infrastructure, public health, and social services.

It is clear that the situation in Nigeria is very dire.

The report ranks Nigerian cities as the worst in Africa, citing social unrest, terrorism, and conflict as major contributing factors. Damascus and Tripoli are ranked at the bottom of the list along with Lagos. These rankings are based on a number of factors, including the number of terrorist attacks, the amount of social unrest, and the level of conflict. Nigerian cities have consistently ranked poorly on these measures, and this report is just the latest confirmation of that fact. It is clear that the situation in Nigeria is very dire, and that something needs to be done to improve the security and stability of the country. Lagos suffers from a lack of basic services such as good roads, running water, drainage & sewers, and electricity. This makes it difficult for residents to lead normal, productive lives. Additionally, the city’s infrastructure is not well-suited to handle its large population, which often leads to traffic jams and other problems.

A high population supposes to be a blessing and resource to the nation, numerical strength the part of what makes a nation strong.

In Nigeria, the reverse is the case. except less from an unproductive nation.

Wait ooo, if Lagos is the second worst city, how come some guys are still aspiring to live there?

May God heal our land ooo

Lagos is overpopulated, which makes it a very stressful place to live in, which in turn harms our health status plus it is also very expensive to reside in .

Last edited 5 months ago by Yomii
0

The crime rate in Lagos is too high; moving about here is not safe at all, especially at night, so this position is deserved.

This doesn’t speak well for us at all; it has shown the standard of living we’re struggling with in Lagos, which is bad.

The infrastructure of Lagos is not well-suited to handle the vast population that resides there, which frequently results in traffic bottlenecks and other problems.

It is very evident that the situation in Nigeria is extremely precarious, and it is also clear that action is required in order to strengthen Nigeria’s security and stability.

Healthcare is not affordable and easily accessible to the people of Lagos, and this is something you have to consider when rating the quality of places to live in

Lagos will have a constantly low ranking on this list because to the frequency of terrorist attacks, the quantity of societal unrest, and the level of conflict that exists there.

The city of Lagos is plagued by a shortage of essential utilities such as well-maintained roads, electricity, water with running water, drainage and sewage. The residents will find it challenging to conduct regular, fruitful lives due to this.

When we work on our environment and build all those fundamental issues and amenities we need, we’ll see that people from outside countries will even want to visit and live with us. The government should see this and work on it

if Lagos that other cities in Nigeria look up to is classified as the 2nd worst liveable city after all index then an urgent solution is needed,I’m just confused is there anything working right in this nation……no good road,no good water,electricity is no go area,no good infrastructure……hmmmmm

Lol. Others factors like high crime rate, high standard of living are quite understandable. Buh poor infrastructure, and other economic instability is funny, considering lagos being one of the top state other state look up to.

Lagos is too congested and not conducive for living but it is a city regarded by some people as a place to make it fast hence the reason for large population.

Our rated Lagos in Nigeria is ranked among the worst cities, government needs to do more by providing more security to mitigate the level of conflict and social unrest in the state.

Lagos live is terrible. The migration of people from rural to urban in search of paying job has made Lagos to be overpopulated and unlivable. Other state government should develop their state and provide job too to reduce mass movement to Lagos.

Lagos being rated as the second worst city to live in is not surprising. The hustle and bustle in Lagos is germane to the Lagos economy. Alot of other indigenes from other states also come to Lagos for greener pastures. Consequently, Lagos is for survival of the fittest.

Lagos is ranked 2nd worst liveable city despite how other cities in the country look up to, Definitely something is wrong and solution needed Should be provided ASAP.

They report is 100% truth, considering lots of problems facing the city.No electricity,no pipe bon water,no good road network for proper drainage,no hospital, government schools are not well equipped.e.t.c.Lagos government generated revenue that is more than most ot the countries in West Africa but corruption of the people in government officials doesn’t allow them to use the money generated to be use judiciously for betterment of the citizens.

Lagos is ranked 2nd worst city in the world, well is possible. over population, pollution, stress, etc. Federal Government should develop other states instead of concentration only in Lagos.

I love my Lagos but i can’t live in it because Lagos is too polluted.if u don’t have brain u can’t in Lagos