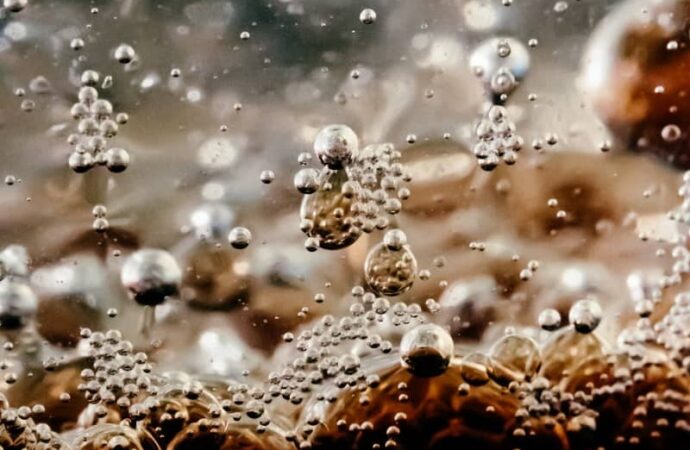 At a Policy Breakfast Meeting in Abuja, the Chief Superintendent of Customs, Department of Excise, Free Trade Zone and Industrial Incentives, announced that the Nigerian Government has began the implementation of the N10 taxation per liter of Sugar Sweetened Beverages (SSB). This is done in a bid to limit cases of Non Communicable Diseases (NCDs). The Chief Superintendent stated that after the sensitization of the companies on the need and reason for the taxation, the customs began the implementation of tax on all SSB-producing companies on the 1st of June, 2022.

In 1984, the taxation of SSB’s alongside alcoholic drinks and tobacco was a policy, but in 2009, SSB’s were excluded from taxable beverages. Following the incidences of NCDs and obesity, the Federal Government of Nigeria, on December 2021, approved the taxation of N10 per liter on SSB. The government assured healthcare agencies that funds would be released to them, thus, additional revenue generated from the tax is to be channeled to NCDs caused by excess intake of sugar drinks.

11% of calories consumed by youths are from SSB.

Sugar Sweetened Beverages (SSB) are drinks with added sugar such as brown sugar, raw sugar, glucose, corn sweetener, malt syrup and many more. SSB’s contain calories that provide less nutritional value and contribute to weight gain. According to calculations, approximately 11 percent of the calories consumed by youths come from sugar sweetened beverages. The odds of a child becoming obese increases by 60 percent and is measured by each 12-ounces soft drink per day consumed by the children. Among young children, aged 1-5, the intake of sweetened and carbonated soft drinks was associated with an 80-100 percent of dental caries. Its consumption has risen drastically as a result of urbanization and beverage marketing.

The extra calories added to the body through excess intake of these beverages lead to other health risks, asides weight gain, such as obesity, heart disease, tooth decay and cavities, type 2 diabetes, kidney diseases, non-alcoholic liver disease, and gout, (a type of arthritis). To reduce health risks, it is advisable to reduce consumption of sugar sweetened beverages and resort to water. Freshly squeezed lemon or orange juice, watermelon, cucumber, sliced citrus, or fresh herbs can also be added to plain or sparkling water to make it taste nicer. Limiting the consumption of sugary drinks can help the people to achieve a healthy body system and help them have and maintain healthy dietary patterns.

Although there have been oppositions to the newly introduced Sugar Tax by the National Assembly, medical experts have given beneficial reasons of the tax. As a result of the Chronic and Non Communicable diseases (NCDs) such as diabetes, cardiovascular diseases, kidney failure, cancer, and even sudden death is caused by the consumption of SSB. Taking no heed to the loss of jobs the tax might cause, medical experts urge the federal government to go on with it.

Dr. Kate Mandeville, the Senior Health Specialist for World Bank, spoke from Beijing China, giving reasons why Nigeria needs a sugar tax. The tax is important because it helps to improve the health of the population and add to the country’s revenue. She also affirmed that 66 countries in the world now have target excise tax, thereby, differentiating the price of sugar sweetened drinks from ordinary water. Through the imposition of tax on SSB in developed countries, its consumption decreased, while there is a continuing rise in developing countries.

In a bid to reduce the intake of sugar drinks, medical experts gave complementary measures that have proven to be effective in countries like Mexico and South Africa. They include; raising public awareness on the unhealthiness of the intake of SSB and reasons why its consumption should be reduced, increase in retail prices, incentivizing non price industry responses like resizing, reformation, and many more. With these measures in place and the imposition of tax, medical experts believe that the Federal Government of Nigeria would save Nigerians, especially adolescents from obesity, NCDs, and sudden deaths.

While this move is commendable, it is important for us to understand the extent at which the tax will curb incommunicable disease. Even with the tax rate, people will still buy these carbonated drinks. Although it will serve as a means of more revenue for the for the government, but the government should still enlighten the masses about the dangers of these drinks.

The last paragraph talking about creating public awareness and how similar measure has been effective in Mexico and SA. I feel a vast majority know about the down side of these SSB. And increase in price might not necessarily do much. Cos the price has significantly increased over the years, following the general increase in price of commodities.
Let’s see how this plays out anyway.

Sugar Sweetened Beverages (SSB) is indeed the cause of non communicable diseases but requesting tax of this is just a way by the government to generate income for themselves. Anybody can decide to take excess sugar or not. It is a choice not by force. Government collecting tax over Sugar Sweetened Beverages (SSB) will only make things that uses SSB for production more expensive.

I’m in support of the increase in tax for SSB due to the fact that the rate of consumption of these sweetened drinks is too much amongst our children and the adverse effects will still come up sooner than we know….This country is not just for every company to produce and sweetened drink and bring to the market for consumers consumption

for me increase the tax on Sugar Sweetened Beverages is not the way out of THIS at all. Okey for instance if Government increase the tax on it, something you are buying #200 is now #500 or #1000. How can the people afford to buy it even when many people are not abusing it. We are crying that everything in Nigeria is increasing but salaries are not increasing, people are suffering to survive and they are there talking of increase on tax on SSB. I no understand oo. Instead of talking about how to educate or talk to people through different means on the health damage it causes. Not adding to hard life in the name of saving life which is not the way. Please Government should do the needful abeg

Increasing tax on sweetening drinks is not the solution because thousands of people were getting their daily bread from selling the product.The may solution is to sensitise the masses about the danger when taking in essence.

Even while this is a positive step in the right direction, we must determine the degree to which the tax will be effective in preventing non-communicable diseases. People will continue purchasing these fizzy drinks regardless of the tax rate.

These drinks are too rampant in our society and it’s not really good for our health. I hope this taxing will make it reduce

The government should give assurances to healthcare organisations that they would receive funding in the future, and it will be helpful

This is a good move from the government, because too much sweet things has done son many harm. It damaged my younger brother teeth one time that he had to visit the dentist

People need proper education and enlightenment on the dangers of overtaking sugar, that way, they can desist from taking it too much

We all know too much of surgery food I harmful to the body but some people still don’t care. More awareness creation will do more to help reduce the level of how people consume sugar rather than the government hiking the price as the price is already high in the market

The government have done this to make people steer away from to much sugar consumption and at the same time to earn more from it. I just hope people heed to this as they mean it

Yes, this is wonderful because it’s going to reduce a lot of terminal diseases happening around us,good work from the government concerning this.

It is very rampant all over the world and not in Nigeria alone. Obesity is the order of the day due to these links and drinks, which is not good.

What has happened to billions of naira that are nowhere to be found?

Hopefully, if those companies can afford the N10 tax per litter, that means they can continue their sugary product.

The best thing to do is to have a policy for sugar control.

People are incredibly stubborn. Even after lecturing them on the dangers and effects of taking too much sugar, they will still venture back into it.

These agencies should adequately regulate the amount of sugar that is added to these products during production; this way; the sugar rate will reduce and help everyone live healthier lives.

It is recommended that we consumers drink more water and less sugar-sweetened beverages to lower the chance of developing health problems later in life. May God help and guide us

Generally, excess consumption of sugar drink is not good for the health. The approach the government wants to take to reduce the consumption will both benefit the people and the government in the sense that:
With the tax rate, it will serve as a means of more revenue for the government. Measures to be taken by the government would include enlightenment for the masses about the dangers of these drinks, decrease in death rate etc this way it favours the masses too…

I don’t think this is the best to curb excess in take of sugar. Already,there is inflation in Nigeria now you want to add tax on sugar. That is not right.you are only increasing the level of poverty in Nigeria.