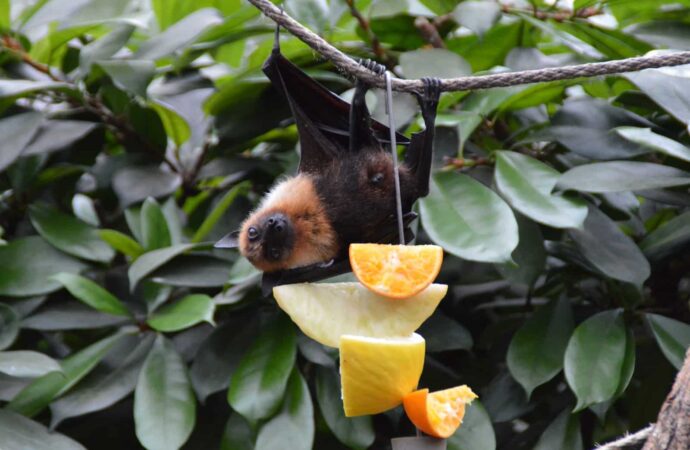 About a month after the World Health Organization (WHO) confirmed an outbreak of Marburg virus in Ghana, the University of Abuja Teaching Hospital (UATH), Gwagwalada, has notified the hospital community “of an outbreak” of the virus. In a leaked internal memo on August 12, 2022, which was signed by the Deputy Director of UATH’s information unit, Sani Suleiman, the hospital notified of the virus and called for caution. The memo was addressed to the staff and heads of various departments in the health facility. Mr. Suleiman confirmed the authenticity of the memo titled, “Outbreak of Marburg Disease and COVID-19 Infections,” in a phone interview with the press but said that there was no cause for alarm.

The memo reads in part, “The Management wishes to notify the entire hospital community of an outbreak of Marburg disease and upsurge in COVID-19 infection. Consequently, the attention of all Heads of Department and members of staff is hereby drawn to ensure adequate surveillance and hygiene by observing all protocols of prevention.” Marburg is a highly infectious disease that is said to be in the same family as the virus that causes Ebola, both of which are members of the Filoviridae family (filovirus). It causes a rare, highly infectious viral hemorrhagic fever. The non-airborne disease is transmitted to people from fruit bats as a result of prolonged exposure to mines and caves that have Rousettus bat colonies. It spreads through human-to-human transmission via direct contact with the blood, secretions, organs or other bodily fluids of infected people, and with surfaces and materials contaminated with these fluids.

The hospital management clarifies the memo to avert panic.

The Nigeria Centre for Disease Control (NCDC) said, “The initial symptoms of the disease include sudden onset of high fever, chills, headache, body aches which may be accompanied by a rash, most prominent on the chest, back and stomach, nausea/vomiting, chest pain, sore throat, abdominal pain by the fifth day of illness. Increase in severity of the illness can be heralded by the appearance of severe watery diarrhea, jaundice, inflammation of the pancreas, severe weight loss, bleeding from multiple areas, delirium, shock, liver failure, massive hemorrhaging, and multi-organ dysfunction and/or failure. In fatal cases, death occurs often between 8 and 9 days after symptom onset. The case fatality rate for MVD is estimated to be 24 to 88 percent.”

When he was speaking to the press on August 14, 2022, Mr. Suleiman advised Nigerians not to panic and insisted that the cases are still being investigated. He said the memo was a cautionary one, which was addressed to the hospital’s workers and not for public consumption. He urged the media to report it responsibly to avoid unnecessary panic. “This is supposed to be an internal memo meant only for the management and staff but released to the public. It was simply meant to caution the workers against abandoning the protocols. I wrote that memo from one committee’s report to sensitize the people in the hospital further measures will be explained further for people to understand. So, it is not like there is an outbreak in Nigeria or in the FCT,” he said.

The history of the virus outbreak and NCDC’s guidelines.

The Ghana Health Service (GHS) confirmed the first two cases of the virus in July. This came after a preliminary finding of the cases from the Ashanti Region earlier in July by the country’s Noguchi Memorial Institute for Medical Research. The results were reportedly sent to the Institut Pasteur de Dakar (IPD), Senegal, with support from WHO, where they were confirmed to be the Marburg virus. “The two patients from the southern Ashanti region – both deceased and unrelated – showed symptoms including diarrhea, fever, nausea and vomiting. They had been taken to a district hospital in Ashanti region,” the WHO disclosed in the preliminary report. The GHS head, Patrick Kuma-Aboagye, said 98 people identified as contact cases were then placed under quarantine, adding that “this is the first time Ghana has confirmed Marburg virus disease.”

Although the NCDC is yet to react to the latest discovery of cases and its investigation, it had issued some guidelines in July aimed at guiding the public on preventive measures. The agency said it was on a high alert following the Ghanaian experience. Its Director-General, Mr. Ifedayo Adetifa, said in the statement that no case of Marburg virus has been reported in Nigeria but that several measures were being put in place to prevent its outbreak. Mr. Adetifa said following the proximity of Ghana to Nigeria as well as the WHO alert, the NCDC led multisectoral National Emerging Viral Hemorrhagic Diseases Working Group (EVHDWG) has conducted a rapid risk assessment to guide in country preparedness activities.

The NCDC has highlighted measures to which Nigerians should adhere to prevent the outbreak of the virus in Nigeria. The agency urged Nigerians to avoid non-essential travel to locations where the outbreak is reported, and avoid direct contact with blood, saliva, vomit, urine, and other bodily fluids of people suspected or confirmed to have the virus. Other measures announced by the NCDC read: “Ensure all persons with the symptoms described above are promptly taken to healthcare facilities for diagnosis and initiation of supportive treatment. In suspected and/or confirmed MVD cases, direct physical contact should be avoided by ensuring strict isolation, the use of protective gowns, masks, gloves and safe disposal of needles, bedding, and other contaminated materials. Strict practice of infection prevention control in the healthcare setting for all suspected patients.”

Nigerians needs to be careful about another outbreak of disease,the health sectors needs awareness for the citizenry in order to know the symptoms, prevention and where to visit at any time.

The Nigeria Center for Disease Control should take note of the warnings given by the Uniabuja hospital. We should be wary of the Marburg Disease. There should not be any outbreak of such disease in Nigeria again. Let us all take precautions. The Federal government and the ministry of health should also be notified.

We all should be cautious of this deadly virus, follow the preventive measure laid out by the health care service, and spread more awareness about the Marburg virus to ensure our friends and family stay safe and prevent another virus surge.

With the guidance of the health sectors, Thorough awareness about the Marburg virus should be given to the citizens to avoid another outbreak in the country….The awareness should comprise topics like the causes, symptoms preventive measure etc. Continuous awareness and check ups for the citizens should always be on.

Fruit bats can spread a disease to humans by extended exposure to mines and caverns inhabited by colonies of Rousettus bats.

Reporting on the Marburg disease should be done in a responsible manner by the media in order to prevent unwarranted alarm among the general public.

Nawa oo, quick announcement should made to publish to know about the virus before it circulate. Abeg health should do the needful

The government should provide the ncdc with more funds so they will be able to get materials that can contain this virus.

These Ncdc officials cannot be trusted with money, if the government gives them money to combat this disease they will embezzle it.

Nigerians should avoid travelling to areas like Abuja where the outbreak is recorded unless it is absolutely necessary, and they should also avoid coming into close contact with the blood of infected people.

It is imperative that the government take a number of preventative steps in order to stop the spread of the Marburg virus across the entirety of the country.

As citizens, we have a responsibility to make sure that everyone who exhibits signs of the virus is transported to a medical facility as soon as possible so that a diagnosis may be made and supportive treatment can begin.

NCDC should start taking steps to curb the wild spread of the virus. Also locations where the virus have been recorded should be flagged red.

In the context of medical care, all patients who might have an infection should be subjected to stringent infection prevention and control measures.

We have gotten an information about the possible out break of Marburg disease in Nigeria through UniAbuja hospital. Now what are the precautionary measure that should be taking by the masses and by the government to prevent it spread if eventually there was an outbreak? I hope our government will be proactive about it.

Thanks to the UniAbuja hospital for the information about the possible outbreak of Marburg disease in Nigeria. Every Nigerian need to be at alert and keep on with the hygiene process. Our government too need to setup every necessary things to contain any form of Marburg outbreak.

The Marburg virus is one of the virus disease that spread fast but proper care and precaution measure were taking quickly,it can be stop the spread and eradicate completely but with the situation of Nigeria health system double work is needed.

Marburg disease has tendency of spreading fast, the university Abuja teaching hospital have done a good job by informing the public about it

The symptoms of Marburg should be properly explained, so when we people notice it , they will at least quarantine themselves and prevent others from being infected

People should avoid areas where the outbreak is rampant for now, their safety should be their priority