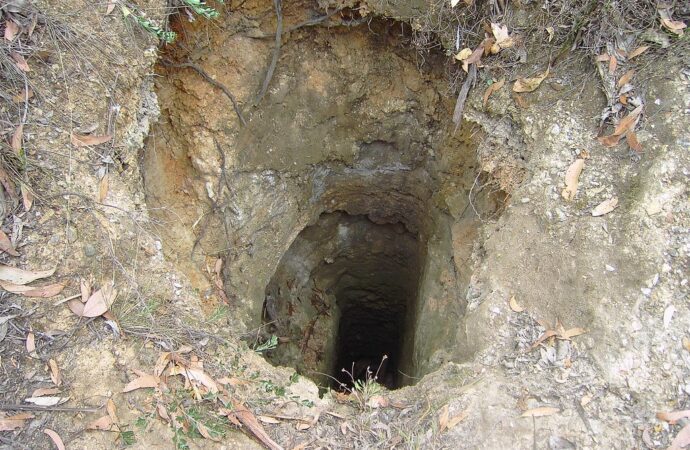 There has been a recent intensification in the cases of illegal mining activities, which have increasingly become an employment source in many communities in Nigeria. More importantly, these activities have continually attracted bandits and criminal individuals, raising government’s concerns. In 2019, the federal government had to ban mining activities in Zamfara state, as a result of the bedeviled invasion of bandits that led to numerous deaths and kidnappings in the state. In light of the federal government’s ban on unlicensed mining, miners in Edo state have hugely criticized this decision, demanding the government to overhaul its security architecture and rescind this decision.

Communities like Dangbala, in Akoko Edo Local Government Area, Edo State, has witnessed problems with illegal mining. The community, known to be vastly pastoral with residents that practice subsistence farming for survival is said to have been sitting on a huge goldmine and other mineral resources that would help uplift them to good fortune. However, discovery of the goldmine has done little or nothing to elevate the community and it’s inhabitants from the poverty level. This is implicitly as a result of numerous illegal miners that continually exploit the community’s resources. Prior to the state government’s decision to ban mining activities across the state, these illegal miners were reported to have generated millions of Naira based off these illegal activities.

In fact, this discovery has been reported to have overturned the peace that Dangbala community enjoyed due to the invasions of illegal miners. Mustapha Fawaz, an invested miner in Edo state and Managing Director, Macana Nigeria Limited, speaking on the development of the ban on mining however asserts that the federal government‘s plan to ban mining activities across the country would be a counterproductive move. Accepting the increase in illegal activities associated to mining, he posited that the ban would immensely have economic repercussions due to the fact that mining penetrates into every sector in the country.

However, despite the governmental ban, one of the community leaders in Dangbala have complained of the continued illegal mining that goes on in the community. According to him, the community has witnessed an increase in cases of illegal mining and invaders working at night, which he believes have given a rise to criminal activities like kidnapping, rape and banditry in the community. Appealing to the state government to come to the community’s aid as regards improving its security measures, he noted that they felt unsafe in their community, with criminal cases on the rise where they cannot go to their farms and wives being raped in the presence of their families.

Illegal mining, an economic sabotage that must attract huge punishments.

The Edo state chapter of Miners Association of Nigeria however appealed to the government to rescind its decision to ban mining activities, noting that the multiplier effect would affect the delicate economic situation of the country and over 20 thousand people in the state will be thrown off the labor market. Additionally, the association asserted that loss of investment and revenue due to the manufacturing industries’ dependence on products from these mined resources, youth unrest and mass unemployment should be an after effect of the ban on mining. The inability of the appropriate authorities to maximize these natural resources have been blamed as the reason for the encouragement of illegal mining that have thrived across the country.

Recalling 2019, the state’s Ministry of Mines and Steel Development got the information of an illegal mining situation of gold being mined without a valid license in different locations with many materials like bags of gold ore and tantalite retrieved. It was also gathered that foreigners were bankrolling these illegal mines, aided by Nigerians. Mr. Olasukanmi Ayeni, Chairman of NSCDC in the state asserted that these illegal mines were a means of economic sabotage that should attract huge punishments. According to him, there has been numerous reports on illegal mining and miners possessing sophisticated weapons.

States like Kebbi, Plateau and Kogi have also witnessed problems with illegal miners, where the governments are also taking respective steps towards regulating mining in the states. These illegal activities however devastate the physical environment, causing deforestation, habitat loss and biodiversity. The Commissioner for Environment and Solid Mineral Resources in Kebbi state, Hatatuseen Jega, on the measures taken to eradicate illegal mining, noted that the government had improved the security operations around the areas of illegal mining operations by arresting these illegal miners. He also said that the states, in cooperation with the Federal Mineral Resource Department are working on securing licenses for those who are willing to mine legally and fulfill their obligations.

Nigerian government cannot just make laws to make illegal minings in the country to come to a stop becauseost of these miners especially chinese are working for our so called leaders so our interest cannot be protected because of money has changed hands.

Illegal mining is really affecting our economy adversely, the government should not just make laws to stop it , they should also take actions against it.

Mining should be a means of elevating our economy and not a means destroying the state of the economy, the government should put measures in place to ensure that illegal mining is being eradicated

Putting a ban on mining is a difficult move that will cost the people of the state and our economy. Instead, the government should upgrade the security system and punish those caught engaging in illegal mining to protect those who are willing to mine legitimately.

This Government is quick to see illegal things but they not working at all, look at the security level in the country, what has this country achieve as a great country. mining or no mining is not our major problems.

It is the responsibility of the federal government to ensure this local illegal mining is stopped. If the government is serious enough, they will ensure they arrest and prosecute offenders who still continue to engage in this act.

Illegal mining is problematic, but in many places across Nigeria, a number of people are already turning to it as a form of work.

It is horrible that there has been a recent uptick in the number of instances involving illegal mining activities; this is because it is having a significant negative impact on our economy.

Concerns should be raised on the part of the government due to the fact that these illegal mining activities continue to attract bandits and other criminals.

These illegal miners won’t let the people of a community that their land is blessed with gold to enjoy their gold because they are always tapping it illegally. They should be stopped.

It has been stated that these illegal miners made millions of Naira from their endeavours before the state government decided to restrict mining activities across the state. They should be apprehended and severely punished.

The government has to increase security measures in these hotspots for illegal mining activities so it can actually be curbed and reduced.

The illegal miners are making the society people poorer because they won’t be able to reap the benefits of their land, and that is sad.

Improving security in mining areas os a good move to curb the illegal mining. However the government need to be proactive and find a lasting solution.

The promotion of illegal mining, which has thrived across the nation, can be attributed to the failure of the appropriate authorities to exploit these natural riches.

The government knows what goes on in the country regarding illegal mining sites. Now it seems like they willing to issue out licenses for whoever can show face. I don’t believe that. I think they looking for a scapegoat. Someone to blame for their own lack of enforcement.

The demerits Illegal mining has is on the high side. Federal government should ensure local illegal mining is stopped. Asap!

Unlicensed mining businesses continued following federal government’s ban because some government officials must have partner with them to give them such guts. If the government refuse to do the right thing then the activities will continue unabated.

The level at which illegal mining is going on in Nigeria is very alarming and lots still need to be done by the government to curb it or eradicate completely but the level of corruption going on in term of the agency responsible to curb this menace is too much so that’s why little development is archive.