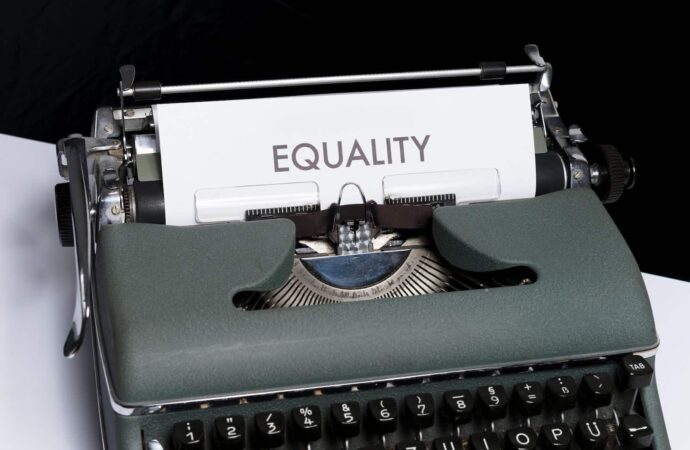 Dr. Habiba Muda Lawal reveals the gender based challenges of the country.

Dr. Habiba Muda Lawal, FMR Secretary to the Government of the Federation, is a philanthropist, and a seasoned administrator who has initiated and facilitated the development of the National Gender Policy and its Implementation Framework. She was born on June 3, 1963, to the family of Alhaji Garkuwa Adamu at Bununu, Tafawa Balewa Local Government Area of Bauchi State. She was also the first girl in her local government to attend a secondary school. A community where female education is not encouraged.

The erudite scholar attended the Gyamzo Primary School, Toro from 1970-1976, before she proceeded to attain he West African School Certificate at the Federal Government College, Kaduna from 1976-1981. She thereafter pursued a career in Ahmadu Bello University, Zaria, for B.Sc. Chemistry from 1982 to 1986. Proceeding in her career, she obtained a Master’s degree in Inorganic Chemistry from ABU, Zaria, in 1991, and a PhD in Inorganic Chemistry from Abubakar Tafawa Balewa University (ATBU), Bauchi, in 1997. Asides these, she also has a certificate in Professional and Personal Competence in Women’s Development from the University of East Anglia, Norwich, Great Britain.

The gender advocate, Dr Lawal, stated that her career in Women Development was birthed through a British Chevening Scholarship which she got after her PhD, from the British Council. Through the scholarship, she was opportune to go for a Diploma in Development Planning, and a Professional and Personal Competence in Women’s Development. With experiences gained from this career, she mentioned some factors hindering women in politics in Nigeria, are money, godfatherism, and cultural and patriarchal issues.

It is also to be acknowledged that the philanthropist has earned renowned posts in the country, leading female activities. She was the Director of Women’s Affairs, from 2005-2007. After which she became the Permanent Secretary, for Federal Ministry of Women Affairs and Social Development in 2013. Afterwards, she became director of women affairs, piloting the development of the first Gender Policy for Nigeria. Awareness was also created to the issues of Nigerian women, granting them opportunities across sectors in different levels.

There are 2,700 ecological challenges across the country.

In addition, speaking on the country’s ecological fund and project office, she explained that the Ecological Fund was created in 1981, as a result of the Okigbo commission, with the purpose of ameliorating ecological challenges in the country. In a bid to achieve this, the Revenue Mobilization Allocation and Fiscal Commission was set out a certain amount, just above 2 percent of the sales of crude, are to be put into use by the federation, to sort the ecological challenges.

She further stated that in 2017, after documenting all the ecological challenges in Nigeria, it occurred that there were over 2,700 ecological challenges across the country. This development means that the current ecological situation is static, and with no changes and development for the next 40 years. The volume of funds available at the moment would only solve the ecological problems which the country has presently. A disadvantage to the conclusion of the problems is that some agencies do not use funds received for ecological purposes.

The minimum ecological fund should be increased to five percent.

Dr Lawal therefore urged the government to review unfaithful agencies and increase the minimum fund to five percent of the whole derivation on ecology. The state should also own the ecological state office and ensure to utilize their funds just the way the federal government does. Public awareness, prevention, and advocacy should also be considered. These acts, when effectively put in place, would actively ameliorate the ecological challenges, and the sufferings of people, across the nation.

I think for once government should listen to advise of experts on certain issues like this in order to alleviate the ecological challenge’s being faced by the people in the country.

The ecological challenges in Nigeria need to be focused upon. Our environment should be well catered for and taken care of. Our communities are behind debilitated. They need funding and should be well managed.

Dr Lawal notion on the issue of ecological challenges seems to be noteworthy, the government should act upon it to address the static ecological situation in the country.

The government needs to take is follow and do necessary thing to stop the ecological challenge people are facing. Environment needs to be taken of and safe. Government should try and take the advise been state out by the expert on this kind of situation

Ecological challenges should be looked into. Government should heed to advice of the experts and do all in their capacity to ensure our environment are well taken care of.

The government should investigate dishonest agencies and spend at least 5% of GDP on environmental protection.

An understanding of the challenges faced by Nigerian women is necessary if they are to be given equal access to opportunities in all fields and at all levels of society.

Government of this country Nigeria need to be serious for one. They are not taking any thing serious which is very bad. Ecology system should be taking serious

The amount of finances that are currently available would only be sufficient to resolve the environmental issues that the country is currently facing.

Money, cultural and patriarchal issues, are some of the obstacles that prevent women in Nigeria from participating in politics.

Similarly, the state ought to have ownership of the ecological state office and should make certain that its finances are used in the same manner as those of the federal government.

The failure of several organisations in this county to put ecologically-motivated funds to use is a significant contributor to the county’s ecological crisis.

In order to combat the ecological problems that we face as a nation, we should also think about raising awareness, preventing problems, and advocating for solutions.

The government should investigate the possibility of enacting policies that, once successfully implemented, will actively alleviate the ecological challenges and the sufferings of people across the nation.

The government should do well to look into agencies syphoning these funds. Because they also contribute to the ecological crisis.

2,700 ecological challenges that has remain static for 40 years that shows the corruption in the pancreas of Nigerian system. If you reduce it you will only complicate the matter. I would that a system should be generate that sees into the level of achievement and development. In this way you can always checkmate corruption.

Truly the ecological challenges in Nigeria need serious focus. For such a long time nothing has been done to solve over 2700 ecological challenges and some money is being allocated to it. Government need to look into this area critically. Reduction of allocation is not the solution to this. Corruption and nonchalant attitude towards anything that has to do with the government by workers and government officials need to corrected.

Seriously work need to be done concerning the ecology challenge in Nigeria,in term enlightenment, advocacy and more and also one of the major issue in all this is high corruption level which bedevil all the agency and parastatal of government.

Since funds are available, the government should just work on means to put an end to ecological challenges in Nigeria

Advocacy, preventive, and public education should also be taken into account. When effectively implemented, these measures would actively lessen both the ecological problems and the suffering of people all around the country.

To ensure that Nigerian women have equal access to opportunities in all sectors of the economy and at all societal levels, it is important to recognize the difficulties they encounter.