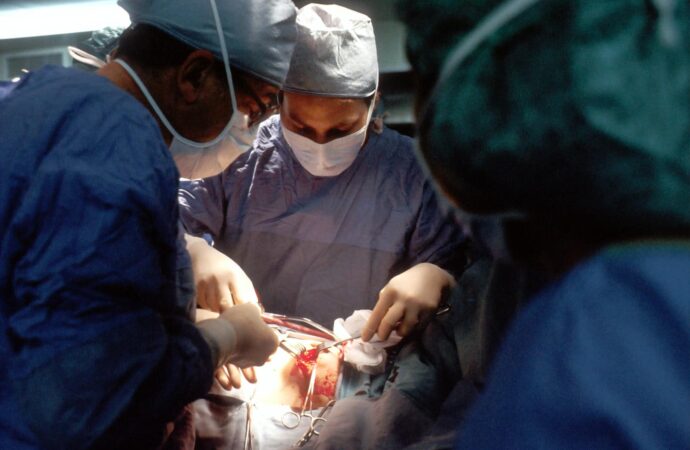 A hospital employee in London refused to remove a vital organ from a 15-year-old Nigerian boy who was allegedly trafficked by the former deputy president of the Nigerian Senate and his wife. This decision was made in order to protect the safety and well-being of the patient. The employee, who wished to remain anonymous, said that the hospital had received a formal request from the Nigerian embassy to remove the organ from the patient.

The employee said that the patient had told them that he had been brought to London by the former deputy president and his wife, who had promised him a better life. Right away after his arrival in London, he was forced to work really long hours as a domestic servant with no days off and little to no pay.

Patient’s appearance did not match the information on his passport.

Ike and Beatrice Ekweremadu are accused of taking a homeless youngster from Nigeria to the UK to transplant his organs into their daughter who is suffering from kidney failure. The Ekweremadus’ are accused of promising the young man, who is only 15, a better life in the UK if he agreed to the transplant. However, once he was in the UK, the Ekweremadus’ allegedly took him to a hospital for the procedure. The suspicious doctors were able to stop it before surgery began.

15-year-old was given a 21-year-old’s passport in order to gain entry.

The couple was arrested on Tuesday (June 21st) at Heathrow Airport as they attempted to board a plane to Turkey, where it was believed that another organ awaited them. Going to Turkey arises because, allegedly the couple were unable to continue the process in the UK. The couple is facing charges of child neglect and abuse, as it is believed that they were planning to have the homeless child undergo a dangerous and illegal medical procedure. The child is currently in the care of social services, and the accused couple are facing a lengthy jail sentence if they are convicted.

It has been revealed in court that the 15 year old was given a 21 year old’s passport in order to gain entry into the UK. The teenager only realized he had been brought to the country for the purpose of donating a kidney when he attended a hospital appointment with the couple. The 15-year-old, who cannot be named for legal reasons, was duped by the couple who promised him a better life in the UK.

The veracity of this story has not been proved yet. It is still developing. There is a discovery that the guy alleged victim is not homeless and he isn’t underage. He wanted to seek asylum in UK through lies he made up himself, using the perilous situation of the former deputy senate speaker’s sick daughter to his own advantage .

There’s a lot more to this story. Also to those who feel the guy isn’t homeless, and he’s trying to seek asylum. That’s kinda a lame speculation. First of, who does he live with? Were they aware? Was the guy aware too before he was transported?
From another perspective now, what if he was manipulated, he’s most likely vulnerable and they took advantage. Who doesn’t want to leave this hell hole. The difference is just that some are more vulnerable and gullible, that’s why the end up being deceived. Only to end up being exploited when they get there.

This is absurd, simply because you are rich does not mean that you should cheat an innocent boy of 15 year old. If this young boy was to come to the Ekueremadu for help it will not be given to him, but now they have a sick daughter who needs help so the young boy is now the best option. It is well

There are alot of story and incident than this, power is talking because the as the power does that mean they can do anything they like our country law need to be straight up no bend of law, law is supposed to be above all of us but some they are above the law. They don’t even fear God at all our country as to be balance. They have to be punished and if they are not punish God will judge them that one sure, try to take out organ of one child for their own child they don’t remember this child also have parent, the child was also born like they born their own child is unfair try to power rule others because they have power, money and connection. This world system is fucked. may God help us in this world

There are different theories concerning the senator Ekeremadu and wife’s case harvesting organ of an underage for their daughter,the matter is before the court in Uk so let’s wait fo the outcome after the investigation

this one really wick me ooo, because of money some people will take advantage of the poor ones. Under age for that matter. Am waiting for the law over there to pass their judgement on this mather

These people are extremely wicked how will you want to take a minors kidney in exchange for a better life in the UK. That’s pure wickedness

They deserve to be severely punished for this evil act; thank God it’s the UK that is going to take this matter up and not Nigerian courts

Things like this have been happening a lot in the country, so thank God they got exposed if not they’ll keep doing bad things like this.

Thank God the hospital employee was smart enough to detect the age of the minor because if he hadn’t detected it, their evil mission would have been completed

These people are wolves in sheep clothing; they are posing as if they are good people with good mindsets. I hope justice prevails over them

The couple should be penalize according to the law without any bail. Our leader takes law here in Nigeria as a toy to play with and believe its only do the mere citizen, it serve them right as they are caught in a foreign country that can uphold law on anyone.

This is clearly child abuse no excuse Ekweremadu and his wife should be jailed for sure for them to know truly what there crime is and that they have committed one of the biggest crime.

Government should ensure there is tighter security in these airports because this is not right at all and will only go on to hurt us more.

Evil people like the Ekweremadu’s are damaging our country’s reputation with this kind of vile acts being perpetrated by them. They should be punished!!

It makes no sense to take advantage of a 15-year-old lad just because you are wealthy; just because you have money does not give you the right to do so. They need to suffer for what they have done

I believe in a fair and proper hearing before judgement should be taken and a well-deserving punishment to whoever is found guilty, so let them go for trials first and let’s see the outcome because this is so vile

I can’t imagine seeing this, this is wickedness.

Thank God UK is Not like Nigeria, they would have harvested the boy organ successfully.

Karma is a real

We need more good people like this doctor because he went as far as getting to the root of the matter when he sensed something foul going on. Kudos to him

How the papers and details went through and weren’t detected by immigration is of no surprise to many because of “connection”. Law is supposed to be above all but some they are above the law but in Nigeria, it is a different case What do we expect? They deserve to be punished for the illegal act; I’m glad the UK is taking the case up. This would serve as lessons to others traffickers.

What a shame for the Ekueremadus, why can’t you help the poor boy without removing his kidney. The boy is 15 year old.he is too young. Legal action should be taken again the Ekueremadus to deter others from repeating similar things.