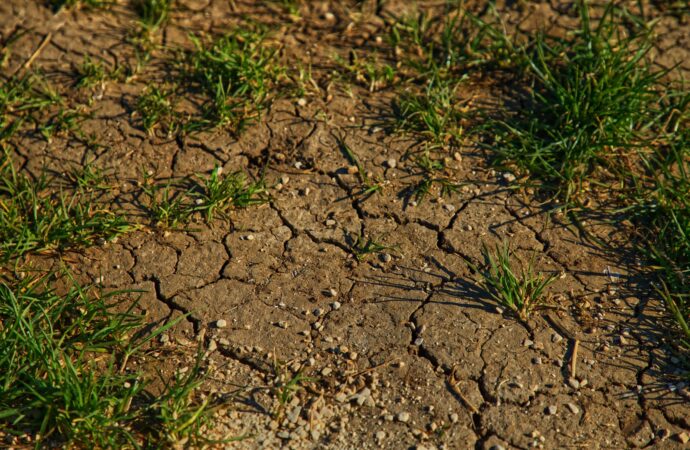 Huge concerns have been expressed over the deterioration of lands in Anambra state, where gully erosion has affected over 70 percent of the landmass in the state, whilst also threatening the lives and properties of the residents in the affected areas. The state’s Commissioner for Environment, Engineer Felix Odumegwu recently raised this concern at the Nigeria Erosion and Watershed Management Project (NEWMAP) -Implementation Completion and Result Report Mission (ICRM), where he advised of the current situation of this site as intensely precarious, stating that the erosion sites across the state have been put at over 1000, by the state’s Minister of Works.

He further maintained that while the state has the second highest population in Nigeria, it continues to face existential menaces due to the land-threatening cases of erosion. Statistically, Anambra state possesses the most active numbers of erosion cases in the country. Most of these erosion cases are reported to be mostly caused by man-induced activities that has made the soil really weak and susceptible. While there had been previous experiments at curbing these erosion cases, it focused hugely on the post-erosion management which were procured after lands had been destroyed. The Minister however pleaded with stakeholders to also help in curbing this menace.

Climate change, one of the issues to cause environmental degradation.

However, stakeholders have stepped up attempts to reclaim the erosion site around Urunnebo, Enugwu-Ukwu community of the state by planting numerous trees around the area. A measure has been established with the aim of salvaging this land-threatening menace, regarded as “Forest Restoration”, a project organized by the Nigerian Conservation Foundation (NCF) partnering with the Anambra State’s Ministry of Environment, Nigeria Erosion and Watershed Management Project (NEWMAP), as well as the Community Resource Management and Conservation Initiative (CRMCI). This project is also supported by ATC Nigeria Wireless Infrastructure Limited.

Reporting on the state of the Urunnebo, Enugwu-Ukwu site, NFC Programs Development Officer, Joshua Dazi, stated that the climate change was one basic issue that have recurrently caused environmental degradation in these communities, due to the fact that over 95 percent of the forest areas had been lost. The forest areas had been so immense in protecting the soil from natural and man-made activities that weakens the soil and cause it to run off velocity. He declared that the project was aimed at creating an awareness for people to understand the need for environmental restoration, as they work towards retrieving erosion-affected areas in the state.

Residents must help this problem by nursing and protecting trees.

He further asserted that the Forest Restoration project is set to commence with the plantation of over 3600 trees; 1000 trees at Urunnebo and the Nweni Icho site, projected to take about 2,600 trees. Numerous trees like the bread fruit, Melina, Pea and Udara are set to be planted along the erosion control channel. This is designed to help salvage the issue of recurrent erosions in these communities, as well as provide economic vibrancy in the state, as these economic trees will be accrued to serve basic needs like food, whilst also being sold for money.

Dazi, has however implored the residents to be helpful in this fight for reclaiming the erosion sites by nursing and protecting the trees, as it will extremely go a long way in saving the environments from impending erosion threats. With these trees, rainfalls which causes splash erosion will be intercepted and stopped. These trees will also help in the reduction of water in the soil by transpiration, where their roots bind the soil to sloping ground.

Also, the President General of the Urunnebo community, Sir Greg Egenti commented that the erosions did cost so many residents their properties, with houses and structures intensely damaged or collapsed. He averred that the project to reclaim the erosion sites commenced in 2016, whilst also appreciating Anambra state government, world bank, NCF amongst others for their quotas towards salvaging this erosion menace. Professor Nnadube further commented that the planting of trees would create important vegetation cover and needed erosion control in these areas by conserving the soil. Mrs. Okeke, an ex executive member of the women wing in the community also recommended this effort, asserting that the trees will be hugely beneficial to the residents of these environments.

Anambra really needs to take good care of it’s environment because of the climate change the planting of trees would really help to save their environment from the issue of erosion,this has been going on for long and I trust with the new Government in place things will take a new turn for the people.

Effects of climate change and sometimes human catastrophic behavior causes erosion. Anambra state erosion issues has been a topic for some years now. Regardless of the outcry from the state, the federal government has yet to do anything. Deforestation, poor irrigation system, lack of drainage system and other things are major factors for erosion. We have environmental experts making noise about this issue and nothing seems to attract the government attention. Buhari govt promised the country to plant millions of trees, we knew that hundreds of thousands trees were planted but none was recorded in Anambra state. Another Buhari govt failure again.

Nigerians don’t act quickly when problems are still manageable until the situation get out of hand.The issue of erosion in Anambra state has been in existence for ages but nothing much is been done to curb or reduce it then but because it is getting out of hand now,they will definitely find solution to it.

The environmental degradation has made the lands susceptible to erosion. A lot of trees should be planted on these lands. It will help give cover to the soil and the velocity and nutrients of the soil won’t be lost. We need to look for other practical ways to prevent this erosion in Anambra affected lands. The stakeholders should play a major role in revamping these lands to preserve their nutrients and not lose them to erosion.

I think the erosion has been there for a long time, if something is not serious government don’t look into it. The minister of environment should plan very well to know where to channel the water

One of the major problem that we are confronted with when it comes to the issue of erosion is lack of information. Majority lack basic knowledge of the causes and how to prevent erosion that is why Anambra state is experiencing erosion that has claimed 70% of their landmass. Let the state government create and intensive awareness about erosion and how to prevent it, the importance of tree planting and to desist from activities such as dumping of refuses and constructing building along water run ways and drainages.

Kudos to stakeholders who are willing to end erosion in Anambra state. More importantly, the State Government should endeavor to educate the people of the state on the need to stay away from activities that result in erosion and should learn how to plant trees in the environment to be able to control erosion.

Educate people to know how to control erosion like planting of tree and go away from the activities that can cause erosion, people need to have knowledge about all this so that can stop been the cause of erosion so awareness should be create about how to do with erosion

The effects of climate change were one of the fundamental factors that were repeatedly responsible for the deterioration of the environment in these Anambra communities.

Negligence is what gives rise to this in the first place.

We should learn to take responsibility for things that surround us.

Kudos to the stakeholders for coming to people’s aid, however more ways of preventing further harm should be made known to the people.

Erosion is a big problem everywhere in Nigeria because of our weather and the government’s neglect of our roads; the government has to d better.

The Anambra State’s Ministry of Environment have done really well with the idea of Forest Restoration that will bring about more benefit to the community and mitigate the erosion damage in the areas.

These stakeholders have taken a bold step by introducing the forest restoration program, the residents of anambra should also do their part by nursing and protecting the trees which will also benefit them in the long run.

The stakeholders have put in there effort in curbing this effort this time around which is for the best but the best way to control this is post-erosion management, making people know how to prevent such menace and, the damage erosion can cause to land.

Because of the reduction in the amount of land covered by trees, climate change was one of the fundamental factors that were responsible for the ongoing degradation of the local ecosystem and the erosion that it generated in these communities.

Forest restoration is a good step. Kudos to the Anambra State’s Ministry of Environment. Also people should be educated on how yo prevent erosion in their environment.

The forest regions had been so enormous in terms of safeguarding the soil from both natural and artificial activities that cause the ground to get weakened and lead it to run off at a faster rate.

This forest restoration will go along way in helping them reduce the rate of erosion. People of anambra need to be enlighten on how they should partake in this program and how much benefit they will get from it

It is wonderful that they wish to take the step of planting trees since these trees will assist lower the amount of water in the soil through a process called transpiration, in which their roots bind the soil to sloping terrain.

They can significantly lower the rate of erosion with the aid of this forest restoration. Anambra residents need to be educated on how they should participate in this program and what advantages they would receive from it.

This program is designed to help salvage the issue of recurrent erosions in these communities, as well as provide economic vibrancy in the state

The erosion risk on the fields has increased due to environmental degradation. These regions ought to have a lot of trees planted there. The soil’s velocity and nutrients won’t be lost, and it will assist provide cover for the soil. To stop this erosion in the territories affected by Anambra, we must find for other doable solutions.

In addition to their role in preventing erosion, the trees will also play an essential role in the production of oxygen and clean air, which will be of great benefit to the people who live in these surroundings.

This new Forest Restoration program is very brilliant and will enlighten the people of Anambra on how to control this erosion issue.

Kudos to the stakeholders for coming to people’s aid with great ideas, approach and step by introducing the forest restoration program..
However, the best way to control this is post-erosion management, making people know how to prevent such danger and, the damage erosion can cause to land.