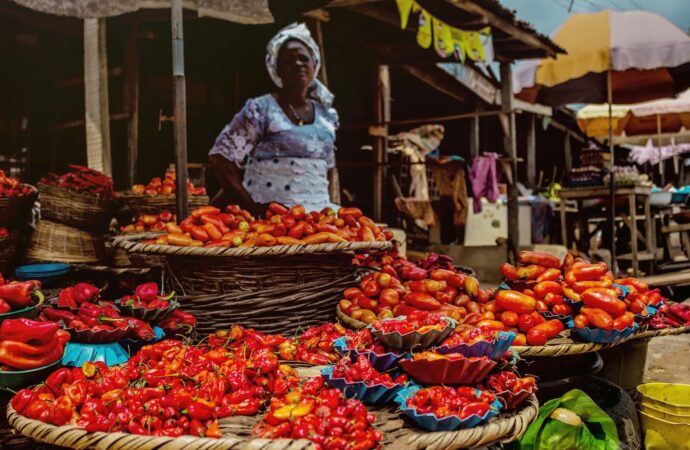 The growing economic deterioration that has ravaged the country continues to have ripple effects on all sectors. With the constant devaluation of our currency and different sectors threatening nationwide strikes, the country seems on the brink of an imminent economic collapse. Recently, the Manufacturers Association of Nigeria (MAN) have faulted the Central Bank’s hike in the Monetary Policy Rate (MPR). This increase in interest rates will pose to deeply affect the performance level of the manufacturing sector in the country.

Considering the innumerable constraints that already affects the performance level of the manufacturing sector, this decision to increase the interest rate has been described by the association as not being manufacturer friendly. The Manufacturers Association of Nigeria (MAN) has issued a poignant warning to the Central Bank of Nigeria, that the latest hike in the interest rate by a hundred basis point, from 13 percent to 14 percent will be increasingly detrimental to the daily operations of the sector, amid numerous inherent issues.

Interest rate increase would stimulate a surge in the current lending rate.

The Director-General of the Manufacturers Association of Nigeria (MAN), Mr. Segun Ajayi-Kadir in a signed public statement, expressed the association’s concern as regards the imminent effects of this decision, stating that this development was a major regression away from the single-digit interest rate regime. According to him, the ripple effect of this increase in the interest rate is posed at regressing the recovery rate of the sector, whilst reducing the sector’s contribution to the country’s GDP, due to lackluster performances.

Due to the deteriorating economic reality, the Monetary Policy Committee (MPC) reviewed and increased the interest rate by 1 percent and on this, Mr. Segun Ajayi-Kadir averred that this increase would imminently stimulate a surge in the current lending rate which will remotely cause a major surge in costs, resulting in a critical situation where the prices of goods and services increase astoundingly, with low sales due to lack of purchasing power and a problem of numerous unsold products.

Sector struggled to operate under the rigorous fiscal and policy reforms.

Dwelling on the fact that the manufacturing sector has evidently been struggling to operate under the numerous fiscal and monetary policy reforms, the DG claimed that the association was hopeful that the rigorous conditions for the access of development funding will be lax, so as to enhance the free flow of long term loans at a single digit interest rate, to improve the situation of the manufacturing sector. He also forwarded the association’s expectations that the MPC must ensure that imminent readjustments of the interest rate solely consider core inflation and not base decisions off headlines and food inflation, which will protect the sector from the backlashes of the interest rate increases and guarantee economic growth.

Evaluating the rapid surge in the country’s inflation rate, Mr. Segun Ajayi-Kadir asserted that beyond the known causes of this inflation like food scarcity, insecurity and shortage of raw materials to enhance production, factors like fuel scarcity, devaluation of the currency and continuous growth in the supply of money, extremely contributed to the inflation rate. He also explained that the prevalence in inflation rates will affect the manufacturing sector due to the increased cost in production, which will also affect the capacity utilization, invention and profitability of these manufacturing companies.

Government must implement policies to fight the pressures of inflation.

The DG however advised that the government must implement policies with more evaluated measures to fight the pressures of inflation, whilst improving the sustained infrastructural developments so as to reduce tendencies of the country’s economy from being vulnerable to external inflation. He recommended that the country reduce its reliance on importations to encourage local sourcing through an integrative incentivized system. He also asserted that the oil industry must be strategically positioned to benefit from global developments that prompts an increase in the prices of crude oil, whilst implementing feasible policies that will encourage private investments in the industry.

The main reason of price hikes in Nigeria is supply restrictions, which blunts its effectiveness in reducing inflation. something tangible needs to be done in order for the government to provide a good working environment for businesses to thrive.

Our government has handled this inflation issue poorly because it is not supposed to get to this point. There was a time that 1 naira was equal to 1 pound, but now you can’t even dream of putting naira besides pounds. The government needs to do better because this is causing more poverty in the country.

It is imperative that the government put in place policies that are both workable and conducive to attracting private investment across the country’s diverse range of economic sectors.

This increase in the interest rate is going to have a substantial negative impact, and that impact is going to slow down the rate at which our sectors are recovering.

The manufacturing industry has been struggling to thrive as a result of the economy’s deterioration and the inflation rate’s incessant rise. The monetary policy rate should be controlled so as not to impact other sectors’ performance levels. To reduce the pressures of inflation and regulate things, the government needs to put policies with more considered measures into action.

In order to bring down this rate of inflation, we need to lessen our reliance on imports and instead promote the use of locally sourced goods by means of a system that provides incentives for integration.

The increase in the interest rate calls for a lot of so much concern for the manufacturers, business owners and every well meaning Nigerians. The economic hardship is already crunching on us now the CBN thought the best way to alleviate our challenges to increase the interest rate. With this inflation everywhere in the country there will be an increase in crime rate in the country which very soon can eventually lead to anarchy which we are already experiencing: the activities of Boko Haram, Fulani herdsmen, ISWAP, Kidnapping etc. If nothing is done urgently people most people might take to crime.

The government has completely lost control of the economy.

An increase in interest rate can’t curb inflation. Rather, it will only make life harder for the less privileged.

Moreover, Nigeria is a nation that is highly dependent on importation.

The rise in interest rates will almost certainly have a significant and negative impact on the overall performance level of the country’s industrial sector, and that won’t be nice at all.

Due to the ongoing weakening of our money and the danger of statewide strikes by various industries, the nation appears to be on the verge of an impending economic crisis, and I pray to God that he helps us get through this difficult time.

The worsening state of the nation’s economy, which has wreaked havoc across the whole country, continues to have reverberating consequences across all areas, making life more difficult for the general populace.

To combat the effects of inflation in the country, the government needs to enact policies that include a more significant number of examined measures that do things will get better.

Last edited 11 days ago by Taiwoo
0

Increase in interest rate is not the best way to curb inflation right now, it will worsen the situation of the economy because manufacturers will not be able to source for fund from banks, which will lead to low production of goods.

Unless local production of goods and services improve in Nigeria there no way dollar exchange rate can be reduce and inflation rate will continue to increase.

The antecedent increase in interest rate is conflicting with mostly everything. Considering the hindrance and constraint the manufacturing sector have experienced in the country, having more constraints will only aggravate the performance level of the sector.

All this increasing the interest rate self. Everything have already increase in Nigeria yet government has done nothing, what is they plan self? Government of this country is frustrating us. This country is heart breaking. Tears everywhere, is not good ooo

The hike in interest rate actually makes businesses not to thrive. The government needs to come up with policies that will help businesses to grow in this country. The inflation is too much. Dollar rate is now 710. Something tangible needs to be done inorder for the government to provide a good working environment for businesses to thrive.

An interest rate is not a best way right now it will show negative side to the manufacturing industries, if the interest is high they will not be able to finance there activities, supply restrictions in our country is the main problem something should be done to the supply

An increase in interest rates might not have the same impact on lowering inflation in Nigeria as it does in other nations. The main reason of price hikes in Nigeria is supply restrictions, which blunts its effectiveness in reducing inflation. These include a lack of security in the nation’s food-producing regions, inadequate infrastructure, the war in Ukraine, which has driven up the cost of commodities like wheat, and a decline in imports as a result of the depreciation of the currency.

we shouldn’t assume that monetary policy will work in Nigeria the way it works in other countries. Its effectiveness in curtailing inflation in Nigeria is blunted because price increases are caused mainly by supply constraints.

just show me a commodity in Nigeria that is not increased everything from purewater,drinks,sweets,pepper,name them they you will fear for Nigerian survival,at time I marvel how people go through these in our dear country and they still come out as happy as ever and so strong with this believe that’s it’s going to be better