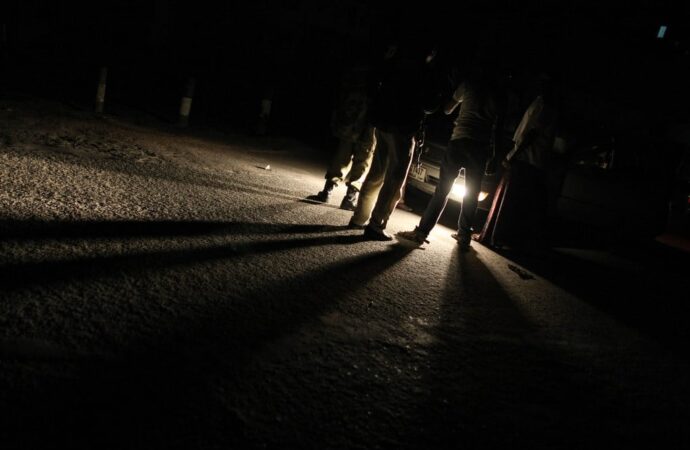 Due to efforts made removing these checkpoints, more security has been restored.

Operation Free the Port Corridors is an ongoing effort by the Federal Government to improve the flow of traffic and goods in and out of the ports. The second phase of this operation is nearing completion, and it is hopeful that it will result in the removal of all illegal shanties, checkpoints, and indiscriminate parks along ports access roads. This will create a more streamlined and efficient business environment, and will help to fulfill the Federal Government’s ease of doing business mandate.

The main focus will be on areas including Coconut/Berger Yard /Tin-Can, Mile 2/ Orile and Ijora axis with their surrounding areas especially. These areas have been identified as key areas of concern in terms of crime and violence. The goal of the operation is to reduce crime and violence in these areas through increased police presence and engagement with the community. The operation will also aim to build trust and rapport with the community, as well as to gather intelligence on criminal activity in the area.

Already has a positive impact on the lives of those living in the area.

In a recent speech, Minister of State for Transportation Gbemisola Saraki reaffirmed the commitment of her department to rooting out any and all corrupt practices. She advised that the project was proceeding smoothly and that all necessary measures would be taken to ensure its success. Saraki went on to say that the project had already had a positive impact on the lives of those living in the area, and that it would continue to do so as it progressed. She urged all involved to continue their hard work in order to make the project a success. The Minister’s words were met with applause from the audience, and it is clear that there is a great deal of support for the project.

For many years, the port corridors of major cities have been plagued by gridlock and corruption. These problems have become so commonplace that they are often seen as simply a part of doing business in these areas. However, there is hope that things may soon change for the better. a movement is growing to reform the way that port corridors are managed and operated. This movement is gaining traction as more and more businesses and individuals are beginning to see the benefits of improved port efficiency. The goal is to make the port corridors more efficient and to root out the corruption that has been allowed to flourish in these areas for far too long. If successful, this reform movement could have a major impact on the economies of the cities that are home to the area.

Still managed to achieve a number of successes.

There are a number of achievements that have been made by individual agents in order to stop bad behaviors. The main challenges that the individual members of the project face is inadequate logistics and operational needs to enforce the changes needed. This means that they do not have the necessary resources to effectively implement their mandate. However, despite this challenge, they have still managed to achieve a number of successes. For example, they have managed to raise awareness of the problem and have also managed to get a number of people to change their behaviors.

Current requests are being received by the ministry that are under consideration for possible intervention and immediate facilitation of logistics and operational needs in order to ensure a smooth and successful implementation. The ministry is working hard to assess all of the requests and determine what action needs to be taken in order to best help those in need. It is important that the ministry is able to provide the necessary assistance and resources in a timely and efficient manner.

More economic development and growth in the country.

The recent successes made during this operation in Nigeria has resulted in increased security and freedom for the people of Nigeria. This will allow them to travel and explore more freely, without the fear of violence or intimidation. The increased security has also allowed for more economic development and growth in the country, as businesses can now operate more freely and without fear of attack. This increased security and freedom will have a lasting positive impact on the people of Nigeria and their ability to improve their lives and build a better future.

Project to stop illegal checkpoints – Due to efforts made removing these checkpoints, more security has been restored. – Express your point of view.

Along with gathering information about criminal activity in the area, the operation will also try to build trust and rapport with the locals. This will be one of the operations’ objectives and it will be great for the populace.

This is a good development, as this will stop a lot of criminal activities.

We long to see more of such.

As a result of this operation, there will be a significant increase in national security, which will, in turn, allow for a more substantial amount of economic development and expansion across the nation. This is because businesses will be able to operate with less restriction and without the threat of being attacked.

The subsequent triumphs achieved in Nigeria as part of this operation have led to an increase in both the freedom and security enjoyed by the people of Nigeria, which is why we need to stick to it.

The goal is to improve the efficiency of the port corridors and to eradicate the corruption that has been allowed to thrive in these regions for an inordinately lengthy period.

The operation will also try to create confidence and rapport with the community in addition to gathering intelligence on criminal activities in the region. This will be one of the operation’s goals, and it will be very nice for the people.

The purpose of the operation is to cut down on the amount of violent crime that occurs in these neighbourhoods by increasing the police presence there and working more closely with the local community.

People are not only scared of kidnappers these days but they are also scared of being stopped and extorted. Several times when I travel, the bus I enter will be stopped over 5 times by different officers just to collect money from the driver. It will really be good if they can put an end to this.

This is brilliant for all these traders that buy and sell goods interstates because it will make the transactions faster and easier.

I adore this innovative thinking since it will make for a more efficient and productive working atmosphere in the business world.

Because of this plan from the government, the flow of traffic and commodities into and out of the ports will be improved, which is a positive development.

There will be free flow of traffic, safety of lives and properties again at the port if government can embark on what they have promised. This is what we have been waiting for.

This is a great news after long time of insecurities, lack easy flow of goods and bad traffic along that area. Sanity will eventually be experience in that area.

We acknowledged the fact.. the rate at which military personnel extort civilians is overwhelming likewise i don’t think any checkpoint should be regarded as illegal because the condition of this country requires it
The government should generalize it work on safety of the country.

Illegal checkpoints are definitely created for corruption, to exploit. However check points are needed to keep certain things in check. Buh check points with illegal activities should be allowed

This type of development is already overdue because it will make business easy for the cargo companies and it will seriously reduce the stress people are facing on a daily base along the port axis.

The rate at which military personnel extort civilians is overwhelming. The government should do their best to place a ban on illegal checkpoints so people can travel freely.

I don’t think any checkpoint should be regarded as illegal because the condition of this country requires military officers to be at every checkpoints . I’d rather say they should reduce the illegal activities of the military personnel .

illegal checkpoint should be stop, they are causing a lot of delay. Some of them even collect money from commercial buses

Stopping of illegal checkpoint must be done fast because all this illegal checkpoint cause delay in delivering goods, bribery and attack on people so people will be able to travel or move freely without violence. Increase of security will help the development of our country

This calls for serious security consciousness. Any illegal checkpoint which is not mandated or issued by the police force or military shouldn’t be allowed. Through these checkpoints, criminals in the guise of ensuring security perpetrate criminalities

Very long overdue in trying to eradicate this illegal checkpoints in and around the port. Illegal checkpoints are the major cause for goods and services delays and bribery/corruption. We should support the govt to upkeep security and uphold the promises made to clean up the mess. Effective working ports promote better economy and massive revenue for the nation.

Can check point be totally removed I don’t think so,there are still lots of illegal ones operating withing the nation but at least kudos to the government for trying to nip it in the bud,room for more improvement in this area