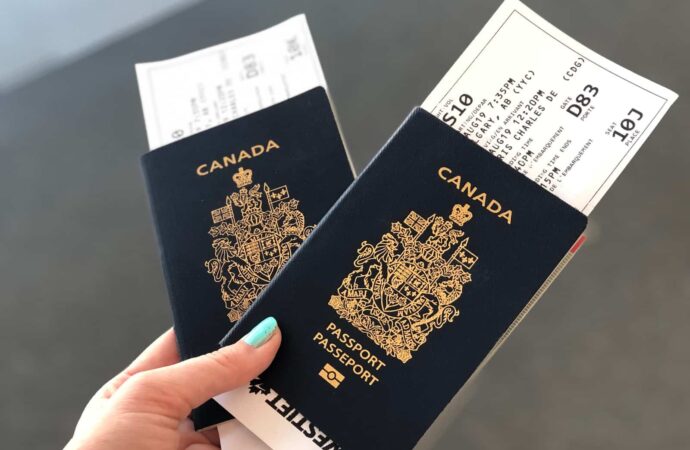 After 19 years, mother and son could be separated from their Canadian family.

After living for almost two decades in Canada, the government may deport Nigerian mother, Nike Okafor, and her 21-year-old son to Nigeria. This is due to immigration laws in the country. Thirty-nine-year-old Okafor emigrated to Canada as an asylum seeker in 2003. Being a Muslim in Northern Nigeria, she had had a child with a Christian and she says that she feared that the boy would be seized from her because of religious tensions in the region. She said that she fled to Canada for security reasons and to make a better life for both her and her son.

But now, the Canada Border Services Agency (CBSA) have sent her a deportation order in regards to her and her son. The two are to be deported 26 July 2022. This is despite her husband filing a spousal sponsorship application with the Immigration, Refugees and Citizenship Canada (IRCC) more than two years ago. When Okafor came to Canada, her refugee claim was denied, but through her lawyer, she appealed the judgement and tried to find a way to stay back while her life went on in the country.

There are many reasons people can be deported from Canada.

While her appeal was still ongoing, Okafor lived a normal life like any other Canadian resident. She went to school. She became a personal support worker. She even married a Canadian man and had two Canadian-born children. But Canadian immigration laws are about to come down very hard on her in separating her and her Nigerian-born son and the rest of her family. According to Legal Line Canada, the government of Canada has the legal right and power to deport people who are unlawfully staying in the country.

The implication of deportation is that anyone who is removed from Canada on a deportation order by the CBSA cannot return to the country except with the written permission of the Minister of immigration, Refugees and Citizenship Canada. The Canadian government deports people for different reasons. Some people may be denied refugee status. Some foreign nationals may be deported for violating their visa by overstaying their authorized period of stay in Canada. Some others may be deported if they do not comply with the terms and conditions of their visit, or if they have been convicted of a criminal offence in Canada or another country. Permanent residents may be deported if they are deemed to be a security risk or if they lie on their immigration application.

“If I have to go back, it will end my life,” Okafor told the press. “I’ll be separated from my husband. I’ll be separated from my Canadian children. I don’t know how I can live. My whole life is here.” If Okafor is forced to leave Canada, she will be sent back to Nigeria where she says that she has no ties and her Nigerian-born son will have to leave the only country that he has ever known. Her two Canadian-born children will also have to bid their mother goodbye.

Despite that Okafor’s husband, Rotimi Odunaiya, had filed for spousal sponsorship for her with the IRCC more than 28 months ago, the CBSA has still issued a deportation order for her and her son. According to the Federal Government of Canada, the average processing time for spousal sponsorship is 15 months. This means that Okafor would have become a permanent resident if not for the delays. Janet Dench, the executive director of the Canadian Council for Refugees (CCR), calls this situation “very, very unjust.” She noted that while Okafor’s case involved both the CBSA and the IRCC, the former focuses on law enforcement such as deportation, while the latter focuses on vetting and facilitating new residents of Canada.

Family reunification is a pillar of our immigration system, says IRCC.

In a statement issued to the press, the IRCC said that Okafor and her son’s application for permanent residence is “in queue for review” and assured that it will be reviewed objectively. The department would not say specifically how long the wait will be and said the time frames for processing some applications may vary due to the distinctive nature of every case. The IRCC did not also explain how someone with a pending application could be issued a deportation order or whether the IRCC communicates with the CBSA to prevent this situation. “Family reunification is a fundamental pillar of our immigration system, and IRCC works to process applications for permanent residence expeditiously while conducting all verifications required under the law,” the statement said.

Canada could deport Nigerian mother and son – After 19 years, mother and son could be separated from their Canadian family. – Express your point of view.

Some laws are just barbaric and inhuman.

Imagine deporting her after many years of stay and giving birth to children there.

She even applied for permanent residence but was delayed.

This lady’s case is quiet painful because she has been there for so many years,working,married with kids,never done anything criminal but still she is being refused a permanent residency I don’t know about Canadian immigration laws but I believe in this case they are unjust to her….I hope she gets to stay with her son.

This is somehow, very painful after lIving for long a time with her family. Now they want her to go back to where she came from.The law should consider her

I really feel for the woman and her son. Deporting them after 20 years in Canada is overwhelming. Where will they start from? How will she cope with staying away from her Canada family and not being able to come back. The laws regarding immigration are very stringent. There should be something that can be done in her case, especially for the fact that she has a family

This cases of deportation is unjust. Considering the fact that her Canadian husband has filed spousal sponsorship I don’t think they have the right to deport her, since her case is still under review they should wait till the case has been sorted before deporting her

The Canada Border Services Agency ought to at the very least take into account the fact that she already has a family there and permit her to stay permanently rather than seperating her away from them.

The Canada Border Services Agency should be considerate enough to let her stay. I think something could still be done in her case, especially for the fact that she has a family,she is responsible…where is she going to start from? I pray for God’s intervention on her behalf….

I will still blame our government for this nonsense because if our country is good, people won’t be going to other countries.

This is sad to hear, I hope the Canadian federal government sort this out and not deport her because that would break her

By naturalization this woman has the right to be a citizen of Canada, Because she has stayed there for over 5 years. They should try to consider this and the fact that she has a family there

The Canadian government should reconsider this issue . They’d should at-least consider the fact that her family is in the country. And since she does not have any criminal record she should not be deported for no just cause

They have to consider and review her case because if she gets deported, she won’t be able to get into the country again, and she has kids there

If her refugee claim was denied when she got into the country, how come they allowed her to stay in the country till now, when she has created a life for herself there. It is sad.

This won’t be pleasant at all; the Canadian border and services should consider her Canadian kids and how they will cope without their mother.

In my own view it take her too long before applying for the permanent residence permit,moreover been remarry and have kids there,they should consider that.The may purpose of seeking asylum is to get better life and with this one singular condition she can’t cope with the situation in Nigeria..

This is really sad. She most likely left her family back in Nigeria on a bad note. Where’s is she suppose to start from. Sadly their laws are objective, emotions may not influence their decisions.

She migrated there in fear of her life from the start and now happily married there. The Canada government should consider the fact she have stay there for too long and should put the case under review not just deport her as that will affect her life.

She has spent a whole 19 years there, and they still want to throw her out like a nobody. Damn, that’s sad. She should tender her case again

The rules and regulations regarding immigration are extremely strict. In her situation, there ought to be some action that can be taken, and she ought to be given assistance.

It’s always we Nigerians that get deported for one reason or another. What’s wrong with our people, for God’s sake. May God help us, and I’m sure if our economy was better,r we wouldn’t experience all this.

Even though I don’t see anything wrong this woman has done, it is still their country, and they can do whatever they like, but separating this woman from her husband and kids would be a cruel act.

This is a sad thing about to unfold here in the country of Canada. We should understand that laws are meant not to be broken. Canada is a great country that follows the rule of law. We can hope for a better outcome for this family. Deportation back to Nigeria is not what this family want or deserved. We appealing to the respectful body of govt dealing with this case to please reconsider the decision made.

If we have everything we need in Nigeria: good governance, cheap education, cheap food, no Boko haram,no banditry, no killer herdsmen, no ISWAP activities, good medical care, easy access to basic amenities (not this epileptic power supply) who will be thinking of traveling abroad.
Anyway it will be unfair on the side of the Canadian government to deport mother and the son without considering the condition that made her move to Canada in the first place. Please,the government of Canada should reconsider before taking the step that will endanger her life.