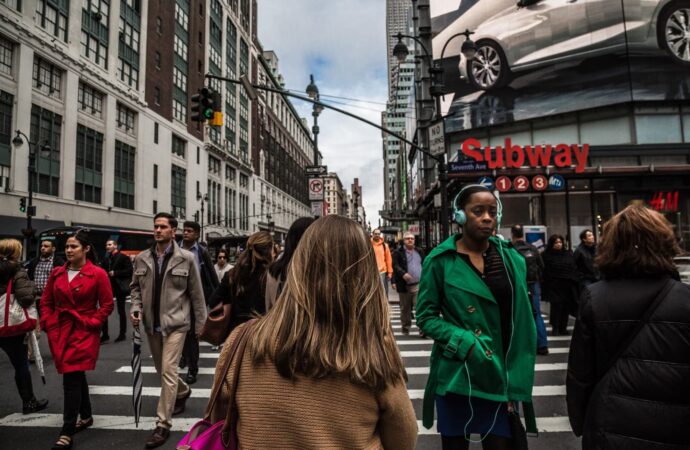 By November 15, the world’s population will be 8 billion, imperiling the world.

Furthermore, the report foresees that the population would likely attain a peak of about 10.4 billion people in the 2080s. At this point, the United Nations believes that the world’s population will become stagnant until around 2100. The growth of the population of the world, according to the report, is partly as a result of declining levels of mortality due to improvement in health. The UN further estimates that more reductions in mortality are expected to produce an average lifespan of 77 years by 2050.

A rapid growing population is not helpful to the globe.

It was also reported that by 2023, China would stop being the most populous country in the world, with India taking over its position. This, in part, is as a result of the aging population of China and its history of restricting births. In 2011, according to the domestic census that is usually conducted once in a decade, the population of India was 1.21 billion. However, there is no current record of its population due to the postponement of the 2021 census by the government, owing to the COVID-19 pandemic.

The report forecasted that more than half of the population increase expected through 2050 would likely be contributed by eight countries of sub-Saharan Africa. They include the Democratic Republic of Congo, Egypt, Ethiopia, India, Nigeria, Pakistan, the Philippines, and the United Republic of Tanzania. Although the population of the globe has been growing at its slowest pace since 1950 and fallen below one percent in 2020, Liu Zhenmin, the UN Under-Secretary-General for Economic and Social Affairs, cautioned that a fast-growing population creates more difficulty in the eradication of poverty, reduction of hunger and malnutrition, and improvement in the coverage of health and education systems.

Lower fertility will slow down the world’s population growth.

Whereas after the global population exceeded seven billion 11 years ago and would be eight billion very soon, the UN stressed the fact that in 61 countries, population is anticipated to decrease with at least one percent in the next three decades. The report discovered that two-thirds of the world’s population reside in a country where lifetime fertility is lower than 2.1 births per woman; the exact level needed for zero population growth for a population having a low mortality rate.

Director of the Population Division of the UN Department of Economic and Social Affairs (DESA), John Wilmoth, alerts that the overall effect of lower fertility, if properly maintained for many decades, could be a monumental retardation of the world’s population growth during the second half of the century. Recent decreases in fertility have brought about a demographic dividend in many countries of sub-Saharan Africa, some parts of Asia, Latin America, and the Caribbean. This has led to a rise in the division of the working age population (25 to 64 years), with the provision of an opportunity for the acceleration of growth per capita.

The UN SDGs will contribute to the reduction of fertility levels.

The report further emphasized that in order to make good use of the opportunity that is embedded in slow global population growth, countries should invest more in the development of their human capital, ensuring access to health care and quality education at all ages, and improving promotion of opportunities to enable productive employment and decent work. It also affirms that the UN Sustainable Development Goals, particularly those in relation to health, education, and gender equality, will assist in the reduction of fertility levels and decelerating the world’s population growth.

wow 8 billion is no joke at all,that’s much I think Government in the world has a lot to do by adding more to human capital, qualitative education and access to good and quality health care accross all ages,Can fertility rate be truly controlled to reduce population I don’t quite believe that I’m of the opinion that population will continue to increase

Human population growth can be good and or bad for the global economy. Some countries can really use a population growth effectively while some are dealing with over population effect. Every country must be able to supply, support, safe keep and provide adequate necessity for their citizens regardless of the numbers.

The honest truth is the population of the world will continue to increase. The world leaders need to improve their sustainable development goals to meet the needs of the increment in populace. There is nothing wrong in the population, but the efficiency of the population is what is important. That’s what we should aim after

The population of the world will continue to increase. The land is enough to accommodate as many as more. To me i don’t think that the world can be over populated than the world. All we need is to create good standard economy development that will benefit us.

Increase in population without equivalent increase in the standard of living is total rubbish. Close to 60% of countries in the world are underdeveloped and people just keep giving birth without thinking of how to take care of the kids. If possible the government should make family planning compulsory for everyone .

Increase in population without a corresponding increase in per capita income is unhealthy for any country. Per Capita income determines the standard of living and quality of life of an individuals. And when the standard of living of majority is low, poverty is inevitable. By implication, the economy gets affected too. Government should try to educate her citizens about birth controls and also regulated it’s population. After all, seems like the poor contribute significantly to overpopulation.

Nigeria has been as the giant of Africa not in terms of landmass but as a result of population and we contributed largerly to the world population which will be 8 billion by 15 of November this year. How I wish it is in terms of science and technology, development and not this burden we are loading the world with.
Advance in science and technology has tremendously impacted the world positively this reducing mortality rate.
Hope some unscrupulous element will not invent deadliest ways of reducing world population?

By November 15 the world population will become 8 billion. Wow, that is serious. Science and technology has greatly improved our health and has helped in reducing mortality rate in the world.
Every country and regions of the world should put in place measures to regulate birth rate. The world can’t afford to handle population explosion.

Increase in population is good and also have it disadvantage. we need to create good standard economy development that will benefit us.

Wow we are increasing daily on this planet and that is very good thing because it means we get to meet and create new generations.

I even thought the number of people worldwide would reduce because of the number of killings all over the globe, from covid to terrorist attacks. That’s good

People cant keep reproducing without a string corresponding source of income because it will lead fo needless suffering for innocent kids. If people work on this, I’m sure the population number will reduce

I don’t know if people find giving birth fun, because the rate at which people give birth and end up abandoning the innocent child on the street is alarming, i don’t think anything can be done ti this, but I feel people need to get more enlightened about family planning

In addition to this, the research stressed that to make the most of the opportunity that presents itself as a result of the sluggish growth of the global population,

Recent fertility declines have resulted in a structural transformation for many nations in sub-Saharan Africa, as well as some areas of Asia, Latin America, and the Caribbean, which will directly impact their economies.

This more and more people on the planet has its advantages and disadvantages so we must choose to exploit its positive aspects so that our growth and lives can be improved.

The global leaders need to work harder to achieve their goals for sustainable development if they can satisfy the requirements of the growing population.

People are becoming more every day but are there even enough jobs to cater for the ones we have before? This is something we have to put into consideration.

A rapidly expanding population makes it more challenging to eliminate poverty, reduce hunger and malnutrition, and improve living conditions in general, which is why this population growth is bad.

Lots need to be done concerning world population explosion.The mortality rate has reduce drastically so the population will continue to grow.

The world is rapidly increasing in population every day.

But more so, a lot of people are not getting the good life they want.

We are just cumbered with numbers, I guess it’s time we start measuring our advancement as a whole beyond sentiments.

Although population growth is beneficial, it also has drawbacks because more human activities, such as providing more food and shelter, are necessary when the population is this big.