OPL to be issued to successful awardees 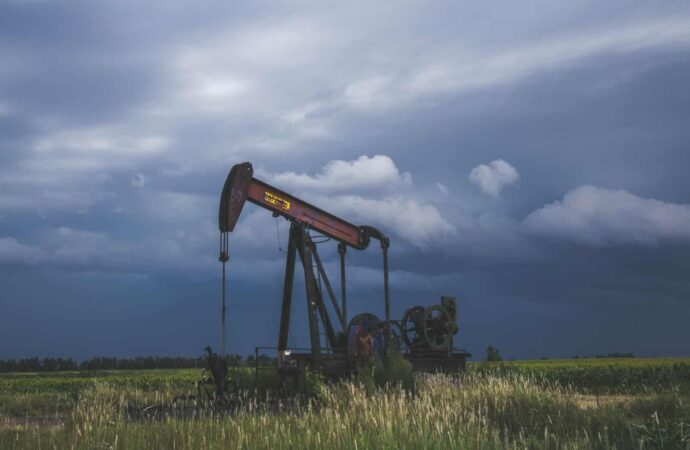 NUPRC is set to fulfill its promise to winners while FG pledges August to OPEC.

The NUPRC, on behalf of the federal government stated that it was ready for the issuance of Oil Prospecting Licenses (OPL) to the successful awardees of the oil marginal fields in the 2020 bid rounds. The license issuance will be made in fulfillment of the promise made to the winners at the beginning of the year, according to the provisions of the Petroleum Industry Act (PIA), 2021. Some of the bid winners are North Oil and Gas, Pierport, Metropole, Accord Oil, Virgin Forest, Pioneer Global, Shepherd Hill, Pathway Oil, Akata, YY Connect, Tempo Oil, NIPCO, Aida, and others.

The Nigerian Upstream Petroleum Regulatory Commission (NUPRC), formerly known as the Department of Petroleum Resources (DPR) is a body concerned with the issuance of license that is required to run a company or facility that has to do with the Oil and Gas industry in Nigeria, and compliance to the industry’s regulations. Its mission is to ensure sustainable development of Nigeria’s Upstream Petroleum Resources through effective regulatory practices, while entrenching world-class professionalism, accountability, and transparency.

Oil Prospecting License to winners of the marginal oil fields bid round.

An Oil Prospecting License (OPL) is granted by the Federal Government to a company or joint venture to prospect for petroleum resources. The licensee is usually granted the license for the conduction of extensive exploration activities, removal and disposal of commercially feasible petroleum discovered during prospective operations. The license is granted for a stipulated period of time, determined by the Minister of Petroleum and usually not exceeding five years. If peradventure after the stipulated time, the company has not discovered or fulfilled its obligation, the license will be ceded back to the government.

The marginal oil fields bid round, commenced in 2020, had been faced by many bureaucratic challenges that has hindered the winners from beginning the development of the fields over one year after they were officially handed the initial certificates. From 591 companies that applied for the pre-qualification, the regulator shortlisted 161 companies to progress to the final stage, putting up 57 marginal fields spanning land, swamp and offshore, for lease. Some of the winners during that time were; Matrix Energy, AA Rano, Andova Plc, Duport Midstream, Genesis Technical, Twin Summit, Emadeb Energy, Bono Energy, Deep Offshore Integrated, Oodua Oil, MRS, and Petrogas.

The award winners decried the delay in the commencement of the development of the fields, noting that they had been paying heavy interests on the loans that were borrowed for the payment of the transactions, notwithstanding the non-productivity of the loan for over one year. The Regulatory Commission, in January, revealed that the 2020 marginal field bid round that was concluded on the 30th of May, 2021, had yielded over N174.944 billion, with the half payment of 30 fields owners and two fields stalled by court cases.

The NUPRC Chief Executive, Engr. Gbenga Komolafe, stated that during the event of the issuance of licenses to the bid winners of the marginal oil fields, there would also be the unveiling of the implementation template for the Host Communities Development Trust Fund for the commencement of the provisions under Section 325 of the PIA, 2021. He also mentioned that restiveness in the host communities would be positively impacted, thereby guaranteeing seamless operations and boosting the confidence of investors.

There is a huge void between Nigeria’s oil production and the monthly allocation given to it by the Organization of Petroleum Exporting Countries (OPEC). However, The Minister of State for Petroleum, Mr. Timipre Sylva, affirmed that it will be improved by August. The inability to meet up with the expected allocation of OPEC was blamed on massive theft. According to OPEC, although Nigeria surpassed 1.7 million BPD(barrels per day) for the month, its inefficiency is as much as 700,000 barrels per day for the month. The country’s oil production has deteriorated a lot in previous months, however the federal government initiated a 10-man professional team to access a report preceding the reactivation of about 3,000 shut-in oil strings. According to the authorities, this step would improve production in coming months.

This is terrific news because it can significantly help our petroleum sector grow more extensive, which is suitable for us

OPL should be magnanimous enough to fulfil it’s promises to successful companies that are to get the license and be up and running in their oil field because loans collected to actualize this needs to be refunded.. and they need to start up and the end consumers sees the impact of these new liscensed companies

It is nice to reward people for their brilliance and that’s what the NUPDR is doing regarding the OPL rewards for oil and gas companies. Nevertheless, we shouldn’t forget how declining our oil production and distribution has been. There is still subsidy in Nigeria, which is perpetually engulfing our national reserve. I hope something can be done regarding this unfortunate situation.

That’s a nice move, as this will also encourage the sector to improve its productivity.

However, the Minister of State for Petroleum should stick to his promise of improving the sector.

This is an improvement in the oil sector. Oil production has deteriorated so bad as well; hopefully the federal government’s initiative will improve production as they have promised.

This is good from NUPDR because It is lovely to compensate individuals for their excellence concerning the prizes offered by the OPL for oil and gas firms. Despite this, we must not lose sight of the fact that both our oil output and circulation have declined.

This is a good initiative because it will help reduce the scarcity of fuel in the country and make it easily accessible to the people.

If the corporation has not identified or fulfilled its responsibility after the allotted amount of time has passed, the licence should be returned to the government in its entirety, which is a right move

There are challenges that have prevented the winners from beginning the development of the fields for more than a year after they were formally awarded the initial certificates.they should fix up

Even though the country’s oil production has dropped significantly over the past several months, the federal government has assembled a skilled team of ten people to compile a report in preparation for the reactivation of approximately 3,000 oil strings that have been shut down.

This is good in many ways. It will provide more employment opportunities to these people that we’re rewarded licenses.

Things like this would make our economy grow more robust and also improve our oil sector a lot. They should keep it up.

Very Good, it will improve the country economy.

There is a significant gap between the amount of oil that Nigeria produces and the amount that the Organization of Petroleum Exporting Countries (OPEC) allots to it each month. This should be worked on and improved.

This is a boost and step up in the petroleum sector as this will help Oil production which has deteriorated before hopefully the federal government’s initiative will improve production as they have promised.

NUPRC fulfilling its promise to winners is an example of upholding there word. But the government should do something to improve production of petroleum so as to reduce the high rate.

NUPRC has done a good thing by fulfilling its promise to winners. If the government should do something concerning petroleum issues it will be best for Nigerians

This is a good initiative… It has several benefits:
it will improve the country economy, employment opportunities, reduction in scarcity of fuel in the country and so on….What an upgrade and improvement these would be in the oil sector and to the country!.

Honestly, corruption has eaten deeply into the fabric of Nigeria system. I believe that these people got the said license must have bribe they through to get that license. It is well

It is really a great task for NUPRC to pick qualified companies to be issued license. I should believe that the shortlisted set of companies throughly deserve the license and didn’t bribe their way through to get it.

The Nigeria oil sector is a scam from downstream to upstream sector,all there activities are very opaque.