No more shortages of passport booklets 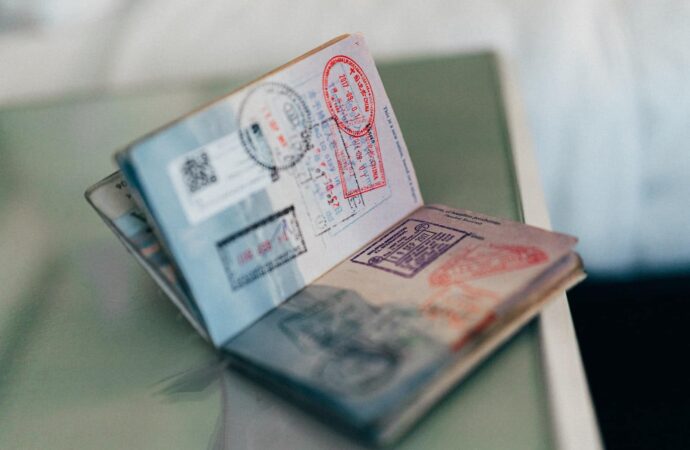 Rauf Aregbesola, the Minister of Interior, has assured Nigerians that there will be no more shortage of passport booklets, with the reforms being pursued by the Nigerian Immigration Service (NIS). He gave the assurance on August 8th, 2022, in Port Harcourt, Rivers State, during the commissioning of Enhanced Passport Production Centre in the state. According to the minister, the center is set to take care of passport demands from Rivers, Cross River, Akwa-Ibom, and Bayelsa States.

He explained that Edo and Delta, the two other South South states, were excluded from the Port Harcourt center because of the high volume of demand for passports from there. Because of this, they will have their own center. He disclosed that out of the 750,000 applications received for the enhanced passports, the NIS provided 645,000 in June 2022. The minister said, “We have left no stone unturned in our quest to make passports available to Nigerians. Last year alone, we provided 1.3 million passports to Nigerians. As of today, there is no booklet shortage.”

The minister urged the public to apply for passports online.

Last year alone, we provided 1.3 million passports to Nigerians. As of today, there is no booklet shortage. As of the second quarter of this year,” the minister continued, “To address the challenge of the backlog, we sent 11,000 booklets to Ikoyi, 11,000 to Alausa, and 8,000 to FESTAC centers in Lagos. We have also sent sufficient booklets to all the centers nationwide to address the challenge. There is, therefore, no excuse again for delay and non-issuance within a reasonable  period.”

The minister also urged the public to make sure that they apply by themselves online, to avoid being shortchanged by unscrupulous elements. “I urge applicants for the Nigerian passport to apply early enough before their travel date to avoid cutting corners and falling into the hands of scammers and other opportunists. It is important also that they apply by themselves at the NIS portal and not through touts and unscrupulous officials, which often bring heartaches.”

Head of NIS says acts of indiscipline by officers will not be condoned.

“We have provided a window of six weeks and three weeks for fresh application and renewal respectively, after biometric data capture, by which time, other things being equal, the passport will be ready for collection. This timeline is to enable NIS investigate and validate claims of applicants and confer integrity on the passport issued. It is a reasonable provision in passport administration by global standard. There is no wait-and-get passport service anywhere in the world. The only wait-and-get passport is passport-sized photograph from Polaroid camera,” the minister said.

The Acting Comptroller-General of the service, Idris Jere, said that the service will no longer condone any act of indiscipline by its officers. He noted that they must be professional in carrying out their assigned duties. Meanwhile, Governor of Rivers State, Nyesom Wike, who was represented by his deputy, Dr Ipalibo Banigo, promised to continue to support the NIS in the state. He revealed that this has been one of the policies of his administration.

Good news from the NIS since David Hundeyin’s investigative report.

In September 2021, an investigative journalist, David Hundeyin, published an article titled “The Curious Story of Nigeria’s Passport Shortage,” which garnered a lot of traction. In the article, he supported with documents and facts his allegations of state-sanctioned racketeering, ethnic nepotism, and a complete failure of due diligence. In March 2021, the former Comptroller General of the NIS, Muhammed Babandede, had to verbally acknowledge that there was a shortage of passport booklets. “We acknowledge and apologize for the challenges faced in the past few weeks regarding passport booklets availability,” This made Nigerians have no choice but to patronize the passport “black market.” Since the report was published, the NIS has undergone different reforms, one of which is the announcement of the new Comptroller General.

This shows our immigration sector is really working. There should not be shortage of passport booklets. Nigerians might have an emergency need to get their international passports done. So it’s better the immigration officers are proactive in the management of their affairs.

The establishment of international passport office in River state is a great news. At least the NIS will be able to meetup with the demand of passport booklet from that region and for other areas Nationwide that this office has been established; it will greatly reduce pressure mounted in those few office that NIS have before now.

I just hope the minister is been sincere that there is no shortage of booklet for passport.Nigerians has been suffering this for a long time where ymit takes three to six months in getting a passport.

This is good there should be no more shortage of passport booklet this as cause delay in issued passport for many people who need to travel so since something is done about it, it is good step

In order for members of the public to avoid being taken advantage of by shady characters, it is imperative that they submit their passport applications independently and online.

To prevent cutting shortcuts and falling victim to con artists and other opportunists, applicants for the Nigerian passport should submit their applications far enough in advance of their intended departure date.

no more shortages of passport booklet, Hope they telling us the truth because this issue has become their normal language. Hope their for real this time

Hopefully this news is true, because this issue of shortage of passport booklet has affect a lot of people, like business men that travel a lot .

This shows our immigration sector is really working….they should keep it up.

People are trying to Japa from this country everyday so it’s understandable why there would be shortage of passport booklets.

Applicants for the Nigerian passport should send their applications ample time before their anticipated departure date to avoid taking short cuts and falling for scams and other exploitative tactics.

It is good as the government quickly handled this shortage of passport booklet issue because if they didn’t it will affect a lot of people and businesses.

Now that sufficient passport booklets have been delivered, there is no longer any justification for delays or the failure to issue passports within a reasonable amount of time.

As a result of the shortage of passport booklets, Nigerian citizens have no choice but to participate in the illegal passport market.

It is crucial that Nigerians apply for their passports on their own using the NIS portal rather than going through touts or dishonest officials, who can sometimes cause unnecessary stress and anxiety.

Applicants for Nigerian passports should submit their applications well in advance of their intended travel dates in order to avoid taking any unnecessary shortcuts that could put them at risk of being taken advantage of by con artists and other unscrupulous individuals.

I hope after the creation of new center by NIS in River state the said claim of reducing shortage of booklets will be possible. After all na Nigeria wẹ dey.

The officers of the nis have been using this issuing of passport to do some illegal runs for themselves, so I hope the situation would get controlled

The level of corruption in NIS is too alarming both the officer and the so call agent take advantage of those people apply by collecting huge amount of money from the applicants.I hope the minister is saying truth from this article,that mean there is hope.

Ideally everyone is supposed to have a passport. That’s your evidence of being a citizen. Buh people don’t get their passport until they need to travel; which makes them anxious and vulnerable to the atrocities of these NIS officers