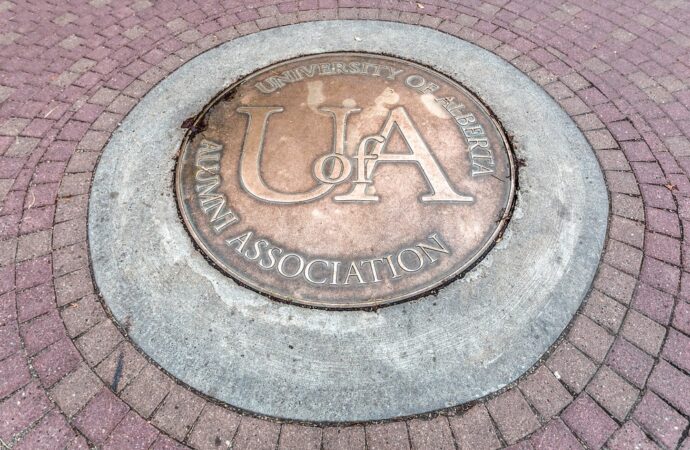 University of Alberta has excluded Nigeria from English test requirements.

A Nigerian post-doctoral research fellow in Canada, Olumuyiwa Igbalajobi, has recently made the University of Alberta, in Canada, to exclude Nigeria, from its list of countries whose citizens require an English proficiency test before being offered admission to study at the university. Mr Igbalajobi emailed the university on May 22, 2022, as well as tweeting at their official handle. In the email and the tweet, he called the university’s attention to a list of some Nigerian universities who meet the school’s English language requirement.

Mr Igbalajobi tweet reads: “I write to call your attention to a list on your graduate school page exempting applicants with credentials from ‘SELECTIVE’ universities in Nigeria from the English Language Requirement at the University of Alberta.” He argued that Nigeria’s official language is English. This means that all academic programs from primary to tertiary are done in English. Based on that, he concluded, Nigeria should have been fully exempted, not select schools in the country. This clarion has spurned the university to respond to the concerns, and to exempt Nigeria from the English language proficiency test requirement.

Nigerians home and abroad are not alien to the existence of proficiency tests, especially those of English. The reason is that these tests have almost become a constant requirement for emigrating from Nigeria for both students and workers looking for greener pasture overseas. So, English language proficiency tests, such as the International English Language Testing System (IELTS) and Test of English as a Foreign Language (TOEFL), English as a Second Language (ESL), have quite a number of candidates sitting them every year despite its exorbitant fees. The cost of the test, which lies between N80,000 and N90,000 (between $135 and $150), is three times the minimum wage of Nigerian workers, which is N30000 ($50). Also, according to the National Bureau of Statistics (NBS), more than 82 million Nigerians live on less than $1 a day.

Although paying for and sitting the exam are taxing, Nigerians still find means to register for these tests in their thousands. However, the state of the economy, inflation, and other factors have had Nigerians speak up in their numbers against English proficiency tests requirement for Nigerians. On social media, the hashtag #ReformIELTS and #NoToIELTS have trended multiple times, while it has been reported by the media that 40,000 Nigerians signed a petition calling on the UK Home Office to remove the IELTS requirement for Nigerians or drastically reduce the fees charged for the examination.

In a response to Mr Igbalajobi’s email, the university noted that his email and tweet raised an important issue of discrepancies between the English Language Proficiency (ELP)-exempted countries as listed by Canadian post-secondary institutions. The university noted that it will work with its U15 partners (the U15 Group of Canadian Research Universities, an association of 15 Canadian public research universities) to make the ELP-exempted reference list consistent. In the meantime, the university promised that Nigeria will be added to the list.

Mr Igbalajobi told the press that he did send a reminder to the university after a week’s monitoring of its website for a change. He noticed that Nigeria was finally added to the reference list on Saturday, June 4, 2022. Presently, Nigeria has been added to the university’s list of countries whose official language of instruction and education is English. However, the university is yet to take down the second category of ELP-exempted applicants from ‘SELECTIVE’ universities in Nigeria.

Should Nigeria be exempted from English proficiency tests?

While these may have been in favor of the Nigerian people, should Nigeria have been exempted by University of Alberta from ELP tests? Some may agree and even push for more Canadian universities to recognize Nigeria’s official language of instruction as English. However, some may disagree based on the fact that Nigerians use English differently from native speakers of English. Therefore, for Nigerians to adapt to the environment in record time, their proficiency level must be tested. Meanwhile, Mr Igbalajobi believes that his request gave the university a reason to add Nigeria to the ELP-exempted reference list.

It’s very unfortunate that the British government that colonized Nigeria have been treating us like slave, imagine Nigerian official language is English and they thought English language from nursery to University and they we still make it mandatory for students to write English test if they want to study abroad.

The test of English has been a barrier to so many people over the years, some write and failed and some don’t even have the fee.

I hope this can be stretched to other schools as well.

Kudos to Mr Olumuyiwa Igbalajobi
He did a great job by paving way for other..this approach will help a lot!

This entire exam is a scam and a way of looting Nigerians and other African countries because I don’t know why English speaking countries would write and English exam and also the certificate would be valid for only 2 years! Absolute nonsense

My younger sister passed this IELTS but still didn’t gain admission, so what’s really the point since it doesn’t guarantee admission

POV: I see no problem with certain schools in countries different from where you live, request you take an English test to ensure you meet up with their English standard. After all, It’s for the good of the foreign student. They want to ensure you can express yourself in their language. If you’re a proficient user of the language, why have a problem taking a test??
What doesn’t seem to make sense is that the certificate expires in 2 years. Let’s not act like we don’t know the standard of the kinda English we speak here

Thank God for this because to get about 90 something thousand naira for the IELTS exam is not easy, especially in this economy

Kudos to Mr Igbalajobi he has done a great impact to promote Nigeria more in the foreign land. We need more of this, all other countries needs to be aware of our capabilities and great studies

We need more people like this courageous and initiative man; things like this would make migration easy for our students

This is a very positive turn of events. Nigeria is a country where English is the primary language. Because we are planning to move to a new country, taking an English proficiency exam like the IELTS should not be necessary.

This is very good, but sadly it’s just one university in Canada, and plenty of other universities would still require IELTS

God bless this man for this thoughtful act. Now let’s hope someone does something similar in the UK too

That’s a welco.e development from University of Alberta in Canada for exempting Nigeria from writting IELTS examination considering the exhorbitant price,stress and Nigeria is an English speaking country.

Truly not all heroes wear capes 👏, thank you Mr Olumuyiwa for doing this

This is a great privilege through the help of Mr Olumuyiwa Igbalajobi write up. It has pave the way for all Nigerian who wish to study abroad not to write any test of English as foreign language before they can gain admission in the University of Alberta.

This is a great news for those who wish to study the University of Alberta. There no need to spend on tofel or on other English test again.

This is a nice development. Nigeria is an English speaking country. It’s unnecessary for us to enrol in English test such as IELTS and ESL because we intend to immigrate.