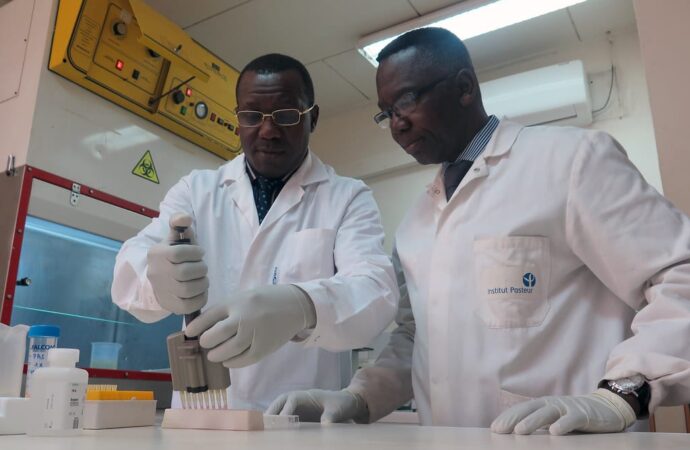 A recent report on active international Monkeypox cases is concerning.

The World Health Organization (WHO) has reported 780 laboratory-confirmed cases of Monkeypox from 27 countries across four WHO regions. Monkeypox is a zoonotic disease, meaning it is transmitted from animals to humans. The natural reservoir for the virus is believed to be wild primates in Africa, although the exact source of the current outbreak is unknown. It is a viral disease that can cause a range of symptoms, from mild to severe. The incubation period (the time from exposure to onset of symptoms) is typically 7 to 14 days, but can be as long as 21 days.

WHO has assessed the global risk of Monkeypox as moderate. This is due to the fact that many cases and clusters have been reported in both non-endemic and endemic countries. The WHO cites the following reasons for this assessment: the high number of cases and clusters reported in non-endemic countries in recent years, the increased global movement of people and animals, and the close similarity between Monkeypox and Smallpox (which is a highly contagious disease). The WHO recommends that all countries strengthen their surveillance systems and take measures to prevent and control the disease.

Virus can be spread from person to person.

Monkeypox is a rare viral infection that is characterized by the development of a distinctive rash. The illness is typically spread through contact with an infected animal, such as a monkey or ape. In rare cases, the virus can be spread from person to person. The rash typically starts on the face and spreads to the rest of the body. It starts as small red spots that progress to larger bumps filled with fluid. Monkeypox is usually a mild disease, but in rare cases it can be severe.

Most cases of the disease have been reported through sexual health or other health services. The World Health Organization is still investigating the outbreak, but it appears to mainly involve men who have sex with men. This virus is closely related to smallpox and is usually spread through contact with the skin or bodily fluids of an infected animal. Symptoms of Monkeypox include fever, rash, and body aches. In severe cases, the virus can cause pneumonia, brain swelling, and even death. There is no specific treatment currently, but early diagnosis and treatment can improve the chances of recovery.

Smallpox vaccine has been shown to be effective.

This virus is commonly found in West and Central Africa. However, most confirmed cases with travel history have been reported in Europe and North America. The Monkeypox virus is a member of the Orthopoxvirus genus and is most closely related to the smallpox virus. This ailment is thought to cause this disease that is similar to smallpox, although generally less severe. Monkeypox is typically a self-limited illness, with most patients recovering within 2-4 weeks. However, it can occasionally be associated with more severe illness, including Pneumonia and death. There is no specific treatment for Monkeypox and no vaccine is currently available. However, smallpox vaccine has been shown to be effective in people who have received the Smallpox vaccine. It works by stimulating the immune system to produce antibodies against the virus, which then prevents the virus from infecting the body. The vaccine is most effective when given before exposure to the virus.

There is a low risk to human health and for the general public at the current time, but this could potentially become high if this virus manages to establish itself in non-endemic countries as a widespread human pathogen. If this were to happen, it would likely pose a significant threat to public health, as it would be much harder to control and contain. Therefore, it is important to be aware of the potential risks involved, and to take precautions to avoid exposure to the virus if possible.

It is essential that we continue to invest in research.

Research plays a critical role in our efforts to combat diseases like COVID-19 Through clinical studies, we can assess the effectiveness of potential vaccines and treatments. And by better understanding the epidemiology and transmission of the disease, we can develop more targeted strategies to prevent its spread. It is essential that we continue to invest in research so that we can make progress against these diseases. Only through a comprehensive and ongoing effort will we be able to find the solutions we need.

Disease is not a joke matter we are talk about health which is most important. Any disease found should be contained from getting spread. Our researcher are doing a tough and a good job. So is important we invest on research also

The discovery of monkeypox disease all over the world and in Nigeria is already alarming. I hope the virus is contained early before it spirals into an uncontrollably disease.

A well done job by the researchers.
The government should make provisions prior to recommendations by WHO that all countries strengthen their surveillance systems and take measures to prevent and control the disease. A great awareness I must say!

Monkey pox cases has been seen in various countries and it an be transmitted from one person to another our government need to make more awareness for people in order to know how to care for them selves and their community especially as it is said to also being transmitted through sexual activities.

Kudos to the researchers. Considering how dangerous this could be, more effort should be intensified to curb the spread; and most importantly find an effective cure.

We can develop more targeted strategies to prevent the disease’s spread by having a good perspective of the virus outbreaks and transmission.

Why are these deadly viruses popping up nowadays?? I have a feeling that these people are inventing viruses to create vaccine and sell them

doctors are trying base on research, to cure some virus

Disease outbreak has been turning into a thing of the norm nowadays.

Different outbreaks every time, but are we prepared for this?

No doubt more funds need to be invested in research as this will make life easier to live.

Also, it would help if the W.H.O can work on outbreak forecast, this will aid preparation.

To be honest with you this monkeypox disease is scary without cure yet. Different method most be deployed to prevent further spread of the disease and reached on the cure must be speed up to be able to provide quick measure to cure those who are already infected.

Monkey pox virus is deadly disease and should not be allowed to spread in Nigeria. Every measures should be taken to control the spread.
Vaccine should be developed fast to curtail it spread.

Researchers and doctors should really try and speed things up with the monkey pox disease, before more people get infected. The best thing to do is to create antivirus for the disease that can cure it