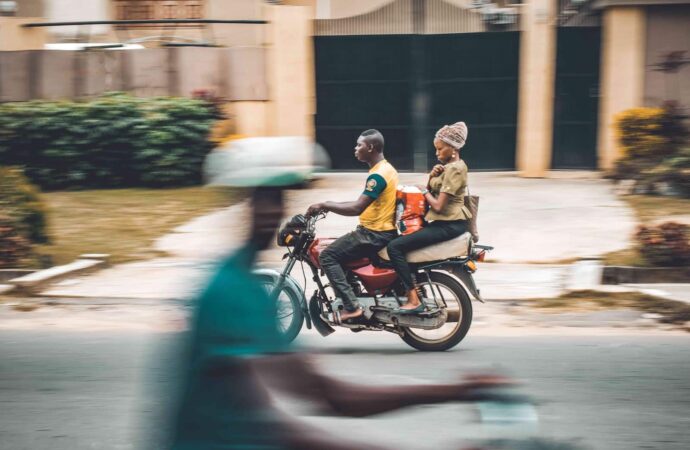 The Lagos State CP announces that the enforcement of the ban will be thorough.

The Lagos State Government’s ban on commercial motorcycles, also known as “Okada”, was firstly announced in 2020, but was not duly enforced. The latest ban came into effect on the 1st of June, 2022, and was issued after the death of a music engineer, Mr. David Umahi, who was killed and burnt allegedly by motorcycle riders. The government enforced the ban in six Local Government Areas of Lagos State; Eti-Osa, Ikeja, Surulere, Lagos Mainland, Lagos Island and Apapa. Upon the effect of the ban, the police force seized motorcycles that breached this policy and crushed the motorcycles. About 140 motorcycles were seized on the day of the enforcement.

The Lagos State Police Commissioner, Mr. Abiodun Alabi, on behalf of the Lagos state government, declared that the ban on commercial motorcycles will have no effect on delivery or logistics riders and power bikes. He stated that Motorcycle riders who operate for private use and courier services are immune to the motorcycle ban. Even at that, couriers who are under pretense or who carry passengers would serve the penalty enforced on commercial motorcycle riders who breach the rule.

Criminal activities in the state is the cause of the motorcycle ban.

The Lagos state government banned motorcycles as a result of their involvement in atrocious and criminal activities in the state. Some of these activities include robberies and reckless riding on highways, which mostly leads to fatal accidents. Governor Babatunde Sanwo-Olu, promises that the ban would put an end to cases of highway accidents and crime related activities perpetrated by Okada riders, although, the Lagos State Police Commissioner admits that the ban could lead to an increase in crime rates of which the police force are prepared to contend with.

The Commissioner of Information, Mr. Gbenga Omotosho, stated that the government has stationed additional mini buses and taxis at banned routes to sort the easy transportation of citizens in those areas and fill in the void of motorcycles. He also added that more boats were added to the waterways. The government also mentioned the introduction of more BRT buses, with the belief that Danfo, a big commercial bus and private minibuses would serve as alternative means of transportation to the people.

CDWR condemns Okada ban with no alternative means of transport.

The Campaign for Democratic and Workers’ Right (CDWR), an international campaign that focuses on the promotion and strengthening of the workers’ movement in Nigeria through provision of financial and practical solidarity, condemns the motorcycle ban in Lagos state without any alternative means of transportation or job opportunities for the riders who are forced out of work. It argues that the ban inflicts inconvenience on workers and struggling citizens who rely on motorcycles as their means of transportation to successfully carry out their daily activities in Lagos State.

The group stated that the actual issues responsible for the insecurity and criminality in Lagos State, and Nigeria, in general, are the rising situations of mass poverty in the midst of abundance and elite corruption. They believe that motorcycle is only one of the means through which these atrocities are carried out. The organization also suggested that a plan should also be devised by both the State government and Federal government to provide alternative jobs and opportunities for the people, most especially for those who became motorcycle riders due to unemployment.

Lagos State, being of a prominent size and importance, should have an integrated, publicly-owned and democratically managed transportation system and a modern road network that links residential areas and industrial centers to public highways. The Campaign for Democratic and Workers’ Right (CDWR) further emphasized that a transport hub is a mandatory infrastructure architecture which will aid the enhancement of easy movement, put an end to persistent traffic standstill, enablement of labor productivity and contribution to citizen’s health and safety.

Sanwo-Olu bans “Okada” in six LGAs in Lagos – The Lagos State CP announces that the enforcement of the ban will be thorough.– Express your point of view.

It a good thing bikes are getting ban in Lagos but what would the government do to those of them after they don’t ride bike anymore are they jobs ?

Most of these Okada men still do dirty jobs at night

I would like to go with the CDWR opinion, banning bike activities implies that those that have it as their only source of income will be subjected to starvation.

In a situation like this reaching an agreement together with the riders would have been the best.

If proper measures and incentives are not provided to the affected people, it can lead to protests.

Nice step taken…aside reckless driving, it promotes criminal acts too in the country but I hope the government will provide more employment opportunities and make necessary provisions for other means of transportation

Many have been a victim to these okada people and many have also lost there life due to there reckless driving the ban should be maintain no matter what. And the government should surely sort out another easy means of transportation at the banned routes.

Any Okada rider caught henceforth should be jailed, those guys are very dangerous especially those Abokis

Since I’m being entirely truthful, I believe the ban should be maintained. However, some employment allocation or something else must be made for them because, after all, this is their primary means of subsistence.

Given its size and significance, the state of Lagos ought to be in possession of an integrated, state funded and democratically administered transportation system instead of Okada n the likes

I had an accident last year due to the reckless driving of these Okada people, I’m glad Sanwoolu is taking this step

The ban on okada is a very good idea to counter the atrocity been committed in the state. Although some people will truly loose there means of earning but I think it still worth it as it’s all for our safety

The prohibition of okada riders is the appropriate measure to take. Because of the imprudent and improper way in which they drive, the ban is an unavoidable consequence of their behaviour

Our government has done something good in deciding to outlaw the use of motorcycles because of their association with heinous crimes and other illegal activities in the state.

This kind of news I love to hear, but I hope the government will render more employment opportunities to people after taking this step because some can result to crime to get money

This is a good initiative; Tricycles are better and safer. The government should endorse them more

This is long over due okada ban is truly a welcome idea because there lawlessness is too much and the government needs to curb their excesses..Laws needs to be put in place because it’s assume Lagos Isa mega city and for it to function properly people need to obey the laws of the land

Brilliant idea from our governor, Okada riders has caused so many accidents in the state

Baning of okada in Lagos is a welcomed idea which will reduce the rate of crime in Lagos. I live in Lagos, we should all source for alternative means of movement.

The ban on the okada riders is the right thing to do. The ban is inevitable, as a result of the reckless and careless way they drive. It has caused an exponential increase in accident. I’m sure the Lagos State will be able to contain them if they resort to criminal activities.

Honestly, i think the ban should be upheld but some sort of empolyment provision or sth should be made for them cause this is their source of livelihood afterall