Nigeria at loss of medical practitioners 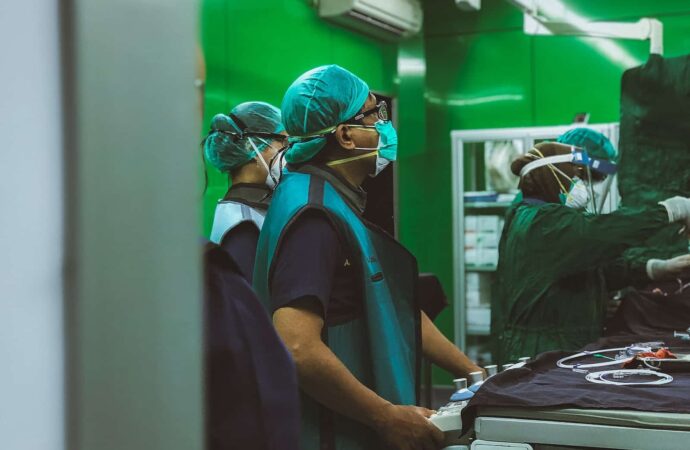 Brain drain has left Nigeria with 4.7 percent of health workers.

A recent report gathered by the UK government has revealed that over 13,500 Nigerian health care workers have been granted working visas in the past year, ranking second after India that has a record of over 42,000. As a result of the high percentage of health personnel leaving the country for the UK, Nigerian hospitals have been left to suffer from insufficient doctors. The percentage of Nigerians whose visas were granted for the ‘Skilled Worker-Health & Care’ is 14 percent, while India, with the highest percentage, has 45 percent.

Asides health workers leaving the country, there are also many other Nigerians who have left the country for the UK in order to find better jobs. In June 2022, 15,772 of the worker visas that were granted were made up of Nigerians, which shows an increase of 303 percent in comparison to the one granted in 2019, when 3,918 Nigerians were granted worker visas. The UK Home Office, in their report, gathered that worker visa grants has increased by 96 percent, and now represent 67 percent of all work visas.

Nigerians, including the Vice President of Nigeria, Yemi Osinbajo, has decried the massive withdrawal of health workers from the country. The Medical and Dental Consultants Association of Nigeria (MIDCAN), in January 2022, expressed unhappiness over the exit of more than 100 of its members in 2021, as they leave the country. The MIDCAN President, Victor Makanjuola, in a briefing at Abuja, revealed that medical officials who travelled out of the country, left the services of 17 tertiary health institutions in the country.

Makanjuola describe the exodus of medical and dental consultants to developed countries as disruptions to the healthcare ecosystem of the country. In 2017, a survey by the Nigerian Polling organization (NOIPolls) in partnership with Nigeria Health Watch, stated that in that year, over 88 percent of medical doctors in Nigeria were seeking work opportunities abroad. Also, in contrast to the World Health Organization’s (WHO) minimum recommended ratio of 1:400-600, Nigeria recorded a doctor-patient ratio of 1:2,753, in 2020.

Many factors have been recorded as causes for the migration of medical practitioners to more developed countries, some of which include lack of job satisfaction, poor remuneration, and insecurity. At the Maiden NMA Annual Lecture Series in Abuja, themed ‘Brain Drain and Medical Tourism: The Twin evil in Nigeria’s Health System,’ the president of the association lamented that the brain drain has left Nigeria with only 4.7 percent of its medical specialists to render healthcare services to the population.

Professor Innocent Ujah emphasized that the loss of medical practitioners in the country causes more damage to the already deteriorating health care resources in a developing country like Nigeria, thereby creating more room for health inequities across the world. Health inequity is birthed as a result of the migration of health care workers from developing countries to already developed countries like the UK, Europe, causing a scarcity of skilled health workers where it is needed the most.

I can’t blame the medical practitioners is from one problem to another, lingering strikes,no good enumeration for health workers and you expect them to stay put where their labour is not appreciated,thats not possible they need to seek for greener pastures and more will still leave the country.

People in the nation are alarmed about a possible labor crisis that may be emerging, especially in the healthcare sector, which is bringing up concerns. They may have believed that their services are not highly valued in Nigeria.

13,500 health workers exiting Nigeria to UK in this year alone is alarming and tell more of the incompetence expressed by the government of the day. When health workers are not well remunerated and government are insensitive to their plight what you think will happen. Definitely it will degenerate to brain drain. It is up to the government to do the needful to control this.

Major sectors in the country will continue to experience brain drain till the government be reasonable. Tou can’t keep treating people like filth and expect them no to leave when they get a chance. Btw not just health sector is experiencing brain drain. Also the IT sector.

The rate at which this health workers are emigrating is quite alarming, at this rate we will have just few well trained health workers to attend to those in this country

It is sad that those that’s are meant to help our country grow are leaving the country, even the tech Bros . Well they can’t be blamed for their actions, only the government for All thus happenings

I’m sure that if anyone is given the opportunity to wave this country right now, they will be willing to because the situation of this country is now beyond repair

The brain drain will continue unless the government is ready to address the major issue affecting all sector of the economy by paying those working well, train them with the correct equipment and provide them with enabling environment to carry out their job deligently without any inference.

I don’t blame the medical practitioners that are leaving Nigeria. We all need to fend for our greener pastures, so it’s causing brain drain here in Nigeria. If Nigeria is working, people won’t need to leave the country.

It is shameful to country like ours regarded as the giant of Africa to be experiencing brain drain. It is a pointer to the fact that our government is never doing the needful to remunerated the medical health workers properly.

As a direct consequence of the large number of medical professionals who have emigrated to the United Kingdom from Nigeria, the country’s healthcare facilities are currently understaffed.

Its sad at the same time, I can’t blame the medical practitioners leaving the country for better life…. The government has failed us in all areas…I pray for God’s intervention.

In addition to people working in the health care industry, there are a large number of other Nigerians who have relocated to the UK in search of employment opportunities that pay higher.

Since the first skilled worker visas were issued in December 2020, their proportion of all work visas granted annually has climbed steadily each quarter.

It has come to light that 17 of the country’s tertiary health institutions have lost staff members as a result of medical professionals leaving the country for vacation or other reasons. And the bar has been set too low

As a result of the brain drain, Nigeria has just 4.7 percent of its medical specialists left to provide healthcare services to the people, which is significantly lower than it should be.

Migration of medical professionals from less developed countries to more developed nations, such as the United Kingdom and the rest of Europe, gives rise to health disparities that previously did not exist.

The government should work on taking care of our medical practitioners do they won’t be tempted by any offer to leave the country and that will help grow our health sector.