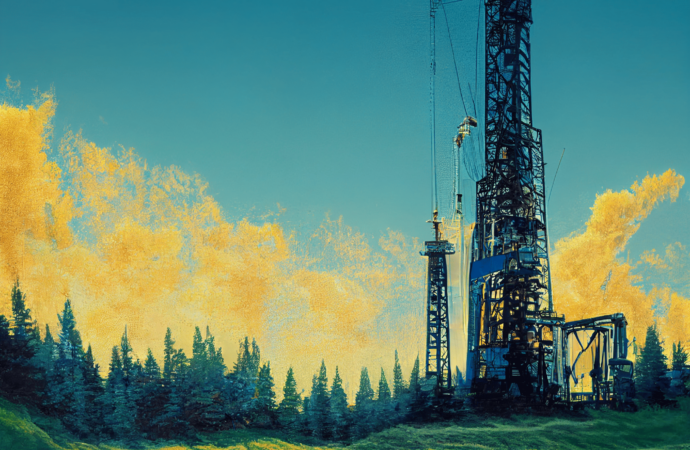 Over-reliance on oil production have had little impact on the local economy.

Despite the growing economic uncertainty that has ravaged the global scene, Nigeria in the second quarter of the year witnessed an economic improvement of 3.54 percent growth. This. Improved performance measures at 43 basis points (bps) ahead of the data of the previous quarter, as well as a slight upgrade to the 3.4 percent annual growth, projected by the International Monetary Funds (IMF). The outlook of the economy of numerous regions have been stunted by growing global uncertainties, geographical tensions and price surges, which are affecting the growth figures negatively. For instance, the biggest economy in the world was said to have contracted in the Q2 by 0.6 percent after a 1.6 percent slump in Q1. In this same period, China’s growth also depreciated to 0.4 percent from 4.8 percent in the previous quarter, which in turn forced its Central Bank into monetary easing.

Also, Europe’s economic situation is on the edge of the cliff, as they continue to strive to stave off a recession. The United Kingdom’s economy witnessed a consistent 0.1 percent shrink in Quarter 2 and has been regarded as one of the darkest moments of their history. In Africa, growth data is illustrating weak consumer spending and scanty investment, in spite of the cost of living tension that has hugely affected numerous economies. With this, it can be suggested that Nigeria’s data is by as bad as expected. However, the figures show the historical structural imbalance that have reduced the country to a mere consuming economy and has led to a huge unemployment ratio and foreign exchange crisis. Crude oil as Nigeria’s main source of public revenue contributed only 6.33 percent to its GDP, with non-oil resources had 93.67 percent.

The ratio a year ago was at 92.8 percent, favoring non-oil resources by 7.2 percent and 8.2 percent in 2020. However, while the non-oil resources create more jobs and improves output, Nigeria’s economy still relies on crude oil which has had little impact on the local economy, foreign exchange earnings and public budget funding. Economists at the 33rd seminar for finance correspondents and business editors noted that deliberate efforts to address these economic imbalances must be made, so as to ensure that both sectors contribute equally to the FX earnings and public revenue. RT200 FX programme other development roles of the Central Bank were selected as policies that the government can adopt to enhance the contribution of non-oil to FX earnings.

This seminar, tagged “Policy Option for Economic Diversification: Thinking Outside the Crude Oil Box” saw Dr. Abiodun Adedipe, a leading economist assert that the present economic structure is hostile to inclusive growth, adding that a cocktail of options must be implemented to position the economy in a more sustainable ambience. He also noted that Nigeria was the only commodity economy country that has not leveraged its resources to support other sectors and warned that the country’s economy could not continue to be heavily reliant on hydrocarbons, without a deliberate effort to diversify.

The Governor of Nigeria’s Central Bank, Godwin Emefiele also noted that the bank stability policy thrust was designed in the quest to build a sophisticated economy that is anchored by agriculture, micro, small and medium enterprises (MSME), industrial and manufacturing exploits. He further asserted that Nigeria had in the past decades concentrated heavily on crude oil for revenue generation and the recent decline in production have continually undermined the country’s economic performances and this, he stated has necessitated the need to diversify to non-oil sectors.

Government must promulgate laws that require purchases of local goods.

Per diversification, Professor Uche Uwaleke of Nasarawa state university also admitted the need for legislation for the effective patronage of locally manufactured goods. He noted that the government must promulgate laws that will require Nigerians to patronize locally made goods Dr Ozoemema Nnaji, Director of Trade and Exchange Department of Apex Bank was critical about the. overbearing impact that the oil sector had over the economy, that has continually exposed Nigeria’s economy to external shock every time the oil prices change. Thus, the need to insulate the economy and implement a more sustainable and stable FX strategy through diversification. She further explained that there was a need for inter-sectoral dependence and economic balance to aid the diversification, adding that more export sources would help reduce the reliance on the oil sector.

Diversification of the economy has been long over due. We have numerous sectors where revenue can be generated. Buh they chose to focus on oil. Then what happens when oil crashes. Over dependence on just one source of revenue is not food enough for the economy

Diversification is a very necessary economical advantage. We shouldn’t just rely on only one system that will boost our economy. Our over reliance on oil has made us to refrain from investing in other sectors like Agriculture, Technology, Entertainment, Sports, Tourism etc. We should really do better.

Diversification is good in economy it will not make us focus on sector they are many sector we can generate money from. With the help of diversification it will allow us to make use of every sector not to focus on one so we will not depend on one sector

Diversification is very good for our economy. But Our government rely so much oil money and they have refuse to create enabling environment for other sectors.

All the theoretical growth in the economy doesn’t have any impact either direct or indirect to the citizen of Nigeria and more also corruption is the major cancan worm to the Nigeria economy so government need to diversify the economy to production economy and with this lots of progress will be achieve.

Diversification will allow us to activate all sectors not having full focus on one, it is good we will not be depending on only one sector. I feel diversifying is good.

This has been going on for long Nigeria over reliance on oil has been a detriment to our economy,there are so many things Nigeria can really it’s sustainable on,just hope the government will have a rethink.

In light of the mounting economic unpredictability that has wreaked havoc on the international stage, the economy of Nigeria showed signs of growth during the second quarter of this year.

The outlook for the economies of a great number of regions has been hampered as a result of rising global uncertainty; this should begin to change.

It is unfortunate that crude oil, Nigeria’s primary source of public money, provided only 6.33 percent to the country’s gross domestic product, while non-oil resources accounted for 93.67 percent of the country’s GDP.

With the crops of political leaders in power I don’t think they are ready to diversify. The insurgency is a major factor that need to be dealt with if Nigeria want to start diversification of it economy.

The numbers demonstrate the historical imbalance in the country’s economic structure, which has resulted in a high unemployment rate as well as a crisis in the country’s currency exchange rate and has reduced the nation to a simple consumer economy.

As perhaps the most tragic episodes in their whole existence. Despite the strain on various economies caused by the rising cost of living, the growth numbers for Africa show that consumer spending is sluggish and investment is scarce. This is despite the fact that Africa is home to some of the world’s poorest countries.

Despite the strain on various economies caused by the rising cost of living, the growth numbers for Africa show that consumer spending is sluggish and investment is scarce. This is despite the fact that Africa is home to some of the world’s poorest countries.

Nigeria’s economy is still dependent on crude oil, despite the fact that this has had little impact on the country’s overall economy, profits in foreign currency, and money for the public budget.

Nigeria was the only country with a commodity-based economy that had not diversified its use of its resources to support other industries.

We are all aware that an excessive reliance on a single source of money does not provide an adequate amount of sustenance for the economy, which is why we need to develop more sources.

The need to further deepen the intricacies of the manufacturing industry, where diversification can be reached from both horizontal and vertical viewpoints, will be of significant advantage to the industry as a whole.

Diversification is an economic need. We shouldn’t depend on one economic system. Over-reliance on oil has prevented us from investing in agriculture, technology, entertainment, and sports.