How Nigeria can boost cashew export 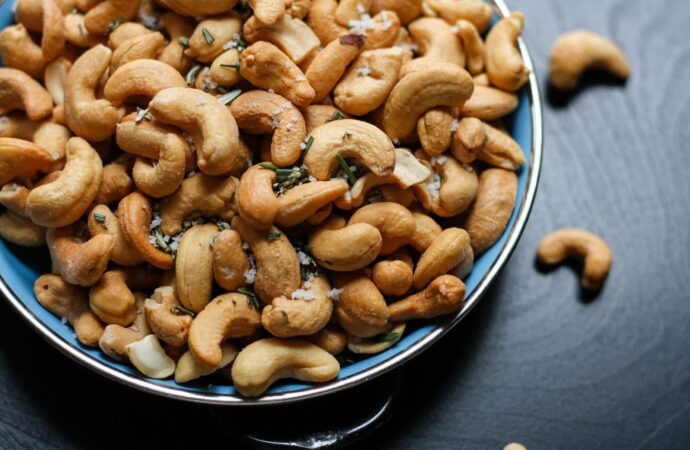 The stakeholders in the cashew and cocoa industries have said that Nigeria can scale up the production of cashews and cocoa by putting in place structures that will attract investors to come in just as Cote d’Ivoire and Ghana have done. Cocoa and cashew make up two-third of the country’s leading cash crops in terms of export and foreign earnings. This is indicated according to data from the National Bureau of Statistics (NBS). Hence, cashew and cocoa are two of the major agricultural products in the country.

Cote d’Ivoire and Ghana, the two largest producers of cocoa, account for over 60 percent of global cocoa production, according to World Atlas. Meanwhile, Nigeria accounts for 6.5 per cent, according to the Nigerian Export Promotion Council. The data obtained from the Observatory of Economic Complexity (OEC) showed that the top exporters of cocoa beans in 2020 were Cote d’Ivoire ($3.52 billion), Ghana ($1.28 billion), Ecuador ($823 million), Cameroon ($590 million), and Nigeria ($489 million).

As of 2020/2021, the International Cocoa Organization estimated Cote d’Ivoire and Ghana’s produce at about 2.25 million tons and 1.05 million of cocoa respectively, while Nigeria’s amount is estimated at 290,000 tons of cocoa. According to a report by the World Bank (titled “Cashing in on Cashews in Cote d’Ivoire”), Cote d’Ivoire’s export value of cashew is estimated at $800 million every year. Based on the OEC’s analyses, both Cote d’Ivoire and Ghana ranked as one of the world’s top exporters of fresh or dried cashew nuts in 2019. Their valuation is $804 million and $351 million respectively. In 2020, Cote d’Ivoire’s cashew exports dropped to $708 million while that of Ghana totaled $354 million.

In comparison with that of Nigeria, cashew exports were valued at $246 million and $215 million in 2019 and 2020 respectively. According to the African Cashew Alliance, several cashew-producing African countries have put various structures and institutions in place to regulate the industry. Countries including Cote d’Ivoire, Tanzania, Benin, Burkina Faso, and Ghana have all established different regulatory structures for their cashew sectors. Adama Coulibaly, the Director-General of Cote d’Ivoire’s Cashew and Cotton Council noted that the council was a product of an agreement among major cashew actors and stakeholders including the government. Coulibaly said proper regulation and organization of the cashew sector encourages farmers and increase productivity and quality while also ensuring the availability of raw cashew nuts for local processors. This leads to the overall growth of the sector.

The council is thus responsible for organizing and regulating the cashew supply chains in Cote d’Ivoire. It formulates and implements policies and initiatives to ensure the growth of the industry in the country. The Tree Crops Development Authority (TCDA) is a similar agency which was inaugurated in September 2020. It is now the regulatory body for cashew and five other tree crops in the country. According to the TCDA Act 2019, the body is to regulate and develop the production, processing, trading, and marketing of cashew, mango, shea, coconut, rubber, and palm oil. It is also mandated to conduct research.

The policies that have boosted the exportation of cocoa beans in both countries can be linked to the availability of cocoa boards in the countries. The president of the National Cocoa Farmers Association, Adeola Adegoke, told the press that Nigerian cocoa beans performed better when there were cocoa boards and a lot of regulations in terms of production. He said that the cocoa board was, however, scrapped and the market became an open market where demand and supply determine the price.

Adegoke thinks Nigeria should revert to the old system.

He said, “In Ghana and Cote d’Ivoire, there are a lot of sustainability programs and government policies targeting the empowerment of the smallest farmers in terms of good agronomic practices making sure that premium cocoa is produced.” Adegoke thinks Nigeria needs to go back to the old system of creating synergy in all the cocoa production steps, whereby there is a specific designated policy and a special unit that would deal with cocoa farmers’ service like the cocoa development unit in the early days where the problems of farmers are tabled and tackled.

Nigerians that are known for cocoa export for long are now behind ghana and cote d’ivoire,when are we going to maximize our full potentials,the government should try to assist the small scale farmers with loans to help in their plantation in order to boost cocoa and cashew exports.

These plantations have a tremendous potentials that can help boost our economy if properly managed as it has thrive years back. Government should pay more attention to this sector.

This country called Nigeria is too overdependent on crude oil rather than diversify to other areas like cashew nut cocoa etc which are cash crops to generate income. Government should work on their policies. It should be favourable enough to support cashew production.

Nigeria Government love the oil money so much, they have refuse to assist people with loan and scholarship. We are very strong and intelligent people, we can be the best. But the truth is that Nigeria Government is frustrating this country. Look at Cote d’Ivoire and Ghane leading us, just because their government is creating enbleing environment for them. A lot of farmers just need little support but government no dey see them

We do have a lot of cash crops the government can invest in and be a source if earnings for the country. Buh the government rather place all their eggs in one basket. Diversification seem like a big problem for them. They are addicted to over dependence on crude oil.

Proper cashew sector regulation and organization stimulate farmers, boost productivity and quality, and ensure the availability of raw cashew nuts for local processors. As a result, the sector as a whole grows.

To ensure the availability of raw cashew nuts for nearby processors as well as the overall expansion of the industry, adequate regulation and organization of the cashew sector must be carried out. This stimulates farmers and increases productivity and quality.

The only thing this farmers need right now is adequate financing and supper from the government, if this exportation can push through, the revenue the country will generate from it will be a lot

Agriculture is one of the economical sector that we have abandoned over the years. One of the cash crop in which we can export to other countries is cashew. If we can invest in our agricultural products and engage in exportation of these products, it will help boost our economy.

If the board were creating to monitor how the products were been manage in the country either from cultivation or to the harvesting stage also to the exporting stage there will be better development and it will generate lots of income for the government and also the farmers will benefit more as well.

The people who have a stake in the cashew and cocoa industries have stated that Nigeria has the potential to significantly increase its production of cashews and cocoa if the country puts in place institutions that are attractive to investors.

Nigeria is so blessed with so many things that can generate income for the country. If we can focus on cocoa and cashew production then there is every possibility that our country can be among best Cocoa and Cashew producing countries in Africa.

Generally, agriculture is one of the economical sector that we need to invest in…Engaging in the exportation of these cashew products comes with a lot of benefits. Government should pay more attention to this sector.

The country’s major cash crops in terms of export and foreign revenues are cocoa and cashew, which together make up two-thirds of the country’s leading cash crops.

As a result of this, cashews and cocoa are two of the most important agricultural products produced in the nation and they should be well financed

In the cashew industry, encouraging farmers to grow more cashews, increasing productivity and quality, and ensuring the availability of raw cashew nuts for local processors are all outcomes of properly regulating and organising the sector.

The cashew supply chains in Cote d’Ivoire fall under the purview of the council, making it accountable for their organisation and regulation.

a specialised department that would provide assistance to cocoa farmers, much like the cocoa development department did in the early days of the industry; here, issues faced by cocoa farmers would be discussed and solutions offered.

It is not good as the cocoa board was eliminated, and the market transitioned to a free-for-all where the price is determined by the amount of demand and supply.

The production, processing, trade, and marketing of cashews, mangoes, shea butter, coconuts, rubber, and palm oil are all areas that are to be regulated and developed by the body. In addition to that, it is required to carry out research.