Prices of bread will increase by at least 20% 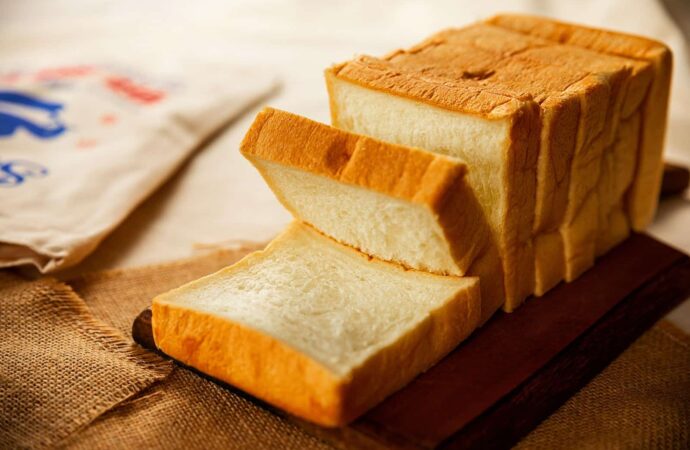 The association of bakers in Nigeria says prices of bread will increase by 20%.

As the inflation rate in Nigeria continues to accelerate, various industries have consequently adjusted to the situation by hiking the prices of their products. The Association of Master Bakers and Caterers of Nigeria (AMBCN) has said that the prices of different sizes of bread will increase by at least 20 percent starting in July. The association began a nationwide strike on July 20th, 2022 to protest the soaring costs of production, which they claimed was fueled by the Russian-Ukrainian war. The association planned to continue their strike action for at least a week in order to pressure the government to remove a 15 percent tax on wheat.

“Although the federal government is yet to respond to our pleas and demands, we are satisfied that we have at least sent a message hoping for a positive result,” Gabriel Bamidele-Adeniyi, Chairman of AMBCN (Kogi State Chapter) told the press. “Unfortunately, as we resume production on July 25th, prices of bread will definitely increase by 20 percent. A bread of N200 will cost between N240 and N250; that of N500 will cost N600; that of N600, N750; that of N700 will cost N880; and that of N800 between N980 and N1000.”

Mr. Bamidele-Adeniyi assures the public that the increment in the price of bread is not their doing but as a result of the increase in the commodities used in bread production. “We want the public to know that the new increment in process of stable bread is not our making but that of the increase in the prices of commodities that we use in bread production. We want the government to see to it that prices of yeast, sugar, and flour being imported are drastically reduced so that not only three companies have the license to import them. Unfortunately, those three firms are monopolizing the prices of sugar, yeast, and flour to the detriment of bakers in Nigeria,” he said.

As the national body of bakers and caterers in Nigeria declared the strike action, different state chapters decided whether to follow suit or take another approach. Kogi Masters Bakers joined the strike but after weeks of strike, they’re resuming production as well as increasing the prices of their products. Bakers in Abuja said that they had decided not to take part in the strike because they preferred to engage with the government to find solutions. However, they threatened to suspend production if that approach failed.

Residents of Enugu complain about the hike in prices.

Residents of Enugu complained about the warning strike embarked upon by the bread bakers, as its current price had become unaffordable. Some bread sellers said that there had been a 30 percent increase because of the strike. A bread seller, Samson Igwe, said that the price would further increase across the state but that he did not feel his customers will stop patronizing him. “My customers will only reduce the number of loaves they buy but will find it difficult to do away with eating bread daily,” he said.

Nancy Okwuchi, a resident of Achara Layout in Enugu, said that the increase in price will affect the cost and pattern of feeding in many homes. “Sometimes, when there is no food in the house, I prepare tea with bread for my kids as they wait for me to cook. But with the new increase and further increase, it will be difficult to feed the children with bread as usual,” she said. The reasons for the strike included the incessant increase in the prices of baking materials, the need to stop the 15 percent levy on wheat import as well as the need for NAFDAC to review downwards the N154,000 penalty charged to bakeries on late renewal of certificates.

A lot of Nigerians would suffer, says Director of Canaan Delight Bakery.

Meanwhile, in Cross Rivers State, the Masters Bakers did not join the national body in the suspension of production, but they resolved to increase price and reduce the quantity of production to prevent wastage. The Director of Canaan Delight Bakery Nigeria Limited noted that a withdrawal of service was not good for the system because a lot of Nigerians would suffer the lack of bread as a staple commodity in the country. “The planned increment is not even enough. This is because the price of every means of production has increased, from condiments to diesel and all other raw materials. This is a global issue that is not peculiar to Nigeria or materials for baking alone but the price of every foodstuff has increased significantly.”

Bread another staple food consumed in Nigeria is so expensive that you think twice before buying now,I don’t just know what money can buy in our dear country,why oh why…Food that is so essential for survival our government are just so clueless.

The planned 20% increase is too much, the bakers should reconsider their decision because it will make the bread unaffordable to a lot of people. Most people use this bread to get by everyday but if this price should increase they will clearly not be able to feed themselves with the bread.

It’s just so sad that the government is showing less concern about the way the inflation rate is making people suffer. They should just try to consider us and do their best to put measures that will help reduce inflation rate in place.

This inflation rate will make people suffer, bread is one of food people consume alot if it is increase it will affect the people alot our government should try and find solution to reduce the inflation rate

It is true that this is a global issue and it is not peculiar to Nigeria or materials for baking alone but the price of every foodstuff has increased significantly. But other countries are managing this properly but Nigeria government is not taking any significant step towards it.

The inflation rate of Nigeria has now affected production of flour. Even the cost of diesel too has gone high. Thus, the cost of production of all these things will also go high. The consumers then become the ones that will bear the brunt of the economy harsh realities. Common bread too will now increase in price. It is really well with us in this country.

What more can we do, how can we cry, how can we beg this government about the condition of this country. Am not just happy with the way things are happening. What is the crime of the masses in the country. The inflation rate in this country is too bad. Bread wey we they manage is something else now. Bread and beans wey i they take they see front. Chai…. Hunger ooo. Government want to turn me into a begger

What more needs to happen for this government to know the country is crumbling and they should do something asap? Bread and other flour-made snacks are like a go-to food for those who can’t afford to buy a proper meal. Now, here we go.The inflation has affected everything.

It all comes down to the continuous rise in inflation rates ravaging our economy while our government remains complacent watching the people suffer and struggle to put food on their tables on a daily basis. Nothing works again, let’s all pray for better days in this country.

Millions of Nigerians will suffer from this outcome. Bread is the most affordable food for millions of people and may not be available to them or affordable. The government must act swiftly to curb the inflation rate or many people will die of starvation. Also, this government should stop the monopoly market and issue out licenses to other companies to create a competitive market for the benefit of the citizens.

Bread has always been the last option for those that are broke, now that bread is now expensive I wonder how those people will survive. This inflation is making people suffer a lot.

What is happening in this country called for God sake. Why will the most precious and common man food become so expensive. Now we can’t buy bread again. Factually everything that we buy is on the rise because of inflation. This country is at the point of collapsing. It is only God that can help us.

This is getting ridiculous; even bread too is getting price hiked. That means We need to find alternatives to bread

As a direct consequence of this, a number of different industries have increased the costs of the items they offer, and you really can’t blame them because this is the circumstance in which they find themselves in this country.

Every business is aimed to make a profit, however conflict of interest rises when the cost of production is on the higher side.

This is not the time that 15 percent should be taxed on wheat, this will really affect a lot of people.

People need to be relieved of this pain.

How does the Russia-Ukraine war affect the production of bread? These people are hilarious with their silly excuse, they just want to extort people.

The common man food is now so expensive that it is only available for the rich men. Very soon revolution with take place in this country. The government will be forcefully ejected out of office(bad leaders who are bad managers). Inflation has led to increase in the price of bread by 20% . Already the poor masses are hungry and finding it difficult to feed.I hope government will turn a new leave and do the right thing.

It’s not only bread that has increased in this country. Every other thing you can think f has also increased; where are we heading in this country? Because people can’t keep living like this

What should we expect from every other food stuff items when bread, which people consume a lot of, is become more expensive? The government in this nation needs to act before the situation worsens due to our declining economy.

The true perpetrators, which are the government, continue to live comfortable lifestyles in their homes while the actual victims, who are the customers, are always the ones who will face the brunt of the harsh reality of the economy.

Instead of engaging in a strike, why cant they talk to the government so they will come to a feasible solution? This strike will affect them more and we, the citizens.

The government should grant more license to other companies and businesses that wants to sell these bread ingredients like yeast, sugar etc., so one company won’t monopolise it and put any price they want on it. This would make things better.

The inflation rate of Nigeria has now affected production of flour. Even the cost of diesel too has gone high. The government must act swiftly to curb the inflation rate.