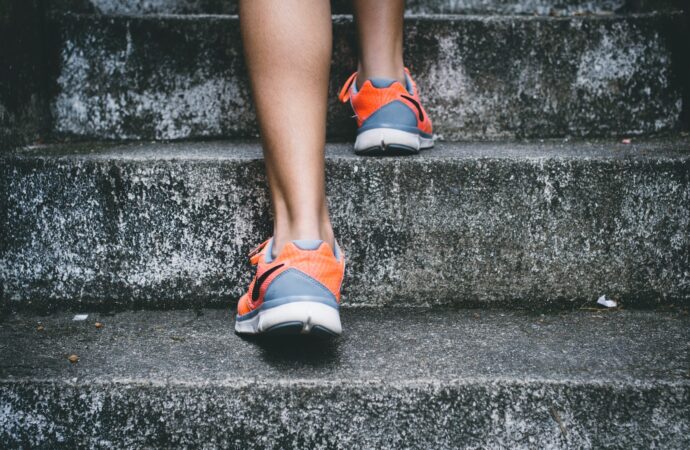 The NHIA Act 2022 seeks to achieve universal health coverage by 2030.

The Osun Coordinator of the National Health Insurance Authority (NHIA) has said that the NHIA Act 2022 now makes health insurance mandatory for every Nigerian, regardless of age or status. Mrs. Nafisat Adekunle revealed this during an interactive forum with representatives of federal ministries, departments and agencies (MDAs), health care facilities and health maintenance organizations on September 15, 2022, in Osogbo, Osun State. She explained that unlike the former National Health Insurance Scheme (NHIS) in which health insurance was optional, this Act signed by President Muhammadu Buhari now mandates it.

Mrs. Adekunle said that the aim of the forum was to familiarize stakeholders with the NHIA Act. She said that the aim of the Act is to achieve universal health coverage by 2030, according to the Sustainable Development Goals set by the United Nations. Simply put, the Act aims to give Nigerians access to affordable and quality health care. She said, “Under the NHIA Act, all Nigerians, irrespective of whether they are self-employed, government workers, private workers, vulnerable groups, retirees, or corps members, are adequately covered.”

Presently, this Act may be suitable to the Nigerian situation. According to Knoema, Nigeria’s out-of-pocket expenditure had consistently been at least 70 percent of all health payments from 2008 to 2019. Out-of-pocket health expenditure are spending on health directly out-of-pocket by households. This means that Nigerians have to pay for 70 percent of expenses incurred on their health. This also shows that the health sector in the country is largely unsubsidized especially when surgeries and complex treatments are involved.

In Nigeria, one of the causes of poverty for an otherwise stable family is health problems. An average family is one terminal illness of a member away from becoming poor. This is because when families have to bear the cost of expensive treatments, which they cannot afford, and they may not recover from it. Treatments such as chemotherapy is one of such. There are also expensive surgeries that are not subsidized such as cesarean section and removal of tumors.

Nigerians are doubtful of insurance in general.

This is not supposed to be widespread, but Nigerians are generally doubtful of insurance. It is not until emergencies occur that the need to have subscribed for insurance becomes wise. Statistics also show that Nigerians do not generally like to pay for insurance however it is mandatory. According to the Nigerian Insurance Association (NIA), as of January 2022, only approximately 3.4 million cars out of 12 million on the roads in Nigeria are insured. This means more than 70 percent of vehicles in Nigeria have no insurance.

In the health sector, survey data shows that 97 percent of Nigeria’s population is not covered by any kind of health insurance. The remaining three percent who have health insurance are provided for by employee health coverage. In other words, Nigerians do not care about health insurance except a minute percentage. And those who care about it only do so because they have to consent to its coverage by their employer. This is why Mrs. Adekunle said that the agency has embarked on continuous community mobilization and sensitization of people at the grassroots on the need for them to key into the health insurance. She also appealed to service providers and health management organizations to always treat beneficiaries of the health system with respect and dignity.

How does Nigeria plan to implement the Act of law?

Nonetheless, the NHIA Act is a good piece of legislation that is meant to help Nigerians in the area of health coverage. However, since adequate documentation is still lacking in Nigeria generally, how does the government plan to implement the policy? If documentation is not incorporated into Nigeria’s core system, the policy may hit a wall at some point. Also, will all hospitals, including private-owned ones, support the scheme? This is important because government hospitals cannot cater to all patients in the country.

The NHIS suppose to be compulsory for every citizen of Nigeria if the government really want to do the right thing or if they really cherish their citizens because the program makes healthcare system very accessible at cheaper rate to the citizens.

Although health insurance is quiet important especially in time of emergencies buh its not everyone that has the financial ability to subscribe for the insurance even if it is mandatory.

This will really help a lot of people to secure their health system in the future. Having health insurance will help to prevent any unforeseen incident that one doesn’t have the financial capacity to take care of as it pertains to our health. I hope by 2030, the initiative comes into place.

This will significantly assist many individuals in securing their healthcare system in the future. When it comes to our health, having health insurance can help to prevent any unplanned events that we wouldn’t be able to afford to handle. I’m hoping the initiative is put in place by 2030.

This has be the best policy so far,putting in place measure that will ensure that all the citizens of the country have access to health insurance regardless of the age and status is a very good idea

If government want to make the National Health Insurance Scheme a very good one, the need to support it very well

This is a nice development the health insurance will help in taking care of our health I hope this is done quick. It regardless of age and status it is good idea

The initiative should comes into place…but if it’s going to be made mandatory, the cover should work in hands with the health insurance workers and make the platform accessible at cheaper rate to the citizens.

It is encouraging that the NHIA Act 2022 makes having health insurance essential for every single Nigerian citizen, regardless of age or social standing.

In line with the United Nations’ Sustainable Development Goals, the Act’s overarching goal is to provide health care to all people around the world which is very good.

For the most part, the Act’s stated goal is to ensure that all Nigerians have access to health care that is both inexpensive and of high quality.

It is not intended for the government to cover the majority of the costs in the country’s health care system, particularly those associated with sophisticated procedures and treatments.

In Nigeria, one of the reasons a family may fall into poverty while having a stable financial situation is because of health difficulties. One fatal disease suffered by a family member is all that stands between a typical family and abject poverty.

There are additional costly procedures that are not covered by insurance, such as the delivery of a baby by caesarean section or the removal of tumours; the federal government is responsible for helping pay for procedures like these.

beneficiaries of the health system should be treated with the utmost respect and decency at all times by service providers and organisations that manage health care.

It is not until the occurrence of unexpected events that it becomes obvious how important it is to have purchased insurance, which is not how things should work.

Many people will benefit greatly from this in terms of securing their healthcare system in the future. Having health insurance will help to prevent any unanticipated health-related events for which one does not have the financial means to make arrangements.

It will be a wonderful thing if health insurance is mandatory and affordable to Nigerians Nationwide.

If health insurance is mandatory in Nigeria at low cost or even subsidized then it will greatly benefit us. Proper awareness should also be carried to rural areas to be able to make this health scheme available Nationwide.