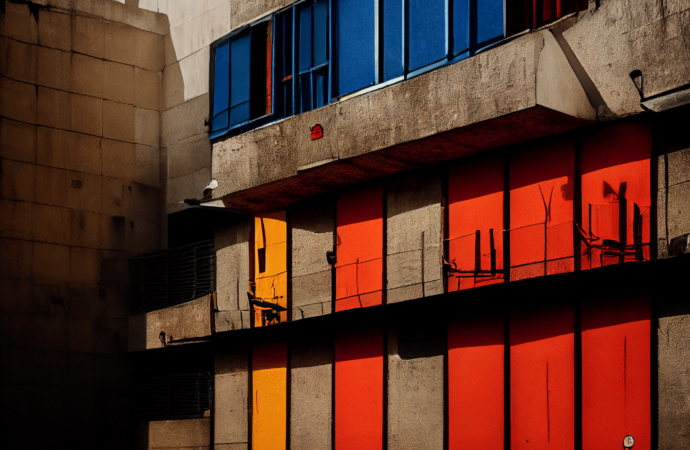 The union urged the committee to learn from federal universities.

The Academic Staff Union of Universities (ASUU) has urged the Committee of Pro-Chancellors of State-Owned Universities in Nigeria (COPSON) to stop acting according to popular opinion. The union asked the committee to learn from their counterparts in federal universities that are pushing on the Federal Government to do what is needful for public universities. ASUU Rapid Response’s Convener, Prof. Ade Adejumo, reiterated that no amount of threat will make the union stop fighting for quality education and better welfare of its members.

Union condemned the communique which was issued at the end of COPSON’s meeting. The communique stated that the Federal Government should enforce the no-work-no-pay rule and that the centrally agreed negotiations will not be binding on them to obey. ASUU’s head said that COPSON needs to understand the principle of collective bargaining, which is supported by the law. Adejumo said, “Why have they not insisted that policies and directives of central regulatory bodies like the Joint Admissions and Matriculation Board (JAMB), National Universities Commission (NUC) and National Youth Service Corps (NYSC) are not binding on them?”

Ade Adejumo insisted that ASUU is one and that a thousand communiques from COPSON cannot break the resolve of ASUU members. He admonished the pro-chancellors to provide evidence that their schools have improved salaries and better welfare of lecturers. He said that the committee and its members are always eager to run to Abuja to receive from Tertiary Education Trust Fund (TETFUND) which ASUU brought into existence. He also stated that Nigeria’s education system is being shown ominous signs. Finally, that the latest assault on the university system in Nigeria is evidenced by the communique released by COPSON.

Strike action started on February 14, 2022 as a 30-day warning strike. After this period elapsed, the union extended the strike as it did multiple times. It was not until August 29, 2022 that the union declared an indefinite strike. This was after grounding public universities to a halt for over six months. Presently, the strike action has exceeded seven months. As of September 20, 2022, the strike has lasted for 218 days.

Are state universities justified to join the strike?

ASUU embarked on a strike action in February, 2022 because the Federal Government failed to implement the 2009 agreement that the Umaru Musa Yar’adua administration signed with the academic union. This is also in addition to the push for a better salary scale for lecturers as well as better working conditions. There is also a battle over ASUU’s University Transparency and Accountability Solution (UTAS), which the union demanded to replace the Federal Government’s Integrated Personnel and Payroll Information System (IPPIS).

Parties involved justified this strike action for federal universities because the majority of its students’ tuitions are waved or subsidized for by the government. At the University of Lagos, for instance, full-time students are exempt from paying tuition fees except administrative fees. However, many state universities charge students as much as half a million Naira per session as tuition fees. In addition, these state-owned universities are funded by their respective state governments. Also, sources have claimed the salary structure of a lecturer in a state-owned university is quite different from that of lecturers in a federal university. Hence, many critics have asked if state universities are justified to join the strike action.

On September 11, 2022, the Federal Government announced that it had referred the prolonged ASUU strike to the National Industrial Court of Nigeria (NICN) for adjudication, following the failure of the two parties involved (the Federal Ministry of Education and ASUU) to come to an agreement. The court adjourned the case to September 19, 2022. Presently, the case has been adjourned to September 21, 2022. The government had approached the court to challenge the ongoing industrial strike action by ASUU.

ASUU cautioning it’s counterpart COPSON to watch their utterances concerning the strike if their own state lecturers welfare are well taken care of by the government before asking that the strike be stopped.ASUU should please consider these children sitting at home.

Asking rebuking COPSON is for their national interest, in which all lecturers will still be beneficiaries. Asuu should not forget that once their condition has been met. They must rigorously do their best to lecture their students with utmost attention and dedication to their work.

ASUU and FG should pity the student and end this strike. People are discourage about the education of our country. The student want to go back to school are bee through with their study and know the next step

The situations in this country is critical and need urgent attention. How can our children remain at home for the pass 6 months and our government can’t do anything about it. If our government are will to fulfill ASUUs demand them they’re ready to give our children quality education.

ASUU embarked on a strike action in February, 2022 because the Federal Government failed to implement the 2009 agreement that the Umaru Musa Yar’adua administration signed with the academic union. This is also in addition to the push for a better salary scale for lecturers as well as better working conditions. These are all good intentions. Buh sadly, the strike seem not to be getting the government’s attention. It’s really sad

Asuu vs government, students are just tired of this strike since February. No pity at all, so sad. What have we done to deserve all this treatment from them. What a country

ASUU embarked on a strike action in February, 2022 because the Federal Government failed to implement the 2009 agreement that the Umaru Musa Yar’adua administration signed with the academic union. This is also in addition to the push for a better salary scale for lecturers as well as better working conditions. These are good intentions. Unfortunately the strike doesn’t seem to be getting the attention of the government

Due to the Federal Government’s failure to carry out the terms of the contract that the Umaru Musa Yar’adua administration signed with the academic union in 2009, ASUU began a strike action in February 2022. On top of that, efforts are also being made to improve working conditions and the pay scale for academics. Good intentions lie behind this. Sadly, it seems like the government isn’t paying much attention to the strike.

Why should COPSON follow suit with ASUU? ASUU is not giving a good example so I feel no other union should learn from them .

It’s true that this state universities charge a whole lot of fee , but the fact that the student get benefit they deserve is what matters.

It is encouraging to know that the union’s commitment to ensuring its members have access to high-quality education and improved living conditions will not be shaken by any amount of pressure.

The rule that if you don’t work, you don’t get paid should be enforced by the government, and they should be told that the centrally agreed upon negotiations will not be binding on them to obey.

ASUU has done a lot of harm to the students in Nigeria, and now they want others to follow suit, this doesn’t make any sense.

the pro-chancellors are required to provide evidence that their institutions have increased the salaries of lecturers and improved their overall welfare.

People are dissatisfied with our country’s education system. The student wishes to return to school. ASUU and FG should feel sorry for the students and call an end to the strike.

The justification given by the parties involved for this strike action for federal universities was that the majority of the students attending those universities have their tuitions either waived or subsidised by the government.

The government should just give Asuu what they want so this entire hassle can end and the strike will be over.

The commentary made by COPSON will do more damage than good to the ongoing strike.Government should do there part by fulfilling all the promises so that education system will be better of.

Federal Government of Nigeria please provide what our school need. COPSON must have collect bribe that is why they want ASUU to end their strike. This country is just upside down. It is well

The situations in this country is critical and need urgent attention. Asuu should not forget that once their condition has been met. They must rigorously do their best to lecture their students with utmost attention and dedication to their work.