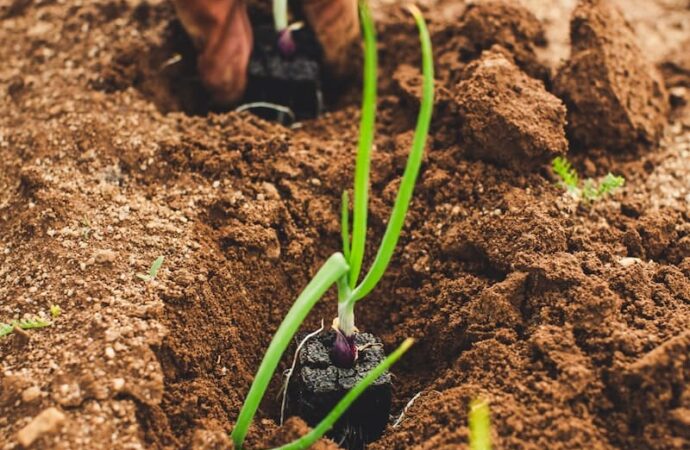 Nigeria currently has 56% underutilized arable land, with 44% being cultivated.

It has been calculated that annual rainfall in the country is between 300mm and 4,000mm. conversely, the country’s potential irrigable area in over 3 million hectares with below seven percent is currently in use. However, the minister affirmed that the government was trying its best possible to ensure the encouragement of agriculture. Some of the means employed by the government include the training of over 150,000 women and youths and the empowerment of about 140,000 on various agricultural crops, fisheries and livestock value chains: the training of about 200,000 farmers on Good Agricultural Practices (GAP), and over 200,000 farmers on Farmer Business School (FBS).

NATIP as a medium of modernizing the agricultural sector.

According to recent reports from the National Bureau of Statistics, as stated by Abubakar, there is an indication that the agricultural sector topped the charts in a survey of seven sectors said to have added to the Nigeria economy in the second quarter (Q2) of 2022. It was recorded to have performed better than six other sectors which comprise Trade, Telecommunications, Manufacturing, Oil & Gas, Real Estate, Finance and Insurance. The chart also disclosed that Agriculture contributed 23.3 percent to the Q1, 2022 national GDP.

In order to enable the improvement of agricultural performance in the country, the minister stated that the federal government was fueling the strength of the linkage between research, agriculture and industry by the intensification of the commodity value chain development process. This process is under the guide of the new framework of the National Agricultural Technology and Innovation Policy (NATIP), 2022-2027, which was launched in August 2022. It aims at modernizing the agricultural sector in accordance with changing global food systems and supply chains.

Ministry of Agriculture to establish 100 processing centers in rural areas.

NATIP is referred to as the Ministry’s response to the present administration Agenda of the diversification of the country’s economy from petroleum oil-based to Agriculture and solid minerals. This policy is also considered as a successor policy of the Agricultural Promotion Policy (APP), 2016-2020, established with a view to aid the development of priority value chains on the grounds of comparative ecological advantages across crops, livestock and fisheries sub-sectors in joint cooperation with the States Government.

To achieve its main objective, which is to ensure food security, generation of employment, and creation of wealth in the country, the ministry of agriculture pledges commitment to support the establishment of about 100 processing centers in rural communities across the country as part of the Green Imperative Project of a private-driven mechanization program. The head of the ministry further said that there would be a robust development of clusters, rural nodal centers, and rural cottage industries, as well as an establishment of six Special Agro-industrial Processing Zones (SAPZ), across the nation.

The President of Nigeria approved an intervention fund.

As a show of encouragement, the president of the federation has endorsed an intervention fund for the enablement of the 10 Nos large-scale rice mills with a combined minimum capacity of 320 MT per day in 10 states. The mills have their locations in Jigawa, Ogun, Kaduna, Adamawa, Ekiti, Bayelsa, Kano, Gombe, Niger, and the Federal Capital Territory (FCT). The Minister of State for Agriculture, Hon. Mustapha Shehuri, expressed optimism over the set objectives of the ministry. The Governor of Plateau State, Mr. Simon Lalong, likewise commended the minister for his support in the implementation of the National Livestock Transformation Plan (NLTP).

More needs to be done concerning agriculture because we have lands and this has always been a source of survival to our fore fathers and more intervention is needed from the federal government.

If the agricultural sector topped the charts in a survey of seven sectors said to have added to the Nigeria economy in the second quarter (Q2) of 2022. Sectors consisting of Trade, Telecommunications, Manufacturing, Oil & Gas, Real Estate, Finance and Insurance; then if it’s well invested in, it’d help the economy grow.

We know the role Agricultural sector plays on the economy. It is instrumental to reviving our economy. We should make use of our other arable lands which have not been cultivated. Cash crops especially should be invested on mostly.

If a survey of seven industries claimed to have boosted the Nigerian economy in the second quarter (Q2) of 2022 found that the agricultural industry came out on top. The economy would obviously benefit if it were well invested in.

Agriculture will definitely boost our economy if it is well financed, the government should start by encouraging farming amongst its citizens.

With just 44% of the land being utilized agriculture is contributing 23% to the GDP, if more of the underutilized lands can be cultivated, then agriculture will contribute more to the GDP

Without Agriculture no human on Earth will survive. It play one of the major really. Government need to invest more

We should make use of our other arable lands which have not been cultivated. The economy would benefit if its well invested in.

The government ought to make every effort to the best of its abilities in order to ensure that agriculture is encouraged, so people can practice it

Training of people to be involved in agriculture will go a long way in pushing the growth of agriculture in the country. Good move

It is good that the minister announced that the federal government was increasing the pace of commodities value chain development in order to facilitate the improvement of agricultural performance across the country.

This step is being taken in an effort to bring the agricultural industry up to speed with the rapidly evolving global food supply chains and distribution systems.

There is evidence that the agriculture sector came out on top in a survey of seven industries that were believed to have contributed to the economy of Nigeria in the second quarter (Q2) of 2022, and our government ought to expand on this success.

These agencies are obligated, in conjunction with the state governments, to assist in the growth of priority value chains on the basis of comparative ecological advantages across the crop, livestock, and fisheries sub-sectors.

It is wonderful that the Ministry of Agriculture has committed to supporting the creation of around one hundred processing centres in rural areas all over the nation as part of the Green Imperative Project, which is a privately driven mechanisation programme.

Because of the positive impact that this will have on the expansion of agriculture in the country, there will be a significant increase in the establishment of rural clusters, rural nodal centres, and rural cottage businesses.

No matter the type of funding made available if terrorism, Fulani herdsmen activities are not curbed we might not be able to use must of our arable land for farming.

How can we utilize our arable lands when Fulani herdsmen activities are not curbed by our Federal Government? It is not about funding now but how best government policies are favourably to the farmers, how comfortable is a farmer going to farm?