Growing the economy through diversification 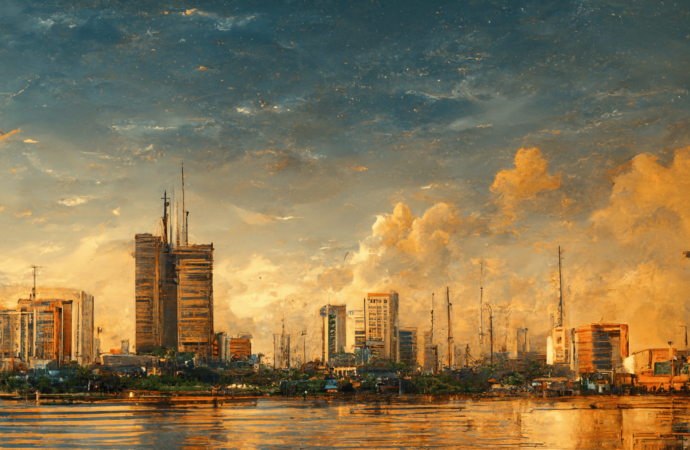 As the Federal Government of Nigeria continues to undertake initiatives to overcome the economic challenges caused by various local and global factors (such as the Russia-Ukraine war), stakeholders say that the authorities should accelerate economic diversification initiatives. At a recent forum in Abuja, some stakeholders called for a synergy between monetary and fiscal authorities to diversify the economy and create multiple revenue sources. They complained that heavy dependence on crude oil for foreign reserve earnings has left the country vulnerable to global economic shock and force majeures.

According to the Governor of the Central Bank of Nigeria (CBN), Mr.Godwin Emefiele, the quest for building a diversified economy is a major component of the Federal Government’s Monetary Policy. At the recently held 33rd finance correspondents and editors’ seminars, Emefiele was quoted as saying that the diversified economy will be built around agriculture-micro, small and medium enterprises (MSMEs), and industrial and manufacturing concerns. He said that Nigeria had largely depended on the oil sector for revenue generation over the past four decades, adding that decline in crude oil production had undermined the performance of the economy.

Industrial and manufacturing concerns have become the major components.

The CBN governor said, “There is the urgent need for a conscientious effort to diversify to other non-oil sectors. Our population has been growing by over three per cent per annum over the past seven years, against a less-than-steady growth in output since 2019. It is important that we work to create an economy that will enable us to feed ourselves, create jobs for our teeming youths, and improve the standard of living of our people.”

He said that the economic challenges brought about by the COVID-19 pandemic and the Russia-Ukraine war had also made the idea of economic diversification necessary. He said, “As the world is gradually exiting the devastating negative shocks and impact of COVID-19, the economic sanctions against Russia have further worsened the existing supply-chain disruptions across the globe. Therefore, the quest for building a more sophisticated economy anchored on agriculture, MSMEs, industrial and manufacturing concerns has become the major component of our monetary policy.”

Statistics show that if they are well-harnessed, the MSMEs can indeed become the springboard that will launch the nation’s economy to greater heights. The media recently quoted the Director General of Small and Medium Enterprises Development Agency (SMEDAN), Mr. Olawale Fasanya as saying that MSMEs contribute 43.31 per cent of the nation’s Gross Domestic Product (GDP). He said the figure is an outcome of a 2022 survey, which was conducted by the agency in collaboration with the National Bureau of Statistics.

Fasanya, who spoke ahead of the 2022 World MSMEs Day in Abuja, said that the enterprise employs an estimated 39 Nigerians representing just under 88 percent of Nigeria’s workforce. Also, the Director of Trade and Exchange Department of the CBN, Dr. Ozoemena Nnaji, said that diversification will quicken economic growth. According to Nnaji, the status of Nigeria as a mono-product economy had been detrimental to economic growth. She said that a mono-product economy is unstable, adding that an increase or decrease in the world price of the mono product will affect the budget of the economy.

The oil sector has an overbearing impact on Nigeria’s economy.

Referring to the economy, she said, “It may witness a high percentage of unemployment. It is import-dependent and cannot stand on its own. It weakens the foreign exchange base of the country’s economy. The overbearing impact of the oil sector on the nation’s economy exposed the country to external shocks whenever there is change in price. To insulate the Nigerian economy from the shocks and foreign exchange shortages,” she also stated, “there is need to develop new strategies aimed at earning more stable and sustainable inflows of FX through diversification of the non-oil export sector.”

We have been clamouring for this diversification of the economy for a long time, still nothing have been done. Expand the economy through different sectors. We shouldn’t just rely on just one economic structure.

Really wee need to grow our economy in a more diversified way,our over reliance on oil should be stopped there are so many things we can tap from in our nation because we are so blessed

We need to grow our economy in a more diversified way, yes we are ready but government is not helping matter na. This same government believe so much in oil sector. If government of Nigeria is serious about economy diversification they should create ambling environment for it. This present government only talk no action for good

Nigeria is a country endowed with tremendous natural resources in which we can monetize. The government needs to tap into other sectors like the agricultural and fishery sector that will generate more revenue.

We need to grow our economy in a more diversified way. we shouldn’t just rely on just one economic structure. I believe we are gong to benefit from it.

Recently, in Abuja, there was a session where several stakeholders voiced their support for the creation of a synergy between monetary and fiscal authorities in order to diversify the economy and generate multiple sources of revenue.

The country’s precarious position in the face of global economic volatility and unforeseeable events is a direct result of its over reliance on earnings from crude oil exports to fund its foreign reserve holdings.

The agricultural sector, along with micro, small, and medium companies (MSMEs), as well as manufacturing and industrial sectors, will form the foundation of the diversified economy.

The country’s precarious position in the face of global economic volatility and unforeseeable events is a direct result of its over reliance on earnings from crude oil exports to fund its foreign reserve holdings.

During the past seven years, our population has been rising at a rate that is greater than three percent on an annual basis, in contrast to a growth in output that has been less than stable since 2019.

Honestly I am extremely angry with all these talk on diversification without actions that produce positive results. Every now and then someone will come up and talk about the need to diversify our rather than rely on crude oil. Our Government both state and federal prefer to depend on only crude oil. How far can we go with this alone. It is well

It is imperative that new policies be developed with the goal of achieving more consistent and long-term inflows of foreign exchange through the diversification of the non-oil export sector.

number is the result of a survey that was carried out in 2022 by the agency in conjunction with the National Bureau of Statistics.

It is essential that we make efforts to build an economy that will allow us to provide for our own sustenance, provide employment opportunities for our growing number of young people, and raise the general standard of living of our population.

Over dependence on oil is what is destroying the state of our economy right now. The government needs to know that defending on just one source of revenue will not help the economy to grow at all

Economy diversification is what most country need , especially Nigeria. The government should invest in sectors like agriculture, mining,etc

It is crucial that new policies be created with the aim of increasing the consistency and longevity of foreign exchange inflows through the diversifying of the non-oil export sector.

For Nigeria to grow in term of economy,we really need to diversify the economy from consumption economy to production economy,with there would be job and economy will benefit alot.

As a nation we can’t continue to depend only on crude oil from one region of the country we need to diversify. It is unfortunate that diversification of our economy has been noised so many times before now but the action taken are eventually killed by government policies. Our government are the enemy of economy diversification.

Diversification is essential for growing an economy. We can’t rely on oil forever. The country is blessed with numerous resources. We just need to diversify.