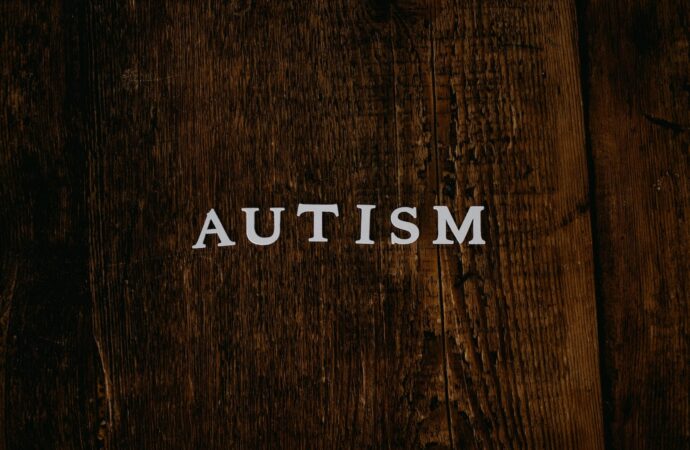 Experts blamed the increase in cases on more awareness and cultural factors.

Health experts in early September in Lagos blamed the growing number of autism cases in the last ten years in Nigeria and other African countries on increased awareness. The experts spoke at the GTCO Plc’s 12th Annual Autism Conference, which was held in Lagos with the theme, “Creating a Community of Autism Advocates.” They advised parents to seek professional advice in case of suspected autism in their children. Dr. Muideen Bakare, a Chief Consultant Psychiatrist and Head of the Child and Adolescent Unit of Neuropsychiatric Hospital, Enugu, explained a typical trend in the Nigerian school and hospital.

He said, “While there’s no national figure, the average is about 1-2 percent of the children in school but in clinical setting, the prevalence may be higher than that because more parents are bringing their children to the hospital.” Bakare blamed the increase in cases now on increased awareness and cultural factors. “There is a notion that black Africans don’t suffer autism because it’s rarely found among Africans due to our communal living. But these days, we have more nuclear families and children have less interactions and little exposure to peer relationships with extended family members because of nuclear setting. You need peer-to-peer interaction for mindset development. Play is an essential part of the development of any child,” Bakare said.

Bakare lists signs to watch out for in children.

He advised that if there is a development; delay, speech delay or a child cannot look straight to you in the eyes, those are the signs to consider in seeing a professional. He also said that if the child is always wishing to be on his or her own, is being consumed in his own world, and may be lacking in concentration, this is another sign. Also, a Consultant Emergency Psychiatrist with the Neuropsychiatric Hospital, Aro Abeokuta, Dr Oladipo Sowunmi, stated to parents, “You need the right person to make the right diagnosis for you or else, everything that happens in the life of a child will be termed autism like intellectual disorders.”

“In general, neurodevelopmental disorders in children is like a salad mixed with different ingredients, you need somebody to sort the ingredients for you and let you know the main problems,” he said. Speaking on when to begin to suspect a case of autism, Sowunmi said, “It might appear earlier or later in life but usually we evaluate children during the period that their education had started where you expect more social interactions. In our community, most of the children were picked around the age of six. But if you are within the more educated setting where there’s a pressure of starting the preschool, there’s also a likelihood that you picked it earlier. We are expecting for all of us to do more in showing practical support for this special group of persons by adopting a mindset of inclusion.”

What is autism, its symptoms and how to identify it in our youth?

According to the United States Centers for Disease Control and Prevention (CDC), Autism Spectrum Disorder (ASD) is a developmental disability caused by differences in the brain. People with ASD often have problems with social communication and interaction, and restricted or repetitive behaviors or interests. They may also have different ways of learning, moving, or paying attention. However, some people without ASD might also have some of the symptoms of ASD. But for people with ASD, these characteristics can make their lives very challenging.

Managing autism in adults is a real challenge.

Majority of the diagnosis of ASD made are on children. This means that any child whose diagnosis has been missed will continue to struggle with the disorder. Also, many of the resources, help and government support on autism are concentrated on children. What simply happens is that these resources seem to disappear in adulthood, even for diagnosed children. This is why these experts have recommended that parents pay attention to their kids and seek appropriate care for them. This includes noticing any strange thing about their children and seeking professional help.

This shows awareness is really taking place. A lot of children in which they don’t know have autism now have been discovered through the awareness. I only hope the victims are not discriminated against.

I just hope more awareness will be done concerning autism because there is still lots of stigmatization out there with children with such,they need to be shown more love and care and government should establish more schools and other needs for them to be properly care for.

Please more awareness is needed concerning autism. showing of love and caring will go a long way in this issue

Children’s diagnosed with autism should be given access to quality healthcare as soon as they are discovered.

Continuous awareness should be done to discover and help in differentiating children who don’t know have autism and vice versa.

Early in the month of September, medical professionals in Lagos pointed the finger at a rise in autism diagnoses over the past ten years in Nigeria.

It should be suggested that parents seek the opinion of professionals in the event that they had concerns that their children might have autism.

There is a common misconception that people of black African descent do not suffer from autism. This belief stems from the fact that autism is infrequently diagnosed in Africans due to our tradition of communal living.

It’s possible that the prevalence is much higher than that because more parents are taking their kids to the emergency room.

Interaction with other people of a similar mindset is necessary for mindset development. For a child’s healthy growth and development, play is absolutely necessary.

Nigerians always over do things. We want to be like white abandoning out cultural practices. Now we have more cases Autism in Nigeria. Anyway, experts should proffer medical advice on the way forward to identify and control Autism in children.

Nigerians hardly cherish their culture. They prefer white men’s culture rather than their own. Now we are having increased number Autism in Nigeria. The necessary things should be done to curb the rise of Autism in our children.

We anticipate that each one of us will go farther in providing tangible evidence of our support for this unique population of people by cultivating an attitude of inclusiveness.

This is why these experts have recommended that parents pay attention to their kids and seek appropriate care for them.

Autism is not something most africans are aware of. Most parents whose kids suffer from autism don’t even know. They just tag it something else. So ignorance has a role to play. Government should give necessary attention to these victims. Parents should also play their part by paying attention to their kids

Parents need to be well educated about autism. Nigerian parent have little or no knowledge about autism. They don’t even know the symptoms.

The health workers should create more awareness about autism , they should also let parent know when to do when they find out that their child Is showing any of the symptoms

Parents need to pay extra care and attention to their children when they are still young, in order to notice if there’s anything abnormal when they are growing