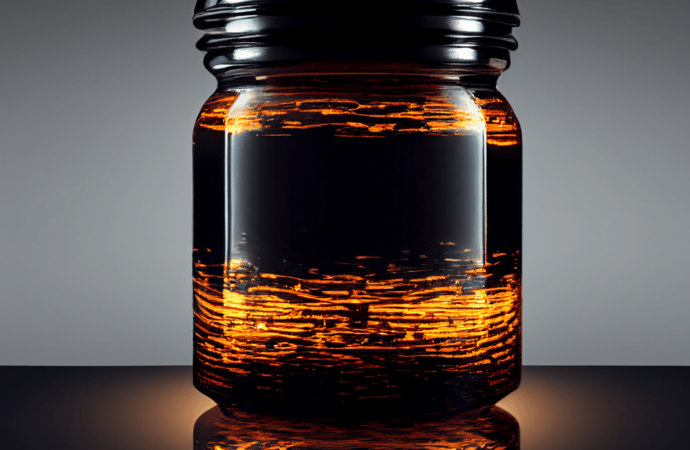 The agency has raised alarm over the emergence of the new psychoactive drug.

The National Drug Law Enforcement Agency (NDLEA) has raised the alarm over the rapid emergence of a dangerous new psychoactive substance (NPS) known as Akuskura. The drug is said to be made of herbs, which is laced with tobacco and cannabis. It is rapidly replacing controlled substances, which are dominant in the Northern and Southwestern parts of the country. According to the NDLEA chairman’s special assistant, Mahmud Isa Yola, the effect of the drug includes sudden, violent and irregular movement of the body as well as contraction of muscles.

Akuskura, which is also known as Kuskura or Kurkura, is derived from the Hausa word “Kuskura,” which can be used to mean gargling and rinsing interchangeably. The special assistant explained that it is of different varieties. It can be in both liquid and powder forms. It is used by people who mostly seek to “get high,” that is, to be intoxicated. The drug is largely distributed under the guise of herbs and retailed by local herbalists and Islamic chemists.

A bottle of codeine is sold between N7,000 and N25,000 and even more. Codeine is an opiate and an ingredient of morphine used to treat pain, coughing and diarrhea, but it is abused as an intoxicating drug by addicts. Being an inexpensive option, Akuskura offers substance abusers an easy alternative with just N100 or even less. The drug got the attention of the anti-narcotics agency after more than 7000 bottles of the illegal substances were intercepted along the Abuja-Kaduna highway.

The bottles were slated for distribution in Borno, Kano, Kaduna, Sokoto, Zamfara, Gombe and Nasarawa States. The agency has made several arrests and seizures across the country. The National Agency for Food and Drug Administration and Control (NAFDAC) recently announced a ban on the drug. Meanwhile, intelligence gathering and enforcement actions are ongoing by the NDLEA. The United Nations Office on Drugs and Crime (UNODC) describes NPS as substances of abuse that are not controlled by the 1961 Single Convention on Narcotic Drugs or the 1971 Convention on Psychoactive Substances but threatens public health.

Special assistant calls for intensive efforts against its spread and consumption.

The special assistant to NDLEA chairman, Mahmud Yola, has called for concerted efforts against the spread and consumption of Akuskura. He said that the social harms of NPS are often largely unexplored, and this makes prevention and counseling extremely difficult. While some believe that it gives them the energy to work efficiently without being subjected to physical fatigue, others insist that it cures malaria, typhoid, pile, and headaches, and it increases their performance in bed.

Yola quoted a wholesaler in Zaria city explaining that the substance is originally meant for treating headaches and catarrh but that it also serves as a poster remedy against jinns and evil spirits. Yola said, “he says Kuskura is also used as a sex enhancer among men. However, there is no scientific explanation for whether the substances are safe or can cure any form of sickness. This therefore drives home the fact that the substance has no established medicinal value. Despite its unsafe nature, Akuskura is patronized by thousands of people in Nigeria.”

The NDLEA still remains committed to their campaign against drug and substance abuse across the country. Few weeks ago, the agency destroyed 560 tons of cocaine and cannabis in what could be described as the largest in the 32-year-old history of the anti-narcotic agency. The chairman of the agency said that this is a strong message to drug barons and cartels that they will continue to lose their huge investments in the criminal trade if they fail to quit and look for other legitimate businesses.

I applaud the NDLEA in the job they are doing to eradicate drug abuse and addiction. It is distasteful people are still engaging in this criminal act. Every suspect found culpable in drug abuse, drug addiction and drug peddling should be prosecuted. They will serve as deterrent to others.

Kudos to the entire NDLEA team they are so proactive we want more of thesetofish out those dealingin grugs because it’s really affecting our youths,I fear for the future.

Good work by NDLEA. The way they are creating awareness about all this deadly drugs is good. Some People are just killing themselves in the name of highness. Nawa ooo

So far this year NDLEAB has been working relentlessly to curb the supply of illicit drugs. I hope they continue with the spirit of doing good and diligent work in order to make our society safe.

It’s sad.. people are still engaging in this criminal act. The NDLEA is doing well to eradicate drug abuse and addiction…let them keep the good work.

Herbs, nicotine, and cannabis are reportedly mixed in with the substance before it is sold to customers. It is quickly taking the place of narcotics that are restricted.

The effects of the substance include rapid, forceful, and irregular movement of the body as well as the contraction of the muscles.

The majority of the substance is sold to consumers by local herbalists and Islamic chemists, who are under the impression that they are selling herbs.

Following the seizure of almost 7000 bottles containing illegal substances along the Abuja-Kaduna expressway, the anti-narcotics agency began to focus their attention on the drug in question.

Codeine is an opiate and an element of morphine that is used to relieve pain, coughing, and diarrhoea. However, codeine is abused as a medication that can provide a feeling of intoxication by addicts.

NDLEA are really trying. That is a good job. Who will know that such drug called Akuskura could be deadly. What a combination of cannabis and tobacco. Please keep up your good jobs.

The special assistant to the director indicated that there are numerous variants of it. It’s possible to find it in either liquid or powder form.

It is encouraging news given that they only just announced a prohibition on the drug. In the meantime, the NDLEA is continuing both their intelligence collecting and their enforcement measures.

It is essential that we make efforts to build an economy that will allow us to provide for our own sustenance, provide employment opportunities for our growing number of young people, and raise the general standard of living of our population.

Local traditional healers and Islamic chemists that misrepresent their products as selling herbs sell the majority of the chemical to consumers.

I’m glad the NDLEA is creating awareness about deadly drugs Luke this, hopefully people stay away from it in order to avoid complications

The way drug is been circulating in Nigeria is seriously cause for serious alarm,but this current NDLEA are really trying in curbing it.

Given that they only recently placed a ban on the medicine, the news is positive. The NDLEA is still conducting both its intelligence gathering efforts and its enforcement actions in the meantime.

I appreciate the NDLEA for their effort in identifying and warning the public about the recently discovered deadly psychoactive drug called Kuskura. That is a nice job.

Kudos to the NDLEA for their relentless efforts against these guys. These drug cartels get wilder by the day. The campaign against drug abuse is a good one too. The awareness would go a long way.