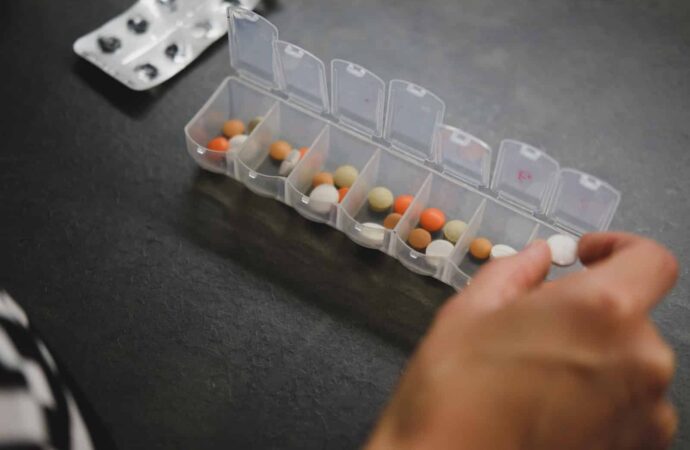 FG and WHO initiate walk to sensitize public on medication without harm.

Self-medication remains one of the biggest healthcare challenges in the world. In fact, reports place the global prevalence rate of self-medication within the range of 11 percent to 93 percent depending on the country. The prevalence of self-medication among Nigerians is at an all-time high. Despite the dangers that it poses to health status, the menace of taking drugs without the prescription of a doctor has been so trivialized and practiced openly. Even numerous health policies initiated by the government to curb this menace have not been adhered to. In understanding why Nigerians self-medicate, it is evident that the inaccessibility and inefficiency of the healthcare system have immensely pushed people to opt for over-the-counter medications.

The Federal Government has however warned the general public against taking drugs without a doctor’s prescription, on the sole basis that self-medication has proven to cause a greater threat to their health status. At the commemorative walk for the World Patient Safety Day 2022, Nigeria’s Minister of Health, Osagie Ehanire pointed out that self-medication was a bigger threat to the health system than ailment being treated itself. He then noted that there was a paramount need to sensitize the public, as well as the healthcare professionals, to ensure that the best healthcare practices are being carried out.

Walk, a measure to educate the public on self-medication hazards.

Represented by Adebimpe Adebiyi, the Director of Hospital Services, Federal Ministry of Health noted that the walk an important step towards the educating the general population of self-medication and the dangers that it poses. That having an headache and just grabbing a paracetamol from the pharmacy is not enough, noting that while there is an on-the-counter medication, there is still a great need for people to know about their underlying conditions.

This walk was initiated by the Federal Ministry of Health, in collaboration with the World Health Organization. The World Patient Safety Day celebrated yearly on September 17, emphasizes on medication without harm. This initiative which commenced in 2017 has been a platform for appealing to stakeholders to take swift decisions in important areas significantly associated with patient harm due to unsafe healthcare practices such as high-risk situations, transition of care, as well as recurring use of multiple medications.

Errors in medications make up half of all avoidable dangers in healthcare.

The World Health Organization, during a statement to commemorate the event, indicated that statistically, one of every twenty patients globally immensely suffer avoidable unsafe medication practices and medical harm. Tedros Ghentreyesus, WHO’s Director General also noted that errors in medication made up half of all avoidable dangers in healthcare. He stated that while drugs are important measures for health protection, it could pose greater risk to one’s health if used without a prescription or are of a substandard quality.

With patient safety being noticed globally, Stephen Emoh a community physician and patient safety consultant, also speaking at the event, noted that the federal government was already in the process of drafting a policy to aid patients’ safety throughout the country. He further stated that there was a need to sensitize Nigerians on the inherent threats that self-medication practices pose. He said that there was a need for patients to know the medications they consume and the pros and cons of these medications, appealing to the government to further empower patients’ families, so as aid asking the right questions about the medications being prescribed.

Over 50% of global deaths, a result of unsafe medication.

Another patient safety ambassador, Ehi Eden also noted that medication safety has become a critical concern globally in the healthcare scene due to the fact that it has grown increasingly as one of the leading causes of death. Per statistics, he stated that over 50 percent of deaths are as a result of unsafe medications, which according to him, have been underreported. He however called for a high level of advocacy and general awareness, suggesting that stakeholders must be possibly engaged so as to ensure medication safety.

Self medication is so prevalent in Nigeria and it is really harmful to citizenry,more sensitization needs to be done by the government for people to know that this practice is detriment to their health.

Lots of conditions makes people result to self medication in Nigeria and the biggest of it is poverty,unless something is done concerning the well being of the citizens nothing much can be achieve even with rigorous sensitization.

In Nigeria especially we take drugs without caution. In a saner clime, the drug has to be prescribed by a medical doctor before it can be used. Now in Nigeria, even pharmacists prescribe drugs. We should really be careful and ensure we take the right set of drugs for the right ailments and the right dose of drugs should be used.

We should be careful in taking drug we should get prescribe of drug from the doctor not from just anyone, poverty also cause all this, sensitize will also help people to knw about it

Self medication is very common this days, not only on medicine both on herbs and local ways.
A lot of things are causing it.
We don’t have enough healthcare for the masses. Government Hospitals are very expensive, a lot people can not even afford the money they charge them in general hospital. If u can not meet up with money they charge you, they won’t even pay attention you. So You don’t have any other choice than to look for another alternative which may result to self medication. Who won die?
Government think say people dey enjoy treating their self abi.
Poverty is the highest reason why people take self medication.
Government please and please do the needful Biko nobody likes self medication oo na condition oo cause am ooooo

Majority of that patronize over the counter medicine are the poor masses who look for cheaper drugs rather than consult the doctor who can prescribe expensive drugs that they can’t afford.
At time it could be as a result of ignorance. Awareness needs to be created to sensitized people about the dangers.

Self medication is very common this days is very rampant… we should really be careful and ensure we take the right set of drugs for the right ailments and the right dose of drugs should be used.

We all should avoid self medication with little or no knowledge about the drug. The menace of taking drugs without the prescription of a doctor is so risky.

Self-medication continues to be one of the most significant obstacles faced by healthcare systems around the world; more has to be done to raise awareness of the risks associated with engaging in this practise.

Despite the dangers that self-medication poses to health status, the menace of taking drugs without the prescription of a doctor has been so trivialized and practiced openly. It’s no doubt the prevalence of self-medication among Nigerians is at an all-time high. Almost every family has a drug rack with their parents being the self-acclaimed doctor who prescribes drug even when their diagnosis might be wrong.

It is up to the Federal Government in partnership with WHO to sensitize the public about the danger of self-medication. Something it is as a result of financial incapacitation. FG should seek for a way to subsidize medical treatment for the masses who can’t afford it.

Despite the Federal Government warning the general public against taking drugs without a doctor’s prescription, self-medication remains one of the biggest healthcare challenges in the world. Most victims of self medication are just lucky it didn’t go south. Cos we can be wrong attimes with our uninformed diagnosis. It might not be what it appears to be. So let’s endeavor to visit trained medical personnels.

One of the major problems in healthcare today is self-medication. According to estimates, the prevalence of self-medication varies by country and ranges from 11 percent to 93 percent globally.

The threat of using medications without a doctor’s prescription has been so widely accepted and trivialized, despite the risks it poses to health.

Sensitizing Nigerians to the dangers that self-medication activities entail is necessary. This is needed to reduce the rate of death that occurs as a result of self medication

a high level of advocacy and public awareness, indicating that stakeholders may need to be involved so that medication safety may be ensured.

It is of the utmost importance to raise awareness among members of the general public as well as those working in the medical field in order to guarantee that the most effective methods of medical care were being utilised.

a forum for calling on relevant parties to make quick choices in critical areas that are strongly related with patient harm as a result of improper healthcare practises, such as high-risk scenarios

It is obvious that the inaccessibility and inefficiencies of the healthcare system have greatly encouraged people to choose for pharmaceuticals that may be purchased over-the-counter instead.

The federal government should issue a warning to the general public against self-medication, as this poses a greater risk to people’s health than following the recommended course of treatment prescribed by a medical professional.

Despite the fact that medications play a vital role in preventing illness, using them illegally or if they are of poor quality might increase the risk to one’s health.