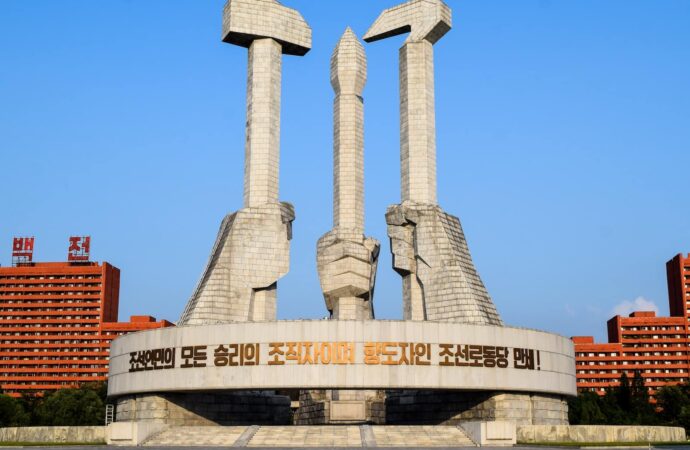 Diplomatic specialists say deal with the North Korean firm will be problematic.

A North Korean company, which was linked to the Korean People’s Army, was planning to sell about $3.5 million in military equipment to Nigeria in 2021. A United Nations (UN) report states that the transaction would have likely violated multiple international sanctions. The company, Haegeumgang Trading Corporation, which the Panel of Experts report labelled “a weapons trading entity,” planned to broker the millions of dollars arms deal between North Korea and Nigeria, an anonymous source told the Panel.

UN sanctions investigators have linked the company to the African continent in the past. In 2013, the Democratic People’s Republic of Korea (DPRK) firm was involved in the sale of man-portable air defense systems and surface-to-air missiles and radar to Mozambique. It also provided repairs and upgrades for surface-to-air missiles and air defense radar systems in Tanzania. The UN report does not provide detail about the most recent alleged transaction. Panel investigators also noted that the Nigerian government had not replied to their inquiries.

Deal is a major violation of UN, EU, & US sanctions.

The Nigerian Embassy in Seoul on September 19, 2022, told the press that it had not been informed about the transaction and is not aware of it. Foreign and defense ministries in Abuja also declined to comment on the story. Nigeria had also been linked to an “arms smuggling plot” by an earlier Panel of Export report that was published in March 2021. The report claimed that the weapons trading had been linked to the plot by a DPRK representative at the company (Hong Yong Su) and by another company within the European Union.

According to the report, Hong visited Nigeria in January 2020, but the Nigerian Immigration Service (NIS) were unable to provide evidence to the Panel that an individual with the name visited the country. It is also unclear whether Hong’s visit to Nigeria is linked to the $3.5 million potential sale plan in June 2021. Nonetheless, the United Nations, the European Union, and the United States sanctions regimes all forbid arms and military-related sales to North Korea including purchase of weapons from the DPRK.

Because of this, diplomatic and military specialists have told the press that any potential arms deal with North Korea (DPRK) would be seriously problematic for the country. The UK’s former ambassador to DPRK and former deputy head of the UK Foreign Office (Nigerian section), John Everald, said that it would be a significant sanctions breach. He said it was unclear whether the deal would have gone ahead even before it appeared on the Panel’s radar.

He added that many proposed deals with various actors (countries, foreign companies and independent agencies) are brokered by parts of the Nigerian government but dismissed as “out of hand” when it gets to the desk of senior leaders. Therefore, he said that it was unlikely that anyone in the Nigerian government with decision-making powers knew about the arms deal with North Korea, much less approved it. A defense researcher at RAND Corporation, Bruce Bennett, said that he was aware that Nigeria had interest in a weapons deal with the DPRK about twenty years ago, which was related to missiles and military radar. However, he said that Nigeria would most likely be interested in small arms deals in response to domestic concerns.

The arms deal is an inexpensive option to weapons from other countries.

Bennet said that Nigeria faces many internal military challenges. The country is still being ravaged by Boko Haram in the Northern regions of the country, farmer-herder clashes in the south as well as unknown gunmen menace in the Southeast. Bennett said that North Korea is likely to provide small arms for the Nigerian military at a less expensive cost than other countries could. He also noted that a $3.5 million arms deal is not a lot, but it could be the first of a planned ongoing series of contracts if Nigeria is happy with the delivery.

I don’t understand why the United Nations sanctions will affect the deals we can do with North Korea when it comes to arms and ammunition. I will implore our government to act sovereignly and not be overly careful with the UNO. This is because a lot of the bigger countries don’t even regard them.

Nigeria has a lot of problems at hand concerning security issue but buy and using of firearms or fighting equipment for the military personnel should be on the armpit of international guild line so that it wouldn’t create more problem to the country.

This is quite complicated because the diplomatic and military specialists have told the press that any potential arms deal with North Korea (DPRK) would be seriously problematic for the country. And also, the transaction would have likely violated multiple international sanctions since the UN forbids sales and purchase of arms to the DPRK.

Purchasing of the arms And ammunition from north Korea will not go well seems purchase it will breach a lot of guideline violating multiple international sanction. But our country will to purchase arms and ammunition in other to keep the security tight but they should do it in right not the one that will create problems

Our nation will need to purchase weapons and ammunition in order to maintain tight security, but they should do so in a way that avoids complication. Because it doesn’t look like buying weapons and ammo from North Korea will go well because doing so would violate numerous international laws and regulations.

Although we need these ammunitions to combat Boko Haram and the unknown gunmen disturbing the peace of the country but buying from such company that could complicate matter internationally should be avoided. Rather they should source from another legalized company.

Imagine buying weapon from North Korea is not advisable,they should rather purchase from reputable organization without problems.

The company is reputable due to the fact that it has successfully completed maintenance and improvement work on surface-to-air missiles and air defence radar systems in Tanzania.

It is very disappointing that the Immigration Service was unable to provide the Panel with evidence that an individual with the name visited the country.

It is to the United States’ credit that all of its sanctions regimes prohibit the sale of arms and other military-related items to North Korea, including the purchase of weapons from the DPRK.

It was highly unlikely that any member of the Nigerian government with the authority to make decisions was aware of the arms deal with North Korea, much less approved of it.

Due to the fact that Nigeria does not participate in wars, it is highly likely that the country would be interested in conducting business dealing with small arms.

Due to the current security issues that we have in Nigeria, it will be a good idea to purchase ammunitions in bulk, but purchasing it from the wrong source will not be good .

With the type of reputation that North Korea has I doubt the fact that the buying ammunition from them will be a good idea, we should avoid this

It should be imperative that the country steer clear of any potential arms deals with the North Korea becauseit can be deadly.

It will be a good idea to buy ammo in quantity due to the present security challenges we face in Nigeria, but buying it from the incorrect source will not be a smart idea.

Due to the high risk associated with doing business with North Korea, it is highly unlikely that anyone in a decision-making position in the Nigerian government was aware of or approved of the arms deal.

Since transacting with N-korea would have likely violated multiple international sanctions, I will implore our government to explore other options and transact with another country

Nigeria need to be careful since buying weapons from North Korea is not advisable, we should buy from good source.
We also need to try making this things ourselves instead of depending on other countries

It is not ideal for Nigeria to purchase weapons from north Korea since it can become problematic.

It is not always advisable to have any dealings with North Korean especially when it comes to purchasing weapons because it could become problematic later.