FG to shut down schools over repeated attacks 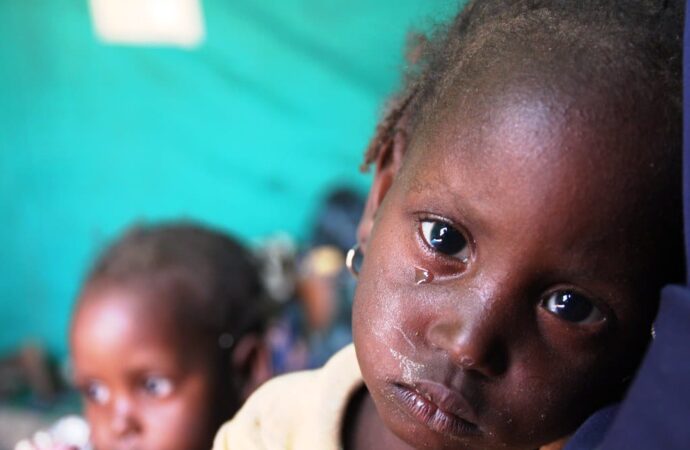 FG orders the abrupt shut down of schools in Abuja due to attacks.

Residents of the Federal Capital Territory, Abuja have witnessed repeated attacks by terrorists recently. In over two weeks, terrorists have launched an ambush on the presidential guards, as well as attacking Kuje Correctional Center, where over 200 prisoners were released. The latest attack saw terrorists engage the Nigerian troops in a shootout in Abuja’s border town. Reports indicates that these gunmen attacked the Zuma Rock checkpoint, where sporadic shootings were witnessed and two officers and six soldiers were killed.

Reports further indicate that these terrorists have announced an impending attack on the Nigerian Law School, Abuja Campus, demanding ransom on a Director-General, 15 lecturers and over 500 students. This level of insecurity that has ravaged the federal capital continues to overwhelm the residents and the security troops equally. In fact, the part of the Nigerian Senate have called for the impeachment of President Buhari, due to his tenure’s complacency at salvaging these numerous cases of insecurity.

Growing insecurity has led the FG to direct closure of schools in Abuja.

However, the growing cases of insecurity in Abuja have led the Federal Ministry of Education to direct an immediate closure of schools. Intelligence reports suggests that the bandits are planning further attacks on many states, concentrated especially in the Federal Capital Territory. There is an increasing fear for impending attacks by the bandits, further aggravated by the reports of impending attack on the Law school domiciled in Abuja. Thus, the growing insecurity and threat to lives and properties have shaped the Federal Government‘s decision to shut down all schools around the terrain.

It is not news that most schools in the northern part of the country have been intensely subjected to constant kidnappings and killings over the last 7 years. Hundreds of students have been abducted over these years, with some recorded dead and others, held for ransom. Though President Buhari has held a meeting with the security chiefs, it seem to have been shown in efficacy, as attacks are still being reported. Again, an unofficial source on social media indicated sporadic shooting in Federal Government College, Kwali, Abuja which prompted many parents to keep their children at home and ascertain their safety.

Residents have found this unprecedented security decline difficult to cope.

Though most private schools had not completed their examination practices, they have had to succumb to the abrupt directive to shut down the schools. One of the officials of the Private Schools Association in Abuja however asserted that the order to shut down schools immediately was from the local authorities in the Federal Capital Territory. He further noted that there were plans for the private schools to hold a one-day prize giving ceremony, given that adequate security measures were arranged.

In a city with numerous civil servants who prioritize private education for their children, the parents have found this situation very difficult to cope with. The residents have been feeling unsafe since the attack on Kuje Prison, followed by other attacks over the last few weeks. Though security agencies have improved their presence in strategic positions to defend the territory against further attacks, the residents have not overlooked the unprecedented security decline that has put the country under repeated threats.

Six-week ultimatum to salvage this problem or face impeachment.

However, reports suggests that this fear is also shared among numerous politicians. A member of the parliament reportedly advised his colleagues who were absent from the city against coming back, for fear of their safety, noting that President Buhari’s regime has immensely failed the country by their complacency over the rapid cases of insecurity that has ravaged the country. The senators of the opposition parties are also demanding that the federal government salvage this heart-rendering situation, have given the president a six-week ultimatum to find a solution to the growing security problems or face imminent impeachment.

FG to shut down schools over repeated attacks – FG orders the abrupt shut down of schools in Abuja due to attacks. – Express your point of view.

Temporarily, this is a good move; quite optimal. Buh they need to be proactive fr. The attacks are too reoccurring for us to be this dormant. It only gives these perpetuators more confidence.

The security situation in Nigeria is so bad that schools are advised to be shut down in Abuja,zamfara,I just can’t comprehend what the government are doing because these bokoharam are becoming so daring day by day.

They have no choice than to shut down schools. The non state actors which are the terrorists have really ravaged and caused havoc so much in Abuja. Alot of kidnapping, killings, degradation of law and order, sporadic shooting etc has now become a trend in Abuja, where security is supposed to be at its peak. The government shouldn’t hesitate to fight these terrorists, if not we won’t hesitate to remove them from office in the next election.

The safety of the students comes first seeing how these unknown gunmen are launching abrupt attacks on schools and operating freely so shutting down school is justifiable. At this rate, the security of this country needs exigent amelioration.

See what the government have turn the country into. Very shameful, heart breaking that the school is no longer save. What a pity

Considering how much more our Federal Capital Territory has been ravaged, I’m still unsure if we actually have an active government in place. Until the government goes all-out to put them down and address the situation so that peace can once again reign in this country, these terrorists will keep terrorizing us and disrupting the peace in the nation.

Shutting down schools is still the best option for now. Because studying when there’s tension is equivalent to leaning nothing but that does not stop the government from working on the defense issue

Buhari’s regime is filled with fear and mourning, over 100 lives have been lost due to insecurity and unknown men attacks, and it’s disheartening that we have security and military personnels that are not even helping

The fact that we have to be watching our backs at all time is very sad. People are no longer living in peace,they are always scared of getting attacked and all our so called government can do is too shut dine school! This is sad

Making this type of decision is not the next type, the government are meant to work on how to arrest this prisoners so that the state can be safe.how sure are they that this people won’t be attacked at home too?

All we get to hear everyday is that the president is having meetings that might help but on the long run the defense system is experiencing no difference. We just have to continue praying for out safety every now and then

How can repeated attacks be heard of in a country with law, government and security? This system is a failed one and I am gradually losing hope in this country

At this point I feel everyman should fight for him self .even if schools are being shut down,there are still other places that can be attacked. So I’d advise not to be reliant on promises of government and make sure to be alert at all times

The country’s defense system is a total mess. The federal capital territory is being attacked repeatedly and nothing has been done. I’m still wondering why we have military personnel.

The level of insecurity in the nation is horrendous, and it is regrettable that the government isn’t doing more to address the issue.

I feel like crying for this country. How can we be in a country and not feel save in any part of the country. Now the government is thinking of shutting down schools because of insecurity. Can you imagine and we have a sitting but inactive president. Why won’t he be impeached.Very soon this terrorist will kidnap our president and takeover the country. We have military personnel who are helpless because of terrorist spy that has infiltrated the military camp. We need our President Bubu to be up and doing.

Insecurity in Nigeria is on the high side that schools are advised to be shut down in Abuja… So bad!
We need to improve our security of the country.

I laughed, this could be prevent if we have competent president. It will be better if President our is impeached and he hands over to a more competent and reliable person. He has said that he can wait to leave the office it shows that our president has run out of ideas. If the the needful has be done it won’t lead to government shutdown our school due to insecurity in federal capital territory because of attacks by terrorist.

The level of insecurity in Nigeria is very alarming and Nigeria is already in a sorry state because education is the major prerequisite for development in any society but with the way insecurity has grown since 7years ago,it has really affect education system and state of emergency should be declare on Education throughout the country.

People’s life is important. in a situation, closure of the schools might be a better approach.

The government has failed to protect the lives of its citizen, then every individual should also bear responsibilities

Insecurity level in Nigeria is gone beyond the maintenance stage. A military operations must be carried out against terrorists of all kinds in the country. Federal government has failed the citizens in every avenue of safety. School closures affected everything regarding the students and also the parents along with the community around the schools. This results in students staying longer than expected in school to complete their curriculum. Also, the fear factor of parents/guardians to sending their children to school is overwhelming and heartaches. The time limit giving to president Buhari is reasonable and must be adhered to.