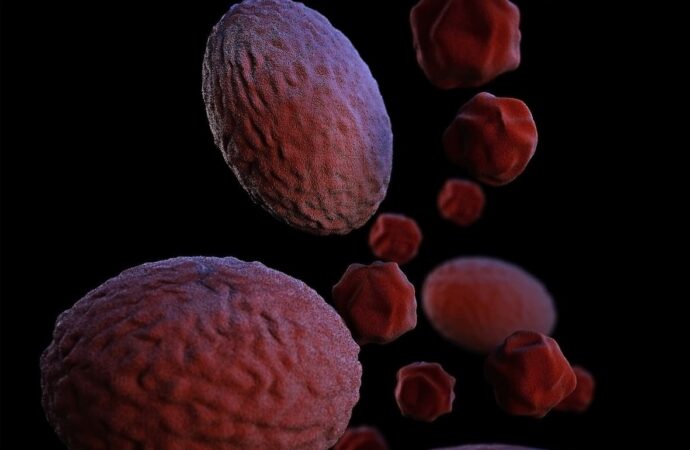 Lack of awareness of the disease causes facial disfigurements or death.

Noma disease, also known as necrotizing ulcerative stomatitis, gangrenous stomatitis, or cancrum oris, is a fast growing and fatal infection of the mouth and face. It brings about severe tissue destruction in the face and is inclined with high morbidity and mortality. Oftentimes, the disease affects children (between the ages of two and six years old) who live in remote areas of fairly developed countries, most especially in Africa. The major causes of the disease are poor sanitation and malnutrition.

However, there are other predisposing factors, they include vitamin deficiency (most especially deficiencies of Vitamin A and Vitamin B), poor hygiene (oral hygiene especially), contaminated drinking water, living in proximity to livestock, immunodeficiency, and recent illness such as malaria, measles, diarrhea, and acute necrotizing gingivitis. Although the growth of the disease can be stopped with the use of antibiotics and improved nutrition, its physical effects remain permanent and might be repairable through oral and maxillofacial surgery or reconstructive plastic surgery.

The Chief Medical Director at the Sokoto Noma Children’s Hospital, northwest, Nigeria, Dr. Shafiu Isah, has dedicated himself to the service of treating children suffering from Noma disease. According to him, many children die at home without any hospital intervention, due to poverty and lack of awareness. Also, without treatment, given that most children infected with the disease live in rural areas, about 90 percent of infected children die. This emphasizes the need for awareness concerning the disease.

The World Health Organization (WHO), according to a 1998 global estimation, recorded 140,000 new cases, and up till date, it is the most widely cited source on Noma. Most cases of the Noma disease are found in sub-Saharan Africa in children. Noma patients who survive the disease would suffer bad facial disfigurements that make it difficult to eat, speak, see or breathe, without immediate treatment. These disfigurements, in turn, most times breed stigmatization in the community and some accompanying human rights violations.

Early admission reduces the risk of death and surgical intervention.

The Chairman of the Medical Advisory Committee at Sokoto Noma Children’s Hospital, Dr. Abubakar Abdullahi Bello, stated that there have been cases whereby a patient visits the hospital and either the whole of the lower jaw is already gone or the entire nostril pathway is gone. Amidst his statement, he included that early cases presented to the hospital survive such severe issues. Early admission of Noma patients reduces the duration of their stay in the hospital and the tendency of requiring a surgical intervention.

The prevention of the disease can be achieved through basic public health interventions such as improved nutrition, improved access to routine vaccinations, and oral hygiene. Nevertheless, Nigeria, as a commitment towards eliminating the rapidly progressing disease, seeks ways to improve its awareness. The country has also, since 2016, been among 10 priority countries to be a part of the World Health Organization’s (WHO) African Regional Noma Control Program. In addition, the country aid the development of the and the implementation of the program’s national action plan for Noma prevention and control together with WHO and other partners.

WHO launched a platform for health emergencies.

The Nigerian Ministry of Health, asides it integration of Noma into its existing surveillance system, also gets funding from Doctors without Boarders, to assist in scaling up the training of primary care workers. In addition, on the July 28th, 2022, WHO launched the first WHO platform to accommodate unlimited users in case of health emergencies; it is a free and interactive Noma course, launched through OpenWHO. The course serves as a self-learning tool for health workers to improve their ability to prevent, identify, refer, and treat Noma while putting public health and human rights aspects in check.

Noma disease in Nigeria needs intervention – Lack of awareness of the disease causes facial disfigurements or death. – Express your point of view.

Thanks for information just hearing this for this for the first time now disease ke,affecting facial structure among children our government needs to create more awareness to increase nutrition and sanitation.

Awareness is the first thing to be done in other to prevent it disease from spreading if people known about the disease they will be able to prevent from getting contact with the disease. Fast solution should be create to cure this disease so it will not contact plenty people that will now be leading to many death by provide adequate tool to fight this disease

The people need to be enlightened about the advent of this aforementioned disease. It is unfortunate alot of Nigerians don’t take good care of their health. We need to be aware of our body system and its changes before it’s too late. I hope a remedy or cure can easily be found to this Noma disease. It disfiguring the face also affect ones mental and psychological state of mind and not just ones health.
It should quickly be detected early in children before it becomes worse.

We need to be careful and also go for proper check up regularly. people need to be enlighten more about the Noma disease. God will us through

This disease is common mostly in the north where sanitation, hygiene and nutrition are not of paramount. We all should be endeavor to take care of our children and make sure they are nutritionally imbibe and safe hygienically to avoid the disease.

People needs to be aware that there is still a way around this disfigurement disease if care is been taking antecedently and not loose hope or keep it to themselves as the prevention of the disease can be achieved through basic public health interventions like proper hygiene, improved nutrition, among others.

There are a while lot of diseases killing people out there because of ignorance. Our health sector are not doing well when it comes to awareness .they really need to start enlightening us.

I don’t think I have heard of this noma disease before and there are 140,000 cases already. Our health sector is need to create awareness about this disease, so people will be aware and know how to prevent it.

Basic measures taken to enhance nutrition and access to routine vaccines, as well as oral cleanliness, can go a long way toward preventing the spread of this disease, which can be prevented by taking these steps.

This is the right time for the health workers to step up, they should start looking for possible means, vaccines and drugs that’s can help cure or prevent this disease from spreading .

The NGO’s and philanthropist should not relent on their effort the northerners really need help, poverty is the main reason why this people are unable to take care of themselves and end of falling victim of unknown diseases

Due to poverty and ignorance, many children pass away at home without receiving medical attention. Additionally, a lot of infected children die without treatment due to the fact that the majority of affected children reside in rural areas. This highlights the need of raising disease awareness.

This is probably why most of the northerners suffer from deformation. Thus people really need to be enlightened about the fact that bad hygiene is one of the major cause of the disease that they have and how to treat themselves when they have symptoms

There are alit of diseases taking over our country without our knowledge I’m sure less than 10% of our population are aware of this disease. Our health sector should endeavor to create awareness about trivial things like this

The WHO has made a brave move by introducing a noma course that serves as a self-learning tool for healthcare professionals to enhance their capacity to prevent, identify, refer, and treat Noma while keeping public health and human rights considerations in check.

I have not even heard of this disease before and it already has 140,000 cases, that’s shocking! Health workers need to create awareness about this diseases

Ignorance kills faster than diseases people need to be educated about this new disease so they can know how to prevent it from spreading.

This is where we really need the health sector… The need to man up to task… Awareness should be created about the disease and preventive measures should be taken to prevent the disease….

Awareness on Noma disease should be intensify and it should be taking to the slums and rural aread where they most likely to be infected with such disease.
Thank to WHO with Nigeria ministry of health who are making effort to get doctor without boarders funded to train others. That is a good one.

Noma disease can be handle if our health sector can create more awareness in rural areas and areas with more population of the less privileged. WHO and partner with the the Nigerian ministry of health have do well to fund doctor without boarders who will train others to treat those infected with the disease.

The awareness concerning the disease written in the article Is very good because millions of people has not hear about the people and treatment or vaccine of the disease should be provide free of charge so that it will encourage the citizens.

The disease is what is ravaging the health sectors nowadays, with different kinds of it every day.

Noma disease is seriously a bad disease that leaves the person deformed even when the disease is cured. Face disfigurement can be a stigma for the person who suffered from Noma disease. Our healthcare system in Nigeria is overwhelmed with inadequate testing and lack of technology to help patients. The federal government of Nigeria should pledge funding for the health sectors. We need to educate the citizens through advance information technology and teach safer ways to self hygiene.