Changes in Nigeria since joining OGP 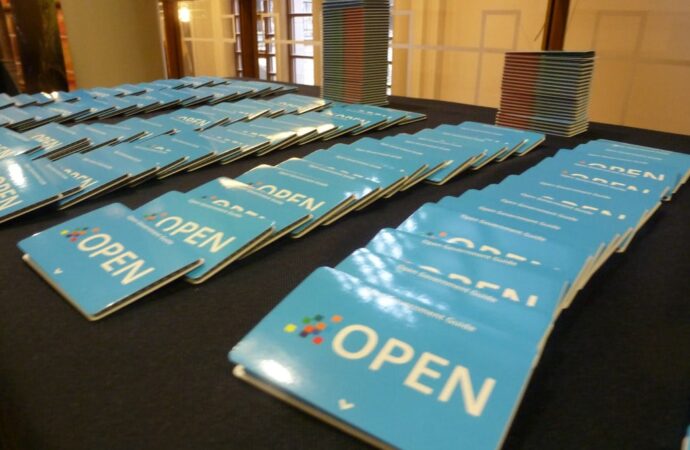 Since joining the Open Government Partnership (OGP) initiative in 2016, Nigeria has made great strides in improving government transparency and accountability. The initiative, which brings together countries from around the world committed to open government, has helped Nigeria to implement reforms that have made it easier for citizens to access information and hold their government to account. Prince Clem Agba, Nigeria’s Minister of State for Finance, Budget and National Planning, highlighted the progress the country has made since joining the OGP, stating that participation in the initiative has been instrumental in helping Nigeria. He added that the country’s continued participation in the OGP will help to further consolidate these gains and ensure that the Nigerian government remains committed.

The initiative was created in order to encourage government transparency and accountability around the world. The initiative has been successful in getting many countries on board, with 23 out of 36 states in Nigeria joining. This is a positive step forward for the country, as it shows a commitment to making the government more open and accessible to its citizens. The addition of Abuja Municipal Area Council (AMAC) to the initiative is also a positive development, as it shows a willingness to work towards greater transparency at all levels of government.

Changes have had a positive impact on the overall results.

This briefing follows the visit of the Chief Executive Officer and members of the OGP to the country from Monday, July 25 to Friday, July 29, 2020. The purpose of the visit was to assess the country’s progress in implementing the Open Government Partnership (OGP) Action Plan. The delegation met with a wide range of government officials, civil society representatives, and members of the private sector. The delegation was impressed by the progress the country has made in implementing its OGP Action Plan. In particular, the delegation noted the establishment of the Open Government Unit, the adoption of the Right to Information Act, and the launch of the Open Data Portal. The delegation also commended the government for its commitment to engaging with civil society.

Results in Nigeria have been largely positive due to the combined efforts of civil society organizations and the OGP National Secretariat. The OGP National Secretariat has been working hard to spread the word about the benefits of the OGP to all corners of the country, and this has had a positive impact on the overall results. I hope that all 36 states will become part of the OGP in the near future so that we can continue to see these positive results.

Commitment is to develop and implement a national anti-corruption strategy.

Nigeria has continued to champion ambitious reforms aimed at eradicating corruption and entrenching transparency and accountability across the public sector. These reforms reflect the government’s cardinal focus of improving governance for the benefit of all Nigerians. In particular, the Nigerian government has worked to establish a national action plan that contains a range of commitments to obtain their goals to promote transparency, accountability, and citizen engagement. For instance, one key commitment is to develop and implement a national anti-corruption strategy, which will include measures to strengthen asset declaration requirements for public officials, improve the transparency of public procurement processes, and increase access to information about the use of public resources.

In order to ensure that the Open Government Partnership (OGP) activities are properly funded, we have introduced a line item in the annual budget. An Executive Order has also been prepared, and is ready to be transmitted to the President for approval. It is a voluntary partnership between governments and civil society organizations, and currently has over 70 member countries. The United States has been a member of the OGP since its inception in 2011, and has been a strong supporter of its goals and objectives.

The initiative was launched in 2011 with an initial 8 member countries.

The Open Government Partnership (OGP) is a multilateral initiative that aims to secure concrete commitments from governments to promote transparency, empower citizens, fight corruption, and harness new technologies to strengthen governance. Since the initiative was launched in 2011 with an initial 8 member countries. As of October 2019, there were 73 member countries. The OGP has three main pillars: Transparency: Making information about government activities more readily available to citizens so they can hold their government accountable. Participation: Empowering citizens to participate in government decision-making processes, and accountability: Improving government accountability by increasing transparency and citizen participation.

This is just every shade of irony. How have we been able to hold the government to account. A country where we continually get lied to our faces, do ridiculous things regardless of who cares to know. These guys don’t care. I mean see the lekki toll gate incident. What has happened till date? Even when the world knew what happened

OGP initiative what’s has been open in this government initiative they no I’m yet to see the benefits,our government are just so hard to understand in anything they seem to belong to they find it so hard to be accountable.

OPG initiative is a good step that will improve a country, but since our country join OPG I don’t see it benefit, one of the benefit is to have informaton about government activities but accurate information is not provide for the citizen, secondly, OPG allow citizen to participate in decision making but whenever the citizen talk they ignore it people are suffering and they are talking did they do anything about. We just join OPG we are not enjoying it benefit

If only our government could ensure openness, accountability, and public engagement in order to properly follow the OGP’s tenets and goal, corruption wouldn’t have ravaged Nigeria in such a way. I simply hope they make the necessary corrections for the benefit of the populace.

This is a fantastic initiative. It is aimed towards ensuring transparency, accountability and Responsible Government. The Open Government partnership initiative has enabled the government to work along with some non governmental institutions like civil societies and other associations. It has helped to make the government visible and accessible to the people.

Very good one, but for me i have not seen any benefit or true outcome from the our Government as Nigeria claim to be among since 2016

I’m hoping that in the near future, all 36 states will become a part of the OGP, allowing us to keep seeing these encouraging developments in Nigeria. However, there is still work to be done, including creating and putting into action a national anti-corruption plan that will include steps to make it more difficult for public officials to hide their assets, as some of them continue to engage in corruption today.

This is an impressive initiative.i hope the government will work with the OPG aims and objective, we will only get a positive result if they do.

I am eagerly anticipating the time when the remaining 36 states will join the OGP in the nearest future so that we can continue observing these encouraging outcomes.

If our administration had been able to assure openness, accountability, and public involvement in order to correctly implement the ideals and objective of the OGP, then corruption wouldn’t have destroyed Nigeria to the extent that it has.

Working with them will help the government increase its transparency because the Open Government Partnership (OGP) is a multilateral initiative that seeks to secure firm commitments from governments to advance transparency, empower citizens, combat corruption, and use new technologies to strengthen governance.

With the help of this project, citizens will have easier access to information about government actions and will be better able to keep their government responsible. We definitely need this in this country because corruption has taken over and is already the norm here.

If our government is able to effectively work toward the OGP aim, it will help to empower citizens to engage in governmental decision-making processes and improve government accountability by fostering greater transparency and citizen involvement

one key commitment is to develop and implement a national anti-corruption strategy, which will include measures to strengthen asset declaration requirements for public officials, improve the transparency of public procurement processes, and increase access to information about the use of public resources.

I haven’t seen any changes in the way our system operates since they joined the OGP. The corruption that this initiative is meant to reduce is increasing everyday. I will be happy to know that our country is actually carrying out the aims of OGP

Nigeria has come a long way in terms of increasing the openness and accountability of its administration. As a result of this global effort, which brings together countries dedicated to transparent government, the people of Nigeria are now better equipped to hold their government accountable for its actions.

Citizens will be able to hold their government more accountable by having easier access to information about government acts thanks to this initiative. Corruption has taken over and become the standard in this country, therefore we absolutely need this.

Nigeria is worst of all that was listed above. It will only take God intervention to rescue Nigeria from the challenges confronting her. Corruption has become a legal tender. No where is safe in any part of the country again. What is called transparency in our government is completely absent in the system. It is well o

The open government partnership is good step in improving a country this would also make citizens be able to hold the government accountable for thing they have done. But so far I haven’t seen anything like that since 2016

The initiative is a very good one,it really makes government at all level to seat tight and do there work diligently and it will also reduce corruption at all level of governance.

The Open Government Partnership is a good move and it will really change a lot, but Nigeria is governed by corrupt fellows and there hasn’t been any change in the past years.

If truly they can monitor and country’s governing activities, then that would be a go.

Open government partnership OGP is a very resourceful practice done among the countries that have a government willing to be transparent and noble. Nigeria today is not OGP ready. We haven’t seen the system working since we joined in 2016. This government would be in prison if they truly practice OGP. Buhari government is the worse of all time in the history of Nigeria. We need answers to every issue in this country.