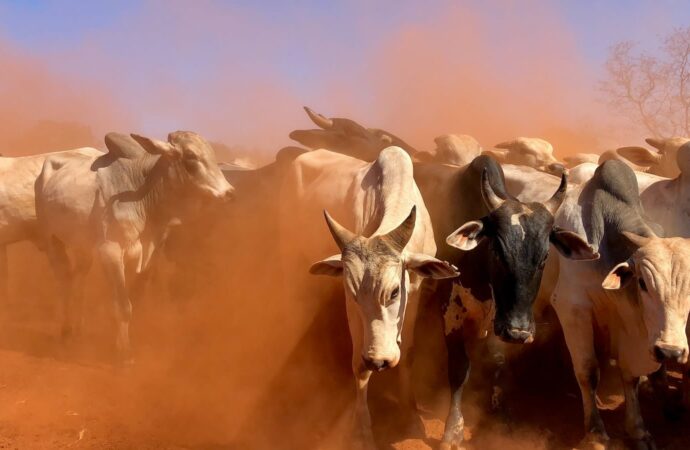 The Federal Government has indicated the need to revisit and remodel the ranching program to address the recurrent farmer-herder clashes across the country. The Secretary to the Government of the Federation (SGF), Mr. Boss Mustapha, revealed this in a memo, which was signed by a director in the SGF office, Mr. David Attah. The memo was titled “Heightened Misunderstanding between Farmers and Herders in Abia, Delta and Kwara States” and was addressed to the Minister of Agriculture and Rural Development and the Minister of Information.

The SGF said that the recurring invasion of farmlands by migrant herders with accompanying hostilities across affected agricultural settlements had continued to pose a threat to food security in the country. He added that the situation had affected the peaceful co-existence of farmers and herders in the affected communities. “The aforementioned development underscores the need to revisit and remodel the ranching program. And to partly facilitate the campaign against inflammatory and divisive statements that are capable of escalating the subsisting crisis between farmers and herders,” the SGF added.

The SGF said there is a looming confrontation in some communities.

The secretary urged the ministers to take necessary actions on the issue to ensure that farmers and herders co-exist peacefully across the country. According to him, there is a looming confrontation between itinerant herders and farmers in Opiene Community, Arochukwu Local Government Area (LGA) of Abia over the alleged invasion by the herders on farmlands in adjourning Obiene forest. According to him, about 15 nomads arrived the agrarian settlement from neighboring Itu Village in Gdukpani LGA of Cross River.

He said that the President-General of the community, Kalu Irem, had drawn the attention of the government to the matter and urged the appropriate officials to intervene to avoid confrontation. The SGF continued, “Similarly, uneasy calm has pervaded Ogwashi-Uku and Ubulu-Unor Communities in Aniocha LGA of Delta State due to the increasing presence of strange pastoralists in the area. The anxiety followed the refusal of some residents to serve as guarantors to the intruding herders, who have already encroached on some farms at Chibata and Aboh-Ogwashi Villages in the same LGA.”

FG had introduced the National Livestock Transformation program in 2021.

“Relatedly,” said the SGF, “in Kwara, some nomads operating around Marafa axis of Ilorin-East LGA were reportedly ready to confront members of their host community. The planned confrontation was as a result of the recent attack on two of their kinsmen in the area. Meanwhile, the victims, Sadik Isah and Abubakar Bindo were said to be receiving treatment at the University of Ilorin Teaching Hospital.” It is recalled that the federal government had introduced the National Livestock Transformation Program as a solution to the farmer-herder clashes.

In December 2021, the government released N1 billion to Kaduna, Plateau, Nassarawa and Adamawa States for the commencement of the remodeled livestock program. A total of 22 out of the 36 states of the country had indicated interest in the program in October 2021. An initial attempt by the federal government in 2018 to establish 94 ranches in 10 states prone to herder-farmer clashes was stalled because stakeholders had misunderstood the program. The National Economic Council (NEC) of which Vice President Yemi Osinbajo chaired at the time, had approved a 10-year National Livestock Plan which would cost about N179 billion.

The Rural Grazing Area (RUGA) plan was introduced by the Federal Government of Nigeria in 2019. The Ruga policy (Which literally means “human settlement policy”) is a Nigerian policy aimed at resolving the conflict between nomadic Fulani herdsmen and farmers in agrarian communities. The policy was suspended after much outcry from Nigerians. It was aimed at creating reserved communities where herders would live, grow and tend to their cattle, produce milk, and undertake other activities associated with their cattle business without having to move around in search of grazing land for their cattle.

It is not just about remodeling the ranching program or plan. Those who have caused any iota of discomfort to farmers as a result of herding must also be brought to book. I hope this remodeled plan will help solve this conundrum between the farmers and the herdsmen.

Can the herders in Nigeria accept ranching because they are so archaic in their belief of moving from one place to another to feed their cows so kepping them in a place is like a big problem to them,if not ranching is the best practise to use.

The herders are use in moving from one place to another to get their cow feed keeping them in one place will be a little discomfort for them but ranching is the best things to use so they can just stay in one place and feed their cows without infiltrating other people farm and causing problems. I think is better the government use ranching program

The government has to review and revamp the ranching programme in order to handle the ongoing conflicts between farmers and herders that occur all throughout the country. This will help the situation.

The herders should stop moving cow to people farm. Other civilised countries don’t move their cow to people’s farm. They should accept ranching

This herders and farmers are one of the most important set of people in this country because they are repo solve for producing what we eat and as we all know food is important, so the government should do their best and resolve the rift

These herders have always been causing problem for the farmers, there are definitely other places where their cows can feed on, government should just work on settling their clashes so one won’t affect another’s business

This herders and farmers are one of the most important set of people in this country. I hope this remodeled plan will help solve the rift between the farmers and the herdsmen.

To address the persistent disputes between farmers and herders that persist throughout the nation, the government must examine and overhaul the ranching program.

Yes, this is a good move from the federal government because remodeling the ranching program will reduce death from the hands of the Fulani herdsmen.

The persistent invasion of farmlands by migrant herders, together with the hostilities that accompany them across affected agricultural settlements, has continued to represent a threat to food security in the country, which is why it is encouraging that the government intends to redesign it.

Herdsmen fighting each other had disrupted the traditionally peaceful coexistence of farmers and herders in the communities that were affected.

Following the rejection of several local inhabitants to act as guarantors to the intruding herders—who had already encroached on certain farms—anxiety began to set in among the populace.

This remodelling will make it easier to run a campaign against utterances that are inflammatory and divisive, which have the potential to escalate the conflict that is currently ongoing between farmers and herders.

Farmers and herders need to be able to live peacefully beside one another across the country, and the ministers in this country need to take the necessary steps to make that possible.

The renovation of these ranches will assist in the establishment of reserved villages within which herders will reside, raise and care for their cattle, milk their cows, and participate in other activities related to their cattle business.

This remodeling is really needed. Farmers and herders would be able to live peacefully. There’d be designated villages for their cattles.