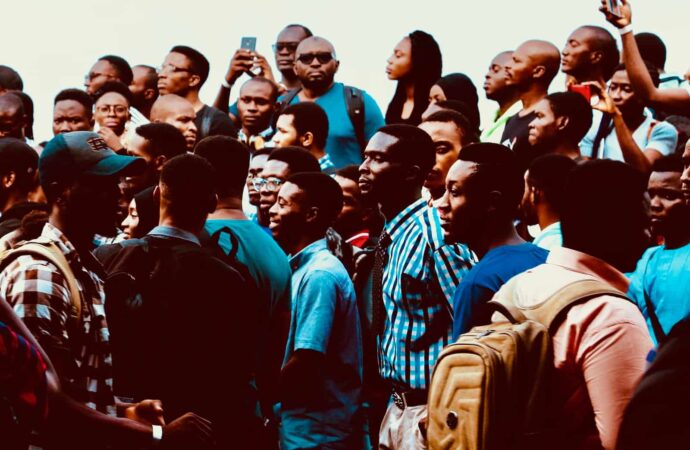 The National Population Commission (NPC) has advised the Federal Government that it will need to recruit one million Nigerians to participate in the 2023 National Census. This census is important in order to gain an accurate count of the population and collect vital information about the residents of Nigeria. The NPC has stated that the census is necessary in order to determine the number of seats each state will have in the House of Representatives, as well as to distribute federal resources more evenly.

Since 2006 there has been no other census, the National Population Commission (NPC) has been working towards making the upcoming 2023 census the most accurate and comprehensive yet. This is due in part to the advances in technology and data collection methods that have been made in recent years. The NPC is also working to improve the quality of the data collected in the census by making sure that all residents of the country are accurately counted. The 2023 census will be the first census in which all residents of the country will be required to provide their biometric information. This includes fingerprints, iris scans, and photos. This will help to ensure that everyone is accurately counted and that the data collected is of the highest quality. The NPC is also working to improve the accuracy of reporting.

Fingerprinting is a method of biometrics that involves taking an impression of the ridges and valleys on a person’s fingers. The term can also refer to the act of taking such an impression, as well as the resultant image or template. Fingerprinting is one of the oldest and most well-known forms of biometrics, and has been used for centuries in a variety of applications, from criminal investigation to authentication. Fingerprints are made up of a series of ridges and valleys, which are the result of the patterns of epidermal ridges that form on the outer layer of the skin. These patterns are unique to each individual, and can be used to identify individuals with a high degree of accuracy.

Iris scanning is an identification technology that uses pattern-recognition techniques on images of one or both of the irises of an individual’s eyes, whose complex patterns are unique, stable over time, and can be seen from some distance. Because of this, iris scanning can be used for identification purposes, much like fingerprinting. Iris scanning can be used for security, time and attendance tracking, and access control. In the security context, it can be used for identity verification, much like a passport or driver’s license. Time and attendance tracking applications can use this to verify an individual’s identity and track when they arrive and leave a building.

Bureau is working to put an automated system in place.

The Census Bureau of Nigeria is anticipating the need to hire approximately one million temporary workers for the 2023 Census. To manage this workforce manually would cause huge documentation and logistical challenges. The use of an automated system would help to overcome these challenges and allow for a more efficient and effective management of the workforce. This system would streamline the process of managing such a large workforce by automating many of the tasks associated with hiring and managing employees.

An automated system for managing temporary workers would help to improve the efficiency of the Census Bureau. This would include tasks such as tracking employee hours, managing payroll, and tracking employee performance. In addition, an automated system would allow for a more efficient communication between the Census Bureau and the temporary workers. It would also help to ensure that the workers are aware of their responsibilities and are able to effectively perform their duties.

Conducting this census will improve so many things in many ways, like our security and health sector will be much improved when we have accurate data of people.

A census is necessary so that we can determine the overall population of the nation. With the technology being used, it should be possible to complete the census quickly and easily, indicating that our country is moving forward.

The census programme is much behind schedule, and Nigeria lacks accurate data for its citizens to use inappropriate planning, and this is having a significant impact on the country’s ability to provide socioemotional utilities and proper development.

After what seems like an eternity, at long last there will be a census taken. That is very encouraging to hear. More detailed collections of people’s identifier information will become possible as technology continues to progress.

This will be good for us in so many ways, it will provide employment and income opportunity to 1 million people and this will really benefit them.

It is impossible to know how many seats each state will have in the House of Representatives without conducting the census.

This will be very good for us in the country; it will help the government to quickly and adequately allocate resources to the citizens

The census will be conducted accurately thanks to the era’s technological advancements, and the NPC’s suggestion to keep people’s information stored in a database is a great one.

This is a very innovative idea that will see all that are accurate and authentic. Government should do more of this to get every citizen database as this will even serve as a security measure in this country.

This is a good idea.
I will advise the Federal Government tackle insecurity, check out borders and alleviate our worries before carrying on with the Census.

Using fingerprint , iris scan and photos is good method.This new method will help to ensure that everyone is accurately counted and that the data collected is of the highest quality.

The census is not a bad idea. At this rate it will not be difficult for authorities to arrest criminals because they will have access to almost everyone’s informations.

This census is necessary and should be conducted at least once in a decade. It will help to keep accurate record of everyone in the country.

The census that takes place in 2023 will be the first time that all people living in the country will be compelled to furnish their biometric information, which is a step in the right direction.

It is crucial to conduct this census so that an exact count of the population can be obtained and so that critical information may be collected about the people who live in Nigeria.

smile, I keep on telling government to do the needful, all this their vendalization is story. Biko

in a good country census is been conduct or organised every ten years. But here is a different story,. Our popuwlation in Nigeria is bases on assumption. We keep on deceiving ourselvies. Why will government talk or think of census in same year with election year. I tired for them

Census is important so we will be able to know the total number of people in the country and with this kind of technology they are trying to use it will make the work easier and fast it seems we are now progressing in this country. If people are employ to perform this census it will provide financial assistance for them since they will be pay for the work done

I believe there is a strong agenda behind this census that the government are planning to conduct at this time, though it will allow the details collection of every single Nigerian and we will be able to the accurate database of everybody. Now here is the problem, the influx of neighboring Fulanis into the country, the level of banditry and genocide/ethnic cleansing committed can greatly alter the accuracy of this census. With this high rate of insecurity which of the NPC officers among the 1 million that be recruited will be willing to go to volatile areas. Let the Federal government tackle insecurity, check out borders and alleviate our worries before proceeding with the Census.

We really need to do a census, most of our figures are based on predictions since the last head count.

This will help in planning a lot of our activities.

Also, we should devise some advanced methods and not just the old ways of numbering.

This has to be done quickly and hurriedly. Census has to be taken. We need to know the exact it estimated number of people that are living in Nigeria. It will help us to know the ration of the revenue that will be accosted and allocated to the different parts of the country.

This seem like a carefully organized plan by the NPC. However, speaking of accuracy, that might be somewhat unrealistic. Are those abroad going to be asked to be available in the country? There are certain locations were people live which is far from where human activities goes on; might not be captured on the map as well. I wish them success though

After a long while finally census will be taken. That is a great news. With the advance in technology well will more details collections of individual’s identify. I strongly hope that government will find a way to merger all other biometric done for one purpose or the other like BVN,NIN, sim registration etc into one.

The only be census I have ever trusted was done in the 90’s till date I don’t believe the figures being given out as the total population of Nigerians I believe we are much more that that,so I implore government to put everything in place for this census to be success

Census done in the past in Nigeria were jokes. We are not a nation of over 216 million people as the government said. Nigerian govt has never gotten a true number for it’s citizens ever. The northern region never adhere to Cencus. They make claims to having several wives and childrens that can’t be seen by the Cencus governing personnel present at their door step for the count. I also believed that Cencus is used by the State govt to lie about the number of people living in the state for the purpose of allocation money from the federal government. Hopefully the 1 million people to be employed for the job gets paid in the end.