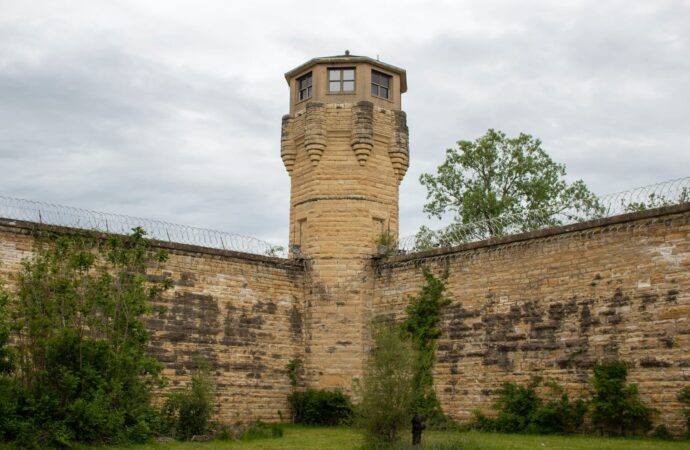 Nigeria received yet another piece of shocking news that further reinforced the lackadaisical state of its security status quo, as in known gunmen breached the Kuje custodial facility, Federal Capital Territory (FCT) Abuja in the late hours of Tuesday, where numerous inmates were allegedly freed. This premeditated attack which allegedly saw to the death of an officer and four inmates has been connected to the same perpetrators as the Kaduna train attack. Umar Abubakar, Spokesman of the Nigerian Correctional Services noted that while over 400 escapees have been recaptured, over 430 still roam freely.

This invasion on the correctional facility came closely after the convoy of President Bihari’s advanced security team, ahead of his journey to Daura, his hometown, for the Salah celebration. Mr. Chuckwuemeka Michael, an eyewitness who lives behind the correctional facility noted that right before the attack, numerous unknown men were well positioned in different sections around the prison. He also stated that the attackers possessed high-level explosives and guns that aided their invasion, as well as the fact that the attack lasted for over two hours.

Stopping by at the prison to evaluate the extent of damage caused by this attack, President Buhari has since expressed his immense disappointment at the lackadaisical security intelligence of the custodial center. He blatantly stated his displeasure at the incapacitation of the prison’s intelligence system at efficiently containing the attack on the security installation, reeling out queries that illustrates the extent of the security’s complacency and further demanding a comprehensive report of the attack.

It was reported to the President in a briefing about this occurrence by Dr. Shuaib Mohammed, the minister for interior and the general of the Nigerian correctional services, Haliru Nababa, who asserted that all the cells that held arrested Boko Haram terrorists were breached with all 64 convicted members on the run. He further showed the president the damaged section used in accessing the prison, as well as other damages. In the statement made by Garba Shehu, special assistant and stated publicly that over 300 escapees have been recaptured.

The government must continue its work towards achieving a better Nigeria.

Bashir Magashi, the Minister of Defense claimed that the attack which was coordinated, started at about 10:30 pm. However, for the 64 Boko Haram escapees they were all documented and this will help in their retrieval. Evaluating this horror, he asserted that the Kuje prison accommodated over 900 inmates, with allegedly 600 on the run. He also reassured the public that everything was under control and that the convicted escapees would be reprimanded as soon as possible.

While on route to Dakar, the President was advised of the attack at the prison and responded to the criticisms of the citizens as to why he hasn’t cancelled his trip, stating that regardless of the terrorist threats that the country faces, the government must continue its works towards achieving a better Nigeria; economically, socially and politically. Abubakar Umar, the Service Public Relations Officer revealed that during the course of this attack, one personnel of the National Security and Civil Defense Corps was killed, with three more having been severely injured.

Recurring attacks indicates the ineffectiveness of the APC government.

The People’s Democratic Party (PDP) meanwhile condemned the ruling government for its complacency towards the security crisis that has ravaged the country over the course of their tenure. The opposing political party noted that the recurring attacks on the president’s convoy and the correctional facility which project the undertones of collapse of the security system were clear indications of the ineffectiveness of the Buhari-led APC government in ensuring the safety of the lives and properties of the citizens.

Extremely terrible criminals have just been released into our society. We should be expecting the unimaginable things that will happen. I pray God will protect and shield us from their attacks

Different attacks on correctional centres keep happening all over the country, and it is terrifying and unfortunate and should worry all Nigerians. The people of Abuja should be careful with their movements for now.

I blame the current government for being indifferent to the security crisis that has been going on in the country during its time in power. This Buhari regime has been a mess.

The government must keep working toward making Nigeria a better country on all fronts, including economically, socially, politically and most importantly, security-wise. So we’ll have better lives

Nigeria’s level of security is very low. The government are paying little or no attention to important things like the security issues of this nation.hopefully we get a better government after this coming election

I would want to voice how extremely dissatisfied I am with the deficient level of security intelligence provided by the detention institution. They need to do more

The repeated attacks on the president’s carpool and the prison give the impression that the security system is falling apart.

With 600 criminals on the run I don’t think Abuja will be safe. The government should try to work on this security issue. It’s getting out of hand

Insecurity continues to plague us in this country while our leader just keep watching. The incumbent government has proved its failure More needs to be done to safeguard this country and its citizen. I pray the next government set things right.

We’re big a standard country at all because how are we allowing over 600 criminals to escape a federal prison. We need to work on our security.

The situation in this country is just getting out of hand.

And they are still staying it’s a coordinated attack. This shows that the security agents are clueless about the happening.

If a whole prison in Abuja can be infiltrated, then nowhere is safe

That shows how bad and careless security is and makes it even more important to get competent security operatives that can handle delicate matters.

The government needs fo direct more of the financial budget on security, so things like this won’t repeat themselves. We need to be vigilant

In this Buhari regime, our security has been abysmal; we’re hoping the following change in government will turn things around for the better.

This is another horrific development that underlines how careless the country’s security status quo is; it must be worked on.

Insecurity has been a problem in the county for year. The reoccurrence of prison break has shown how nonchalant government are when it come to security of the country. Something need to be done because this prison break of a thing happens almost every year.

If the alleged most secure prison facility can be attacked, then where else can’t? The reoccurring prison breaks just shows the level of nonchalant attitude of the government towards insecurity.

The rate of insecurity in this country as hit the pike seeing bandits now has the audacity to attack our capital and even freeing prisoners. It is now clear and evident that our government are doing nothing towards the better men of the nation.

I don’t understand how terrorists will invade Kuje prison and set prisoners Free. It reeks off lackadaisical and I effectiveness of the warders. The controller of the prison should be sacked or resign. Our security personnel have failed us. Our sovereignty as a country has been tampered with. Our security consciousness is now low. Still, our politicians are lavishly leaving life with caring for us. We have a bunch of distasteful, belligerent and obnoxious leaders in power.

Government should keep on telling us stories, keep on playing politics with life, keep on doing any how, so no security was available that day, Smile. If nothing is done in this country it will affect us all, even the so called government

This show lack of security in this country, a prison was broken easily without no backup to help now criminal are roaming about who know what they are doing right now till committing another crime, the country is not safe is the criminal are not caught and put in the right place we have to upgrade the standard of our security our security is so bad, this attacker their weapon is even grade than our security weapon why won’t they operate successful

The Center can no longer hold it has totally fallen apart imagine kuje prison being attacked and prisoners escaped in large numbers and you tell me their are no saboteur in this government,and now all this criminal are roaming the streets …We need to be extra careful out there and be vigilant

We should note that any prison break is coordinated and carried out by trained criminals. What surprised me was that this prison break operation lasted for 2 hours with no backup coming from the state security to contain the situation. Insecurity level in Nigeria today is very huge and it seems like the govt has lost control of the country.

The reoccurrence of different attacks on correctional centre all over the country is very alarming,seriously sad and it’s call for concern to all Nigeria citizen, government said they arrest Boko haram suspect and non is been prosecuted, after spending some time in prison they will release them and said they have repented and billions of Naira is been spend on issurgency everyday without any good result.The country is seriously in big mess.