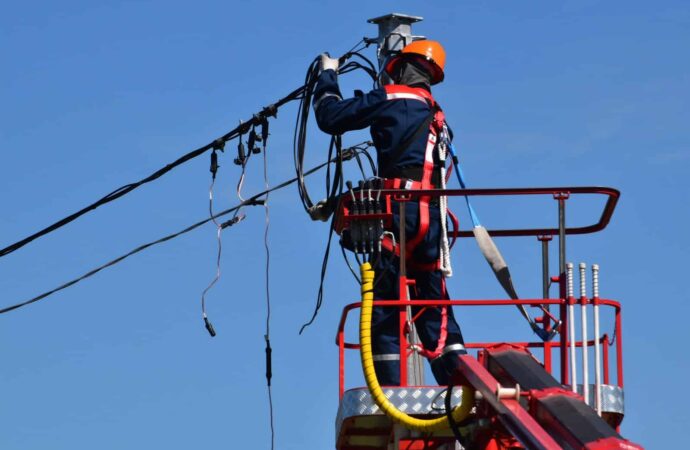 The IBEDC has said that vandalism is crippling power distribution to customers.

The Ibadan Electricity Distribution Company (IBEDC), one of the power generation companies (known as GenCos) in Nigeria, has said that acts of vandalism have cost the company a loss of over 50 million naira. These acts manifest in the form of stolen cables, damaged transformers, and other network infrastructure. The Chief Operating Officer (COO) of the company, Mr. John Ayodele, revealed in a statement to newsmen on Monday, July 4th 2022, that these activities of vandals are affecting the distribution of power to customers.

IBEDC has recently reported cases of stolen cables, damaged transformers, and issues with their network infrastructure. Ayodele, decried the spate of vandalism within its network. “On June 29, during the night, unknown civilians and armed men clad in Police and Civil Defense uniforms carted away IBEDC 33kv underground cables at Mokola Roundabout in Ibadan, Oyo State. These stolen cables feed Agodi Injection Substation, where Government House, the State Secretariat, Agodi and majority of Bodija area and thousands of other urban customers are serviced. This means the economic power and livelihood of these people have been grossly disrupted, as we are incapacitated by the stolen cables to meet the supply demand,” he said.

The national grid has collapsed multiple times in 2022.

This recent statement of IBEDC’s COO is coming just a few weeks after the national grid has collapsed a number of times this year. In the year 2021 alone, the national grid had collapsed not less than 15 times and about 130 times since the electricity sector was privatized in 2013. So, in addition to the number of shutdowns that the country has witnessed, the IBEDC is decrying the effect of vandalism. Earlier this year, the Transmission Company of Nigeria (TCN) had confirmed that multiple towers were vandalized.

These acts contributed to the national power outage. In one of these outages, power generation dropped drastically to 9W. As expected, Nigerians are divided on what the government should do to solve this problem especially that of vandalism. Some have pushed for the decentralization of the system, while others who agree to this have opined that the federal government should set up adequate security measures and monitoring tools along transmission lines to tackle the problem.

Earlier this year 2022, the trio of the Federal University, Oye Ekiti (FUOYE), the Ekiti State University (EKSU), and the Federal Polytechnic, Ado Ekiti, decided to explore alternative power sources instead of relying on the unreliable national grid. These tertiary institutions expressed their frustrations over the unstable power supply as well as the exorbitant power bill served by the Benin Electricity Distribution Company (BEDC). The institutions noted that as the power supply continued to nosedive, the bills from the GenCos continued to skyrocket.

Another Southwestern institution out-rightly opted out of the BEDC network. Afe Babalola University (ABUAD) proactively opted out of the GenCos network after commissioning 2.5 MW of its 5 MW independent power plant. The spokesperson of the university cited the high cost of power from the distribution company as a viable reason to unsubscribe from their power supply. The epileptic power supply situation in the country also be affected and is still affecting small-scale firms such as factories, laundry services, sawmills, and others.

Ayodele asks residents and customers of IBEDC to protect installations.

In his statement, Mr. Ayodele confirmed that the incident on June 29th was one of the various instances of the wicked activities of vandals within their network. For this cause, he appealed to IBEDC customers to guard any electrical installation in their environment to prevent vandalism and being plunged into unexpected blackout. Mr. Ayodele said that IBEDC could not afford to repair or replace vandalized installations at the moment. “We implore all residents and customers to report any act suspected to be vandalism to the nearest police station, Civil Defense Corps, and the Department of State Services,” he said.

Vandalism is a national problem in our country virtually everyday cables and electrical equipments are stolen and some people die during the process while others are caught but what baffles me.is the non stop of the perpetrators,I believe government needs to ends to really punish these offenders

Vandalism will always take place when there is hunger, poverty, joblessness, corruption in the land. Some people will take to criminality when there is no means of survival. Countless times we have seen pipeline vandalisation, vandalism of electrical power materials and how they are stolen all as a result of hunger and poverty in the land. Nobody will risk his or her to steal such things if not for aforementioned things. Let the government do the needful to reduce rate of crime in the land.

“Vandalism is as a result of poverty…” ” People vandalize to express their displeasure and get necessary attention”. Buh realistically, we all gets to suffer the consequences after these acts. BRT buses and station that were burnt during end SARS, sti haven’t been fixed yet. Now who’s affected by the consequences of limited buses and the rest??

Vandalism of the power supply is a reckless behavior and such criminals culpable should be prosecuted. We know how underperforming the power supply sector has been, when we now mismanage the different power apparatuses it will decline the power supply output more. We need to act right in this country.

When poverty is at its peak, the beast in people becomes the lead.

Vandalism is what the power sector has been battling for years and the same is still happening.

Moreover, it’s high time we find another power source aside from the grid

No among of security can stop or prevent power supply items from vandalisation and theft when the underlying issues are not dealt with. Government is not helpful; everywhere there is corruption, nepotism, unemployment as skyrocketing, these are the breeding ground for crime.

Vandalism is one of battle we are facing in the country not only in power supply it happen to other sector also like petroleum sector etc all this need to be stop a security measure should be taken to avoid all this issue. Poverty is one of the reason why people engage in this act but because they are poor that does not mean they should engaged in the kind of act it is a very dangerous risk they are taken. Things need to be put in place.

Vandalisation of property is a serious problem facing the institutions that are meant to provide social amenities in Nigeria,the people involve is such act are just doing it for their selfish interest and through this putting the masses to pay for what they know nothing about.Government need to start punish the offender of the act and this will reduce the bad habit.

smile, I keep on telling government to do the needful, all this their vendalization is story. Biko

This indicates that these people’s ability to earn a living and their economic power has been severely hampered, and it will affect our power supply

People in the country should stop committing acts of vandalism like these since they contribute to power outages across the nation.

Vandalism is no longer a shocking news. The IBEDC should just tighten their security. The money they’ll spend on security will obviously not be as much as the loss they will suffer due to theft.

When will people stop destroying things that are useful to the public?? The government should get more military personnels to guard important places like this

Considering the nation’s current situation vandalism is quite expected to occur . If the government can work on the unemployment issue I’m sure vandalism cases will reduce

Vandalism of the power supply is a reckless behavior and it happens as a result of poverty. Involving in criminal acts when there is no means of survival is never a solution to the problem…such criminals culpable should be prosecuted…and things should be put in place by the Government.

In Nigeria, vandalism of property is a severe issue that agencies tasked with providing social amenities must deal with. To tackle the issue, the federal government should install suitable security measures and monitoring equipment along transmission lines.

Bad acts such as vandalism, theft, and robbery are utterly predictable given the situation of the nation. If the government can address the insecurity, unemployment problem and provide opportunity to mitigate such acts.

To address the issue, the federal government should install sufficient surveillance equipment and safety precautions along the transmission lines.

The distribution of power to customers is being disrupted due to the vandalism that has been taking place; this isn’t good and should stop.

The unstable power supply situation in the country has affected and is continuing to damage small-scale businesses such as manufacturers, laundry services, sawmills, and a variety of other types of companies. Vandalism is terrible

When faced with no way to provide for themselves, some persons will turn to criminal activity. This is why they involve themselves in vandalism

People who commit acts of vandalism against property are only motivated by their gain, forcing the general populace to pay for something they do not know. This is a significant challenge for the institutions in Nigeria that are tasked with the responsibility of providing social amenities.

All this nonsense vandalism that people are doing is doing a lot of damage to our economy because it will be more things more difficult for us.

The government should provide more arms and support to our security operatives to adequately tackle this vandalism issue in this country because it has done enough harm already.