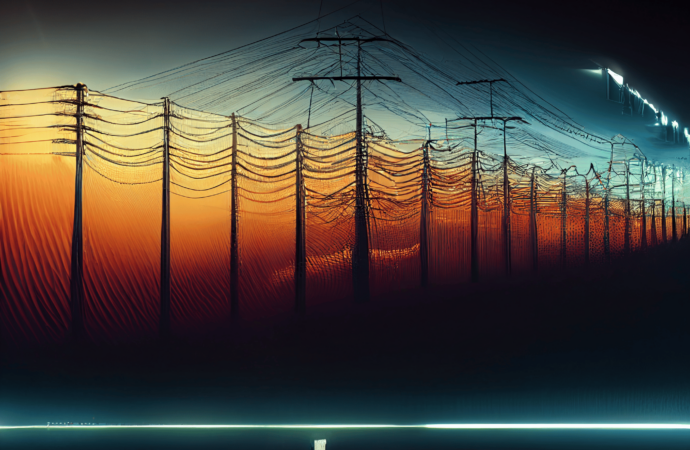 Nigeria aims to raise funds to implement Energy Transition Plan ahead of COP27.

The Vice President of Nigeria, Prof Yemi Osinbajo, has said that the Federal Government of Nigeria aims to raise an initial $10 Billion in funding to implement its Energy Transition Plan ahead of COP27 climate talks, which is to be held later this year. The vice president said this during a virtual launch of the country’s energy transition road map. According to a government statement, Nigeria has already secured a $1.5 Billion pledge from the World Bank and the nation is in talks with the United States Export-Import Bank for an additional $1.5 Billion.

Osinbajo said that every African country has signed the Paris Agreement and some, which Nigeria inclusive, have announced net-zero pledges. However, lack of electricity hurts livelihoods and destroys the dreams of hundreds of millions of young people. He said in a video address, “For Africa, the problem of energy poverty is as important as our climate ambitions. Energy use is crucial for almost every conceivable aspect of development-wealth, health, nutrition, water, infrastructure, education and life expectancy.”

Energy transition plan to lift 100 million out of poverty.

According to the statement, Nigeria’s Energy Transition Plan is designed to lift 100 people out of poverty in ten years. The plan will also drive economic growth, bring modern energy services to the people, and manage the expected long-term job losses in the oil sector due to global decarbonization. As the most populous country, Nigeria needs at least an additional $10 billion per year and a total of $410 billion to achieve its net-zero targets by 2060.

This news is second to the announcement days ago that the vice president is to launch an energy transition plan in Abuja. This plan is tailored to guide the country towards the twin objective of achieving universal access to energy by 2030 and a carbon-neutral energy system by 2060. The plan is supported by a number of organizations, including the World Bank. The plan will map out strategies for Nigeria to provide enough energy to the power industry and other productive uses in the country.

In 2021 at the COP26 in Glasgow (UK), President Muhammadu Buhari affirmed the country’s net-zero target. Net-zero target of completely negating the amount of greenhouse gases produced by human activity, which is to be achieved by reducing emissions and implementing methods of absorbing carbon dioxide from the atmosphere. In other words, the Federal Government of Nigeria is committed to reducing the amount of carbon dioxide which is released into the atmosphere in the country as a result of activities such as burning fossils and firewood.

While the target of the government is geared towards a good cause for both the country and society at large, Nigeria still requires a lot of effort to realize this change. According to news reports with varied statistics, at least 50 percent of people in Nigerian communities still cook with firewood. Some reports indicate the quota as high as 80 percent. This occurrence is as a result of the need to find alternatives to the now-expensive cooking gas in the country while still trying to maintain status quo.

The United Nations Framework Convention on Climate Change (UNFCCC) is an international environmental treaty established to combat dangerous human interference with the climate system by stabilizing greenhouse gas concentrations in the atmosphere. The United Nations Climate Change Conferences are yearly conferences held in the framework of the UNFCCC, which serve as the formal meeting of the UNFCCC parties (known as Conference of the Parties, COP). The COP is the supreme governing body of an international convention, which is composed of representatives of the member states of the convention and accredited observers. COP27 will be held later in 2022.

The energy transition plan has quite a lot of great benefits. Hopefully they get funds needed, and utilize them appropriately.

This energy plan I just hope it’s not an avenue to launder funds. The best and suitable companies which will carry out the plan should be given the responsibility and support needed to ensure the project is a successful one. It will in turn benefit the country.

The energy plan is a great plan which will benefit the people much but the plan as to be giving to the right company that will make sure thing are done in the right way and use a good material in performing the task so all necessary things should be provide. If the plan is carried out well it will serve as good thing

😂😂 They keep on telling us stories. government need $10 Billion for energy, why now? After 7 years in power, no such plan until now that they are about leaving the house of president Abi. In 2015 during Election they promise Nigerians heaven and earth. Things will change in 6 months, insecurity issues will be settled, Education get better, Nigeria be this and that.
Instead, Nigeria grow to the poorest quality and lowest standard. ASSU STRIKE need end poo.
You people need $10 Billion in funding to implement its Energy Transition Plan for this extra time. Abeg make una do and leave office. Biko Make we hear word

The energy transition plan has quite a lot of great benefits….very promising. I hope those in charge gets full backing…

FG sourcing for 10 billion dollars Funds for energy Transition plan,can it be sustained no, Nigeria government are clueless try bring out ideas but don’t execute them to the latter.

Nigeria has already received a commitment of $1.5 billion in funding from the World Bank and that is wonderful for us.

It will be a great achievement if it achieve because it will seriously reduce gas emission to the environment.But with the corruption level increasing everyday,it maybe very difficult to achieve.

Every nation on the African continent has now ratified the Paris Agreement, and a number of them, Nigeria included, have committed to achieving net-zero emissions.

Several young people have their hopes and goals dashed because they do not have access to electricity, which harms their ability to make a living.

Utilization of energy is essential for virtually every facet of development that can be conceived of, including wealth, health, nutrition, water, infrastructure, education, and life expectancy.

In addition to driving economic growth, bringing modern energy services to the general populace, and mitigating the anticipated long-term loss of jobs in the oil sector, the strategy will accomplish these goals.

If this project could be achieved, it will actually solve so many things including providing employment.It is a nice project if executed.

Amidst economy crises Nigeria government is still looking for a means to obtain loan for a energy plant project. Though the project is a good one but we need to be economically bouyant before for another loan.

This strategy is designed to steer the nation toward the twin goals of obtaining universal access to energy by the year 2030 and a carbon-neutral energy system by the year 2060, both of which are positive developments.

This is a wonderful idea due to the fact that it would chart out tactics for Nigeria to give sufficient energy to the power industry as well as other productive applications in the country.

It is good as the world bank is supporting the movement, it shows that our government has a plan and they want to work towards it.

The only other country with a commodity-based economy that hasn’t managed to diversify its sources of income is Nigeria.

The rising cost of cooking gas in the country has necessitated the exploration of potential substitutes, which has led to the current situation.

The energy plan is a fantastic idea that will help many people, but it must be entrusted to a reliable organization that will see to it that it is carried out properly and with high-quality supplies.