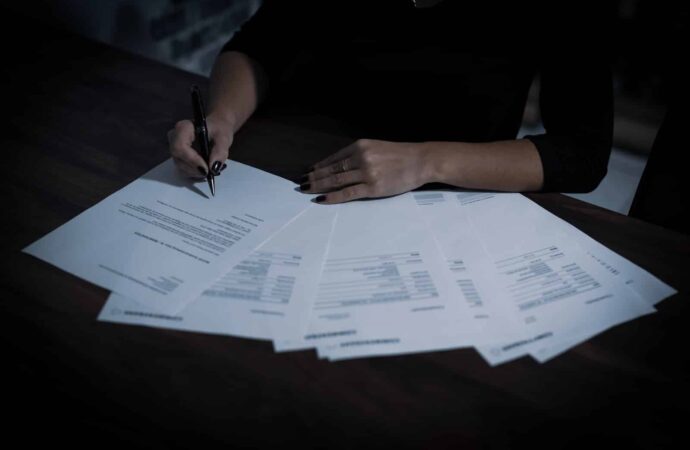 The FIRS and JTB to work collaboratively to track down tax defaulters.

The Federal Inland Revenue Service (FIRS) has joined forces with the Joint Tax Board (JTB) in a bid to track down tax defaulters. The two are envisioning an enactment of what is regarded as a “full-scale enforcement exercise” that will see to punishing tax dodgers that have failed to put to good use, the absolution put in place by the Voluntary Assets and Income Declaration Scheme (VAIDS) created by the federal government.

Tax evasion has been a rampant issue in Nigeria’s business space. Numerous large and small scale enterprises have consistently evaded payment of taxes. In 2019, the Federal Inland Revenue Service (FIRS) documented that the country has lost over 2 billion Naira due to tax defaulters, as well as an alleged $176 billion by multinationals. Since then, there has been growing cases of tax evaders. These discrepancies are why the government birthed the VAIDS initiative. Even with the addition of this initiative, there hasn’t been major changes, as taxes are still being evaded.

An encompassing enforcement operation for tracking down defaulters to be enacted.

This was issued in a public notice titled, “Post VAIDS Enforcement and Prosecution Exercise”, which was signed by the Executive Chairman of the Federal Inland Revenue Service, Muhammad Nami and also doubles as the Chairman of the Joint Tax Board. According to these tax bodies, an all-encompassing enforcement operation, which includes due prosecution is set to be enacted immediately to track down the tax defaulters that failed to utilize the federal government’s VAIDS initiative.

Within the notice, it was asserted that the Joint Tax Board, in collaboration with the Federal Inland Revenue Service, upon the enactment of the enforcement exercise will see to defaulting taxpayers being assessed in accordance to the tax laws. The Joint Tax Board however urged taxpayers with existing liabilities as declared under the initiative, to pay up the outstanding liabilities in order to ensure that the reliefs granted by the VAIDS initiative is not withdrawn.

Huge liabilities stipulated for taxpayers that fail to comply with the scheme.

In retrospect, the Voluntary Assets and Income Declaration Scheme was in 2017 , introduced by the federal government with an extensive idea of providing an amnesty for both individual and corporate taxpayers that will see them pay up their outstanding taxes between 2010 and 2015. Those who utilized this initiative were to avoid any form of interest payments or prosecution for tax evasion over the maximum of three years, pending they do not have a court’s judgement concerning specific cases.

Per the notice, prosecutions were put in place as consequences for not adhering to this order. The executive order of the initiative however stipulated that those (individual and corporate taxpayers) that fail to comply with this scheme are to be faced with huge liabilities, which includes the liability of paying the full outstanding sum, as well as the prosecutions and interest that accumulated. It further includes a taxation audit for the taxpayer as well as relief forfeiture.

The post-VAIDS measure as an avenue for firms & individuals to declare assets.

Mohammad Nami noted that according to a data from the National Bureau of Statistics, there are over 65 million active businesses in Nigeria but less than 20 million have been actual taxpayers. He asserted that there was a need for enhancing the compliance gap with immense enforcement measures. He further added that going forwards, the post-VAIDS measure would serve as a viable avenue for individuals and firms to declare their assets and pay taxes, so as not to face the enforcement actions procured by the bodies in charge.

FIRS & JTB Plan To Track Down Tax Dodgers – The FIRS and JTB to work collaboratively to track down tax defaulters. – Express your point of view.

In as much has we don’t have unscrupulous element in the FIRS who will connive with tax defaulters then implementing that idea is possible. It is well.

It is not that people are not willing to pay their tax but judging by what is going on in the country people are tied.
The corrupt office within the FIRS also contributed to non-payment of tax by the people. They encourage some Nigerian that you can give us this amount we will help you clear your records.
The right mechanism should be put in place to checkmate this kind of activity. Also with the creation of VAIDS, this mechanism should be applicable to them too, Nigerian are too corrupt that is when the aim of creating the VAIDS, FIRS can be achievable.

A tax paying country is considered a functioning country. Corruption and bribery are the roots of all failure in a country. Businesses in Nigeria must pay taxes to the nation to promote the country. This taxes are used by the govt to support the resources of the land. Every advance country collect taxes. Nigeria govt should issue severe penalty to businesses evading taxes.

This tax evading thing by people happens all over the world, and it is good that we are stepping up our game in curbing it. Good move

Individuals and businesses should be able to take advantage of the post-VAIDS measure, which would serve as a viable avenue for them to declare their assets and pay taxes to protect themselves from the enforcement actions procured by the bodies in charge. This is very good

Because individuals and businesses in Nigeria are too greedy, tax evasion has become a widespread problem in the country’s commercial sector.

It is necessary to locate all the tax evaders, file a lawsuit against them, and ensure they pay all of the due tax because we can generate income through it.

Majority of the tax defaulters in Nigeria are large companies and rich individuals, they pay low or no tax which is against the law. Joint Tax Board and Federal Inland Revenue Service should work hand in hand to get the defaulters prosecuted.

Nigeria or most of the developing economy countries citizens are tax evader and the major reason citizens avoiding tax payment is that the government is not sincere in what they do with the tax collected from people.For instant state generated 1billion Naira as tax and spend 100million for infrastructure and the rest of the money is no where to be fund this type of corruption will not encourage citizens to pay tax

The compliance gap is not good enough. Government should have a functional regulation. After all, tax is a major source of revenue for the country

65 million active businesses to less than 20 million tax-paying businesses are poor, and these businesses should do better cos it’s not helping the citizens.

The FIRS should have ventured into something like this since because our economy would have lost billions in revenue as a result of tax evasion in this country, and the perpetrators should be severely punished and fined.

This will be very good because these people evading taxes are causing the government less money, so they should be caught.

The government must take strong enforcement action to close the compliance gap. Additionally, the government should keep an eye on the post-VAIDS measure to ensure that it provides a practical means for people and businesses to disclose their assets and pay taxes without coming under the authority of the enforcement actions obtained by the organizations in charge.

Tax evasion is more rampant among large scale businesses. Imagine a business with over 250 million revenue paying just 2 or 3 million as tax. The government should just do their possible best to track down this people starting from large companies though

Tax is a major way of generating revenue for the country. Large companies are most common to be evading tax using there influence. The joint tax board should do all things to track and prosecute them.

Companies like these that do not pay their taxes by the prescribed method should be subject to significant legal obligations.

There are various businesses in this Naija, both small and large – scale, that has consistently avoided paying their taxes which is terrible.

Tax evasion is a consistent issue in Nigeria…so bad! Government are using this tax to provide social amenities and infrastructures for us.
Taxes are now been gotten from every single thing we purchase, even paying for groceries VAT would be deducted which is good. FIRS and JTB should work together to get the defaulters arrested and taken to court.

Tax evasion has been a major hitch to the revenue that is being generated in this country. There are lot of tax evasion cases because there are too many loopholes in Nigerian tax law. Hopefully this new law of punishing tax defaulters will make these organizations desist from the act of tax evasion.

It is very wrong as citizens to evade taxes. Those taxes are used for the development and growth of the country. Not paying tax amounts to not contributing our quota towards our national treasure. It is the taxes this government will use to provide social amenities and infrastructures for us.

If the system is okay, everyone will love to pay tax. All the tax they have collected for a while. What have they done with money, any prove or what people can see. The system is somehow

The tax defaulter should be track down and sue and make sure the collect all the tax they own. Tax is one of the way a country generate income for the development of the country so FIRS AND JTB should work hand to hand in other to make the tax issue solve. Maybe a serious punishment should be implement on those who refuse to pay tax

Tax fraud is a pervalemt issue in Nigeria,most people do not want to pay tax and the rich in Nigeria are the ones evading it the most,no serious nation develop without collecting tax so FIRS and JTB should work together to get the defaulters arrested and taken to court.

If the system is working, I would applaud this.

However, I just see it as a way of extorting the poor of their hard-earned money as most of those rich people pay little or no taxes.

And now taxes are been removed from every single thing we purchase, even paying for groceries VAT would be deducted.

Last edited 22 days ago by AN-Abiodun
0