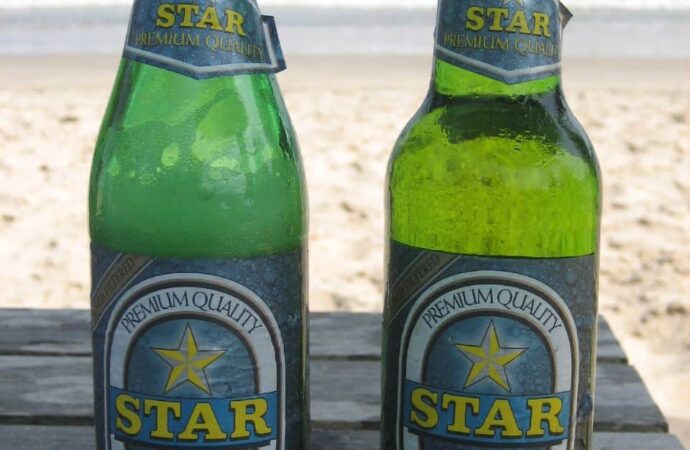 According to the first quarter results of the four major brewers in Nigeria, Nigerians have consumed N599.11 billion worth of beer in six months, spanning from January to June 2022. At the end of the first half (H1) 2022, Champion Brew emerged as the best performing company in the brewery industry, owing to the fact that Nigerian Breweries and Guinness Nigeria lost market shares; Nigerian Breweries fell slightly from 45.8 percent to 45.7 percent while Guinness’s share also reduced from 35.1 percent to 34.5 percent.

The industry analysis of their revenue growth between January to June 2022, as gathered by Prime Business Africa, revealed that Nigerian Breweries, Guinness Nigeria, International Breweries and Champion Brew made a combined sum of N599.11 billion. The four largest brewers in the country increased collectively by 31 percent in comparison to the N456.44 billion that was made during the same period in 2021. The recorded net profit also accelerated by 54 percent, rising from N23.44 billion reported in H1 2021 to N36.14 billion in H1 this year, 2022.

Guinness Nigeria, considered as the company with the lowest performance in terms of revenue growth, reported 28.9 percent in turnover growth, rising from N160.41B in H1 2021 to N206.82B in H1 this year, 2022. Regardless of its low performance in economic growth, it records the highest growth in profit after tax, rounding off the first half of the year with N15.65B, which totals 1146.7 percent year-on-year growth after comparison to the N1.25B of H1 2021.

Nigerian Breweries, notwithstanding its increase in revenue growth to N274.03B within January to June this year, is recorded as the third best performing company in the brewery industry, due to its 30.9 percent growth rate when compared to the N160.41B turnover of the first half of last year, 2021. However, the company grew its net profit by 142.8 percent year-on-year, generating over N19B in the first six months of 2022 and accelerating above the N11.22B profit after tax of H1 2021.

The sales of the products of International Breweries, generated for the firm over N111B within the first half of 2022, revealing a difference of 35.9 percent between last year’s sales profit, which was N81.96 billion within the same period last year and this year’s. However, failure to surpass the N13.88B profit after tax of H1 2021, has led to a -97.5 percent decline in the company’s net profit. Howbeit, it reported net profit of N336.20 million in H1 this year.

Champion Brew, although holding a small share of the market, recorded the highest revenue growth of 41.6 percent. This growth has recorded the brewery firm as the best performing firm in the industry. Also, compared to the N4.84B reported in the first six months of 2021, it generated N6.86B in H1 2022. In similarity to Nigerian Breweries and Guinness, Champion Brew also boost its profit after tax with a report of 141.6 percent growth year-on-year, with its net profit rising to N1.07B in H1 2022.

Imagine the revernue generated from beer wow wow the consumption of alcohol is immense,There are still more ways government can tap into these revenues and use it judiciously for the masses benefits

This shows us the extent in which the beer industry is really striving in it’s business. The government should use the revenue generated from this industry to invest in other beneficial sectors that will heed returns to the GDP.

The revenue generated from beer is very high I hope the government can use the revenue in place that will benefit the country to improve some sector. It is a big revenue for our country.

No doubt, Nigerians’ alcohol consumption is on the high side. Hopefully the government can efficiently utilize the revenue generated from it to benefit the country

Beer industry has seriously help in creating job and generate huge income for the government by remitting big amount of money to the government through tax.

Government should take advantage of the rate at which alcohol are consumed by imposing high tax in the companies producing it. This will be another source of generating revenue.

The breweries company are contributing in the country with the employment created and the amount of revenue generated from them.

The breweries company is an opportunity for our government to tap to. As it entails many benefits for the people and the whole country.

The brewing industry is generating a whole lot of revenue for the country , this is an opportunity for Nigeria to diversify and stop depending on only oil revenue

The government should reinvest the money it receives from this industry into other productive fields in order to boost the economy’s total value added.

They government should finance and support this sector, this a big opportunity to build up our economy and give us an edge over other countries

The beer industry has been creating a lot of job opportunities, potential investors should invest in this industry so more revenue will be generated from it

They govt should support
them too whichever way you can.. As it entails many benefits for the country.

This is a chance for Nigeria to diversify its economy away from its reliance on oil by taking advantage of the booming brewing business that has proved to be worthy and will yield good outcome.

Imagine the amount of beer consumed by Nigerian, N599.11 billion worth of beers. The analysis given above has proven the recovery and financial growth of the four beer industries.

Based on the analysis given above the four major brewers in Nigeria has significantly recovered generating enough income in the first quarter of the year. But Nigerians dey consume beers o.

The brewing business has been crucial in bolstering the economy and providing new employment opportunities, and it also contributes significantly with the tax payments. Government should pay more attention to it

Ignoring the breweries industry will be like a waste of resources. We also capitalize on the industry and amplify the benefits the people and the country as a whole derived from it.

Every sector and industry have its own benefits that they contributed to the country. Am sure there are also more industry that could yield more like the breweries industry if properly managed.