Nigeria’s size must be appreciated globally 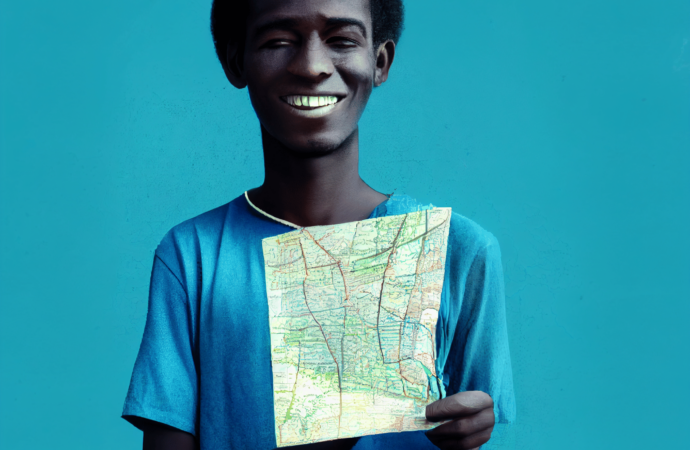 Nigeria, like many African countries are faced with this situation where the governmental or societal institutions are not solid enough to enforce certain individual behaviorisms in a way posed to advance the common good. In situations like this, spirituality and commitment to social values like Social justice and immense transparency are always very important tools towards driving the society forward. This was the interaction between Nigeria’s Vice President and a group of students from Harvard Business School who visited him at the Presidential Villa on Friday.

Nigeria’s Vice President, Yemi Osinbajo noted that by introspectively assessing these values, there are immense unanimities about what is and what is not the right thing to do. However, the poignant question is whether or not individuals will do these things, or be motivated enough to do these things, or coerced to. He asserted that the importance of spirituality comes to play, as it helps by guiding people on what to do and what not to do, especially when the social institution is not solid enough to enforce these certain behaviorisms.

At least 10 Nigerians states have better GDPs than most African countries.

These students, on an excursion around Africa, asked questions ranging from leadership, spirituality and faith, governmental policies, health, economy, amongst others. Osinbajo responsively articulated his personal commitment to virtues like integrity, social justice and transparency, projecting these values as core objectives in the different religions in the country. He stated that spirituality always connoted values. According to him, he came into government with values that projected transparency and justice. We are all products of our values and fortunately, these behavioral values cut across the different religions. He added that while societies that are institutionally developed have established systems in place that are duly obeyed by the people, with offenders duly punished, in weak institutions, people have reasons to do wrong things.

Talking about the Nigeria’s perception on the international community, Osinbajo stated that it is quite important for the international communities to understand the size of Nigeria so as to better appreciate the enormity and complexities of the country’s challenges. Borno, for instance boasts of the size of the United Kingdom and probably Denmark and thus, when a crime is reported, it most likely is an incident in one remote area. He added that Nigeria’s economy is mostly compared with that of smaller African countries, when there are at least 10 states with better GDPs than these countries.

The Vice President also responded to some of the inconsistent characterization of Nigeria by numerous international communities, stating that while there must be consistent conversations about these stereotypes, it majorly comes down to the people and government to work towards changing these incoherent characterizations. About creativity in governance, Osinbajo asserted that there was a poignant need for more creativity and innovative policy-making in governance. While there are a load of creative heads in business, the Vice President noted that there must be more thinking heads in governance to shape policies that would enhance the country’s development.

He further discussed the education sector, wealth creation and distribution of resources that will allow more people to move up the social ladder. Narrating the process of establishing more learning centers in Maiduguri, Osinbajo stated that visiting Borno in 2015, he saw over 49,000 children that had been rendered homeless and without parents due to the Boko Haram insurgency. On having a conversation with the state governor, the idea of setting up learning centers came up. The learning center was facilitated and in 5 years, immense development had been recorded as children who could only speak Kanuri learnt to speak English, write programs and build robotics.

Visit put together to understand the V.P’s experience on the public sector.

Osinbajo also discussed the country’s economic situation, politics, the federal government’s social investment programs, energy transmission and many other socio-economic and political discourses. Whilst appreciating the given opportunity, the leader of the group, Daniel Jaiyeoba said that the visit was put together to get an insight towards the Vice President’s experiences in the public sector. The students were reportedly accompanied by the special adviser to the president on Ease of Doing Business, Jumoke Oduwole, who was said to have taught some of these students during their undergraduate years.

Nigeria size due to our complexities needs to be well appreciated because we need to do more on educational sector, governance,economic situation, political decisions that allends up affecting the citizenry,in order to boost development.

Yes, it is true Nigeria is the giant of Africa. We are big in size and also population. We are believed to be a prospering nation. Unfortunately, we have a very low leadership capacity and efficiency. We have been ridicule with the extent of bad leaders that we have. I hope things will change for the better in 2023 elections.

Yes we are big in size but we are not making use of it. We are lacking behind in so many aspect. We need a good governance, so that we can improve in our economy and standard of living in this country

What’s the pride in being big and the giant of Africa when we can’t leverage on our size to help the economy grow? Of what use is our size. Ridiculous leadership, mismanagement of public funds and more.

As the giant of Africa we should be leading in every sector but it’s not the case. We should improve our economy and provide a standard of living for the people before we boost with the number of people we have.

commitment to social values like Social justice and immense administration transparency are very important factor to be considered towards driving the society forward.

Bring the giant of Africa should give us an edge over other smaller countries in AFrica but rather our dear country is lagging behind in every area.

Over 60% of Nigeria population is practicing one religion belief or another and I’m sure these people are being taught values, if only we can make use of these values, Nigeria will become peaceful than it is right now

There is a poignant need for more creativity and innovative policy-making in governance and more
governance changing idea to shape policies that would enhance the country’s development more.

In circumstances like this, spirituality and adherence to social values like social fairness and extreme transparency are always crucial weapons for advancing civilization.

Our focus should be on education sector, wealth creation and distribution of resources that will allow more people to move up the social ladder whilst developing the country more.

Yeah..we are Giant of Africa, this and that…. Do we worthy enough to answer? The country is really lacking behind in so many aspect. We need a good governance, so that we can improve in our economy and standard of living in this great country.

Nigeria is the home of complexity. We are dynamically divers in language, culture and tradition. The population of Nigeria is taken to be for every four Africans is one Nigerian. It is a pointer to the fact of our enormous size.I think Nigerian should be respected for our size.

Social investment programs, energy transmission and many other socio-economic and political discourses should be put in place for the betterment of the people.

Providing adequate infrastructure and improving the economy will give us an edge and make other countries recognize and applaud us for our progress and development.

The diversity in the cultures, traditions and languages due the large population in Nigeria should not be use as a yardstick by our government in judging their lack of performance but rather see the need to resolve the socio-economic difficulty, high crime rate and terrorism presently being experience in the country. The way forward should be the major focus. Truly for every four Africans is one Nigerian by our population. Nigeria should be appreciated by the global community due to our size which contribute to divesity and complexity in our society.

There is a need to improve our economy, political stability and all other pivotal sectors to maintain and increase our value.

Coupled with our popular high masses, Nigeria was also blessed with tremendous natural resources but was not managed well. Should be recognized and developed than our current situation of at all if was utilized well.