Africans should trade without the US dollar 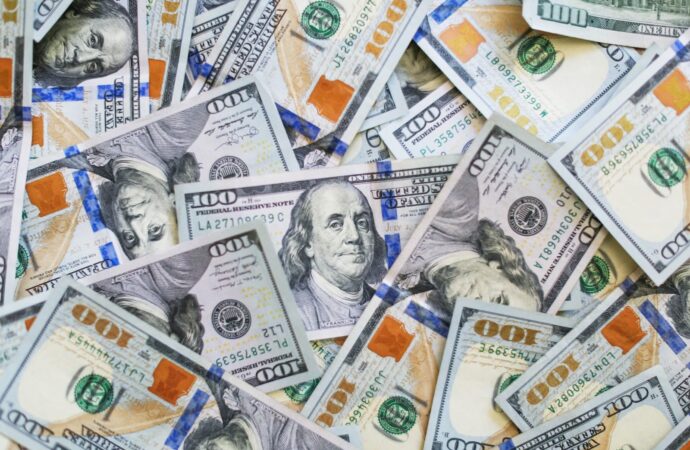 Cellulant decries the inefficiency of converting African currencies to dollars.

The Chief Executive Officer (CEO) of Cellulant, Akshay Grover, during a media parley at the company’s office in Lagos, on September 22, 2022, stated that Nigeria and other African countries should acquire the knowledge of trading without money, for the growth of cross-border business as it will equally enable the bigger, better and faster state of cross-border payments in Africa. Amidst his statement, he stated that the conversion of African currencies into the US dollar to trade has proven to be inefficient and disincentive to trade.

He further stated that the process of converting Ghanian Cedi to Naira requires that the Cedi is firstly changed to US dollars before it is then changed to Naira. This process, however, is considered as a very inefficient method way of converting African currencies. The enablement of trade without converting to the US dollar is resultantly preferred as solution to the conversion of currencies for cross-border business; it is also acknowledged as a massive opportunity for the trade.

8 million customers with a joint venture with Nation Africa.

Cellulant is a renowned Pan African payments company that is concerned with the provision of locally relevant and alternative payment methods for global, regional and local merchants. The company also provides a single API payment platform that enables businesses to receive payments online and offline, while permitting anyone to pay from their mobile, local or international cards or from their bank directly. The company is set with the aim of creating opportunities that would aid the acceleration of economic growth for all Africa.

The vision statement of the company is to foster seamless payments for businesses, banks and consumers all over Africa. Cellulant services have expanded to Ghana with Spacefon. It has also launched a ringtone service in Kenya and have reached about 8 million customers with a joint venture with Nation Africa for Nation Mobile. Having extended its networks to a number of locations across the continent and being an innovative fintech enabling financial inclusion in Africa and aims towards building a digitized Africa.

Russia-Ukraine war has helped in improving usage of local currencies.

Grover, added that the riddance of the US dollar for trade will not only boost cross-border trade, but will also assist in confronting the problem of dollar liquidity. Questions were raised as to the reason why the demand for money is so high and the reason why there is a need for conversion to dollar for the sake of doing business. It was also stated, however unfortunate, that the current Russia-Ukraine war has brought about the benefit of trading items which were previously traded in dollars, in local currencies.

Since the Russia-Ukraine war has enabled people to purchase oil in local currencies which happens to be a very unusual situation. Financial regulators in Africa, most especially central banks, are therefore advised by Grover to seize the moment and work towards resolving the problem of dollar dependence for the improvement of cross-border payments on the African continent. To achieve this goal, there has to be cooperation either at the Central Bank or at the government level. Although it might not happen at the same time for the whole of Africa, he said, steps should be taken towards it happening.

Steps towards resolving the problem by creating one currency.

Francophone African countries have, to some extent, taken a step towards resolving the problem by creating one currency, known as the CFA – Communaute financiere d’Afrique (Financial community of Africa) – which has helped them in some ways. The fintech guru noted that the non-conversion of African currencies into the US dollar for cross-border business has begun and its achievement rests on how big it becomes in two-three years. Cellulant was also said to be contributing its quota in the cross-border payment space by hosting various intra-Africa traffic by usage of its self-built infrastructure.

Africans should trade without the US dollar – Cellulant decries the inefficiency of converting African currencies to dollars. – Express your point of view.

This can only be accomplished with concerted effort from either the Central Bank or the government. There needs to be movement in that direction, even if it won’t happen all at once across Africa.

Having expanded its network to a number of sites around Africa, and being an innovative fintech company that enables financial inclusion in Africa and strives to develop a digitalized Africa, the company has expanded its reach to these locations.

In addition to facilitating both online and offline payments, the company also offers a unified API payment platform that accepts payments from any mobile device, domestic or international card, or bank account.

Therefore, as a solution to the problem of currency conversion for international company, the facilitation of commerce in a manner that does not include the use of the United States dollar is favored.

If businesses in Africa choose to conduct their financial dealings in dollars, this will not only simplify but also improve and expedite the continent’s system of international money transfers.

The practice of trading African currencies for US dollars has been shown to be inefficient and a deterrent to trade due to its high transaction costs.

For the sake of the expansion of international commerce, African nations need to educate themselves on the practice of conducting business without the use of currency.

African countries need to unite and solve the issues of first converting to Us dollar before converting to African local currencies. We should be able to trade without US dollars

Nigeria and other African countries need to learn how to deal without money if they want to build cross-border trade and cross-border payments that are bigger, better, and faster.

Trading with dollar keeps depreciating naira. African countries should put heads together to see to a viable solution.

This is well known fact that Africans are too dependant on US dollars for cross border transaction. Thank to Fintech and Cellular company that thought of promoting these projects. We need to come to the reality that we can’t continue to convert local currency then to other Africa currency before use. It is never proper.

Africa should come together and do with whatever we have as currency…Appreciating our currency will make sense a lot because the rate in which our currency is depreciating is not doing us any favour… it is really affecting the economy.

Being a cutting-edge fintech, it has expanded its networks to several sites throughout the continent and strives to create a digital Africa while promoting financial inclusion.

It has been found to be ineffective and a deterrent to commerce to convert African currencies into US dollars.

For the development of cross-border trade as well as the bigger, better, and faster state of cross-border payments in Africa, Nigeria and other African nations should learn the skills of dealing without money.

I so much love this why are we trading with dollar thereby devaluing our own naira and strengthening theirs,african countries need to come together and find a listing solution in how to trade with each other without the use of dollars.

This has been going on for a while now. Trading with the dollars which is not our currency depletes our own economy. Naira is depreciating more and more. Instead of us to protect it, we are spending dollars in our own economy.