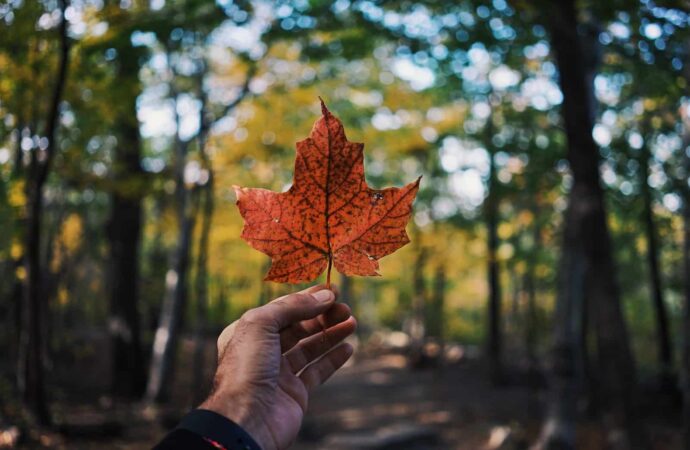 It has been reported that some Nigerians living in Canada have been allegedly assaulted by speakers of State Houses of Assembly in Nigeria. Led by its Chairman, Rt Hon. Abubakar Suleiman, the speakers were on a seven-day study visit to Canada. They visited to study the legislative processes in government and capacity-building programs to further enhance and strengthen their capacity as lawmakers. It was during this period that some Nigerian residents in Canada approached them to deliver a protest message to President Muhammadu Buhari.

This request made the lawmakers to lose their temper and throw caution to the wind. It was reported that the speakers manhandled some of the Nigerians and it took the intervention of the police in Canada to calm the situation. One of the assaulted said that the visitation of the lawmakers was published in the newspapers and spread round the Nigerian community in Canada. This was including pictures and videos of their meetings, which were published on social media.

Impromptu meeting with the Speakers results in a face-off.

The victim said that he had expected a meet-and-greet with the Nigerian community by the lawmakers, but none had been planned nor published in their itinerary. When he discovered that they would be leaving for Niagara Falls on the morning of September 23, 2022, he called out to a couple of his comrades to join him in delivering a protest message to the Nigerian government through these speakers. The impromptu nature of the meeting did not allow many to be available. However, the victim and Mr. Jerry Okoro were able to track the Nigerian officials to the lobby of a hotel.

The victim said that when they reached the lobby, they greeted the team and asked for their leader. He said he told them that he and his comrade were there on behalf of Nigerians living in Canada to deliver a message to the Nigerian president, Muhammadu Buhari. The others pointed out Abubakar Suleiman as the leader of the group and the victim introduced himself. At that point, the speaker from Cross River State, Rt. Hon. Joseph Bassey, listened to him calmly but a colleague of his insisted that he should not listen nor respond to them. The victim narrated that the Nigerian officials manhandled them until the police in Canada intervened.

The Nigerians had a message of displeasure about happenings in Nigeria.

The Nigerians’ message, which they came to deliver to the speakers of the House of Assemblies, was regarding their displeasure with the happenings in Nigeria as well as the fact that students were out of school for seven months. But as the victim was delivering this message and Speaker Bassey was listening, another speaker started pushing Bassey away and blocking the camera. The situation escalated and the hotel manager had no choice but to ask the aggrieved Nigerians to leave the hotel.

This isn’t the first-time lawmakers would be accused of assault.

This would not be the first time that Nigerian lawmakers would be accused of assaulting fellow citizens. On March 15, 2022, a Nigerian comedian, Franklin Ozuruigbo, accused the Deputy speaker of the Imo State House of Assembly, Amara Iwuanyanwu, of allegedly assaulting him. He claimed that he had been tricked to the deputy speaker’s lodge, deceived into waiting for the lawmaker, and ordered to be beaten up for his skits on social media. Also, in October 2016, former United States Ambassador to Nigeria, James Entwistle, said in a letter to the then speaker Yakubu Dogara that Mohammed Galolo, Samuel Ikon and Mark Gbillah sought to patronize prostitutes and made attempts to rape a hotel housekeeper.

During this period, some Nigerian residents in Canada asked them to deliver a message of disapproval to President Muhammadu Buhari.

This is a very bad thing happening among the leaders and the citizens, all the political leaders involved in this heinous act should be immediately impeached.

It is becoming a regular occurrence for Nigerian MPs to be accused of assaulting other citizens; because of this, it is imperative that they be disciplined for their behavior.

As a result of the escalation of the situation, the manager of the hotel had no alternative but to request that the irate Nigerians leave the establishment and that’s sad

Victims had anticipated that the politicians would hold a meet-and-greet with members of the Nigerian community, but none had been planned nor had been mentioned in their agenda.

It needed the intervention of the police in Canada to calm the scene after the speakers physically abused some of the Nigerians in attendance, which is not how things are supposed to be.

To bad that our country government can not protect or act on it citizens disapora. Everything bad is wrong with this Nigeria

During this time, some Nigerian citizens living in Canada approached them with the request to convey a protest message to President Muhammadu Buhari.

What a shame that we have a government in Nigeria who are not ashame to wash their dirty linens in the public.

This is really sad. These speakers should be punished to the full extent of the law. Of all people, a speaker who should be protecting the rights if citizens. How can it be heard

We have a government that care less about their citizens. That is why they can assault Nigerians anyhow.

How is it possible for lawmakers to have abused citizens? People who should be protecting the interest of the citizens. Knowing that this has happened repeatedly is disappointing.

In Nigeria our leaders should be the one protecting and supporting us rather they are maltreating and assaulting us. The speaker and his team should be well dealt with.

Everything goes in any country if House of representatives who are supposed to know more than average residents can act so haughtily in public without fear of repercussions from the people they claim to represent.

This clearly shows that everyone In The government are living for themselves and not for the citizens . They should support the public rather than assault them

How can lawmakers be guilty of assaulting citizens?? It is disappointing to know that this has happened several times.

If lawmakers that suppose to know more than ordinary citizens behave arrogantly in public like this and no punishment or sanction for their unculture behaviour to the people they said they represent then anything can happen anywhere.

Why do we have disgruntled elements as representative imagine our speakers not condoning themselves well manhandling our citizens in disapora.

This is quite unfortunate. Our leaders should represent us and do the bidding of it’s people. In Nigeria here, it is our own leaders that are maltreating and assaulting us. The speaker and his team should be taken into custody and sued for assault.