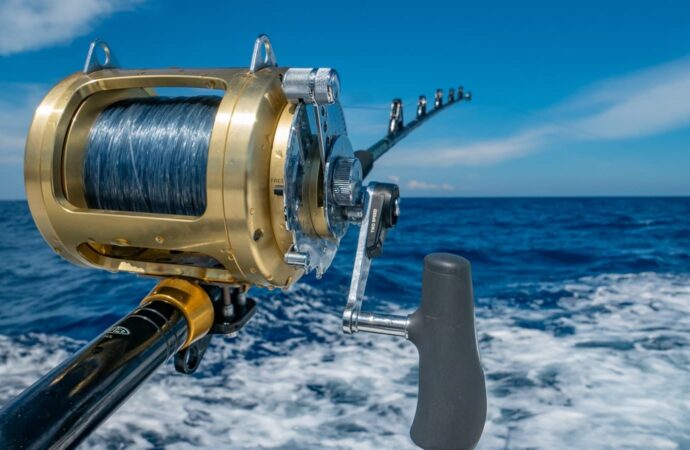 Fishery is one sector that have immensely bloomed in the world’s agricultural scene. Nigeria, like most West African countries possess riverine waters that contain species of fish that have overtime contributed immensely to the food distribution and economic elevation of the country. Statistically, small-scale fishing practices have contributed an estimated 80 percent of Nigeria’s fishing operations and have improved the livelihood of numerous Nigerians. In fact, small-scale and industrial fishing have both contributed to the overall GDP of 0.84 and 1.09 percent respectively to the country’s economy.

However, there have been recurring cases of illegal fishing processes that have ravaged the system, especially in African countries. Illegal fishing deeply causes the country huge economic loss. Nigeria’s House of Representatives asserted that the country consistently loses over $70 million every year to illegal fishing, which includes license fees lost, as well as taxation and revenues. Other sources claim much more yearly valuation loss and clearly, illegal fishing puts a major strain on Nigeria’s economic growth and generally, the world’s economic development. Reportedly, while some of these perpetrators are Nigerians, others just exploit the waters.

WTO in agreement with different countries to deposit instruments of acceptance.

Recently, the World Trade Organization is ensuring that the global waters is observed, to keep off illegal fishing practices. The organization is in agreement with member countries to deposit instruments of acceptance within the next six to nine months, as a part of the monitoring the waters against illegal fishing activities. The body recently set up a $20 million fund that is aimed at helping to eradicate illegality in the world fishing sector. This fund was established to enable countries, especially developing countries to elevate their facilities and management skills in overseeing their fishery services with the best practices.

The World Trade Organization’s director-general, Dr. Ngozi Okonjo-Iweala raised this issue to Nigeria’s minister for state of industry, trade and investment, Ambassador Mariam Katagum, during her visit to Abuja, stating that this decision which is aimed at curbing the problem of illegal and unreported practices in the fishing sector especially in developing countries, was reached at the World Trade Organization’s ministerial meeting that was held in Geneva, Switzerland. Thus, the fund will enable these countries, the capacity to monitor the vessels that operate in their waters.

Oceans risk depletion as 77 percent of fish stocks are products of overfishing.

On the issue of the ratification acceptance, she noted that there was a need for two-thirds of the member-countries to deposit the instrument of acceptance within the next nine months, for the effectiveness of this acceptance. Okonjo-Iweala, commented that the fisheries agreement is the World Trade Organization’s effort to curb the delinquencies that have proven to be immensely harmful to the organization’s sustainability and avoid overfishing. Noting how big a problem this is, she advised that across the world, over 3 billion people depend on fisheries, either directly or indirectly. Thus, there is a need to salvage this issue of illegal practices in the fishing sector, to avoid fish depletion in the oceans.

Per continuance, Okonjo-Iweala further stated that an estimated 77 percent of fish stocks are products of overfishing, a problem that has grown so much in the span of seven years. As at 2015, the rate of overfishing was 35 percent. Studies have however shown that over 50 percent of overfishing is perpetrated in Nigeria and other developing countries, as a result of the inefficiency of the fishery department to survey and monitor the operations on their waters.

Okonjo-Iweala stressed her desire for Nigeria to swiftly submit its instrument.

With this agreement, the trade body is trying to curb countries that abet this illegal fishing practices and with this ratification agreement and depositing of instruments by countries, the perpetrators will be apprehended and punished. She hammered on her desire for Nigeria to swiftly submit its instrument, promising that the World Trade Organization was ever ready to technically assist the fishery department and support its capacity development. Ambassador Mariam Katagum, however declared that the ministry and relevant stakeholders will consider agreeing to the fishery subsidies, as well as how the department can take advantage of the WTO Fish Fund.

Due to the inability of the fishery department in Nigeria and other developing countries to effectively survey and monitor the activities that take place on their waterways, overfishing is rife in these countries.

These countries will have the capability to monitor the vessels that operate in their seas thanks to the fund that is granted by the WTO, and this will be beneficial for them.

The WTO established this fund to provide nations, particularly developing countries, with the means to improve their infrastructure and management capabilities better to supervise their fishery services by the most effective procedures.

This decision taken by WTO will be of great benefits to the country if it can successful be implemented.

The level of poverty has pushed so many Nigerians into illegal fishing practices. The true is this the government of the day care less about fishing practice but focused on passing the water bill into to make life unbearable for the masses. The intention of WTO is justifiable because of lost of revenue to this illegal practice.

Illegal fishing harvesting in the water has been in existence since ages and this is major problem facing the extinction of some of the species of this fishes.But this intervention by WTO,the story will be different.

With this ratification agreement and the depositing of documents by nations, the trade organisation should aim to restrain countries that aid in illegal fishing methods, and with the help of this agreement, countries will be able to do so.

The country suffers a significant economic hit as a direct result of illegal fishing, and the government should act swiftly on this pressing issue.

In order to prevent the depletion of fish populations in the oceans, it is necessary to address the problem of illicit fishing techniques in the industry.

Fishing had earned us a lot of income in the country and these people that engage in illegal fishing practices are cutting our income short. They should be stopped.

The people should be enlightened on the impact of their actions on the economy.
The trade organization should work to stop nations from supporting illegal fishing, and offenders caught, should be severely punished.

Taking advantage of the help and support offered by the World Trade Organization our fishery sector should look into improve the sector
technically and promote its capacity development.

Never knew anything as ‘illegal fishing’ existed. The WTO should sensitized people then swing into actions to bring to justice perpetrators.

Which one is Illegal fishing in Nigeria when hunger is dealing with a lot of people in Nigeria. I don’t think fishing have anything to with the problem of Nigeria. Fishing is general in Nigeria. If can fish go fishing….
They should focus on major problems of the country not fishing. Biko

When poverty is at its peak, a lot of criminal activities can’t be curbed

Most of those practicing illegal fishing are due to lack.

The WTO should stand in gab and enlighten those people on the impact of their actions on the economy.

The trade organization should work to stop nations from supporting illegal fishing, and with the ratification of the agreement and the deposit of instruments by nations, the offenders will be caught and punished.

At point I’ve concluded that residents of this country don’t care about the situation of the country. The economy is very bad right now and they still go ahead to loot the sectors that are generating revenue for us. The WTO should just help us and ensure the perpetrators are being punished.

This people don’t how much damage they are causing to our economy. Illegal fishing should not be an option and should be totally banned, fishery currently generates the highest amount of revenue in the agricultural sector and I don’t think this should be ruined by these illegal fishermen.

Illegal fishing is a very bad act that has cost the country a lot. To avoid loosing more on the revenue and the extinction of some fish species our government needs to act fast and work with the WTO to protect our water from being ravaged.

The government should quickly act against this illegal fishing. The data shows Nigeria is losing alot of revenue from the purported act. The World Trade Organization is ready to work with the government to ensure the water bodies are in stabilized form. Any body find culpable of illegal fishing should be prosecuted.

Illegal Fishery needs to be curb as soon as possible in our water ways because of Extinction of certain species of dishes that are important to food chain in the ecosystem,I hope the effort of WTO will be fully followed and Nigeria will submits its equipments as soon as possible.

Illegal fishing is crippling the fishing industry and the economy both. Many of this illegal fishing vessels are aware of the authority but paid their way out of the laws. The government must submit to the request of WTO regarding it’s instruments. At times the local fishing industry can be blamed for over fishing the waters. WTO is set a timeline for the submission of instruments and Nigeria must obey.