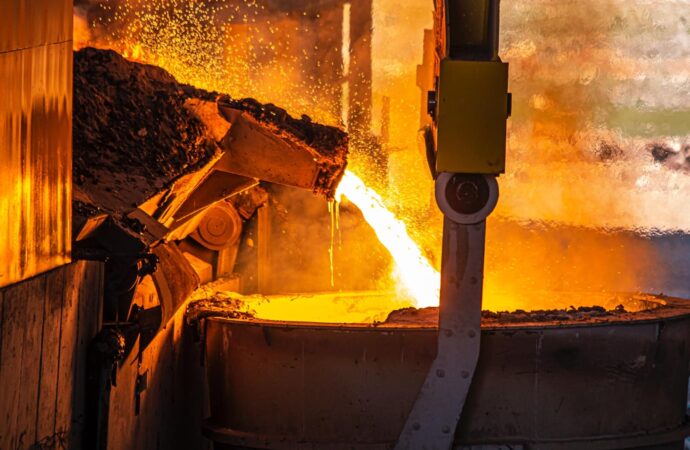 Studies reveal that remanufacturing will resuscitate the steel plant.

The Ajaokuta Steel Company, also known as the bedrock of Nigeria’s industrialization, is a project that has been in process since the past 40 years but is yet to produce one tonne of steel, even after Nigeria spent over $8 billion on it. All attempts to bring the plant into production have been unsuccessful. Although, the Soviet Union built the plant to 98 percent capacity, the absence of a rail line around the plant, coupled with recurrent changes in political and operational management, obstructed completion.

In 1958, the idea of Ajaokuta Steel was conceived in a bid to balance Nigeria’s steel demand and commence the manufacturing sector of Nigeria and West Africa. The decision of establishing a large-scale national steel production plant was to gain power status and defense of national interests. With the rapidly growing population of Nigeria and the hike in demand for manufactured products, many manufacturing industries were established between the 1960s and the 1970s. However, given that national demand for steel was around 3.5 million tonnes per year between 1985 and 1995, bulk of the demands were met through imports – this encouraged the government’s industrialization drive.

Some parts of the installed equipment are getting corroded and degraded.

Currently, the federal government of Nigeria is sourcing for a core investor that can profitably run the plant on a concession basis – to revamp the steel company, $1.4 billion was estimated as the cost in 2020. To resuscitate the steel company, a proposal of remanufacturing has been made to aid the restoration of worn out products. The proposal argues that the economic, social, and environmental advantages of remanufacturing would likely bring a solution to the problems of the company by making it competitive enough to meet contemporary demands of good manufacturing.

In 2019, bilateral discussions identified the likelihood of Russia funding to revive the steel plant, but unfortunately, the COVID-19 pandemic and the Russia-Ukraine crisis might have held up agreements. Also, considering the lack of productivity of the plant, there might already be corrosion and degradation of some of its installed equipment.  A group of Nigerian and Ukrainian experts who audit the plant have reported corrosion of some parts which could be a result of an acidic environment.

Remanufacturing would bring about employment opportunities.

According to the UN Environmental Programme, studies reveal that remanufacturing has the ability to retain value, given that it can pull down new materials requirements by 80 to 90 percent, while increasing skilled labor hours by almost 120 percent. Before the commencement of remanufacturing, there has to be availability of cores, the possibility of disassembling them, and labor, with access to customers. However, after a thorough assessment of the Ajaokuta Steel Company Limited, it has been concluded that the obstacles to remanufacturing can be prevailed.

A Russian company would work with Nigerian engineers for remanufacturing.

Another abandoned project coming back to spotlight. A much needed boost for the economy if successful. The Ajaokuta steel plant is historical and should be operating, employment opportunity for citizens with other benefits for the regions around. Stakeholders, federal government should be able to accomplish the tasks ahead if funds provided is not embezzled.

I have knowm ajaokuta steel for years you can imagine after souch many spent everything gone down the drain,Nigeria my country is so pathetic despite money spent nothing is achieved just because of selfish interest of certain people they jeopardise everything all around.i just hope something is done.

Ajaokuta steel plant has been left for too long. Remanufacturing the steel plant is still possible if the government are ready to make it possible. Specific amount of money should be assigned to the industry to revive it’s production capacity and the instruments being used which are now corroded. Nigeria can generate revenue through the exportation of steel. We should become production country and not just consuming.

There is a great possibility in the notion to remanufacture worn out products in the steel plant. I think with the help of foreign expert and with thorough management Nigeria can pull this through and get the plant in operation.

This plant has been existing for years but has been useless, I’m glad the government is taking a step to make it useful. They should work with the Russian company to make the project a success and create better opportunities for Nigerians.

Remanufacturing’s benefits in terms of the economy, society, and environment would probably help the company by boosting its competitiveness and enabling it to satisfy modern manufacturing standards.

If this proposal can be properly worked on in collaboration with the Russia company, Nigeria’s economy will improve and there will be more job opportunities for people.this shows that there are a lot of opportunities that we are missing out on due to the incompetence of the government.

It has been in existence since 40 years. Yet many don’t know about the company. With the help of experts and government support we can get there

“…been in process since the past 40 years but is yet to produce one tonne of steel, even after Nigeria spent over $8 billion on it”. Isn’t this btge height of incompetence? If collaborating with the Russian company would help the remanufacturing be a success, Nigerian govt should. Getting the steel company up and running would be of great benefit to us

As things stands, the asserted remanufacturing process is the best way to revamp a steel plant that has been in existence for such a long time with no impact to the economy and a collaboration with the Russian company that made the first installation will make the process more effective.

The Ajaokuta steel can really help in reducing unemployment in the and seriously boost the economy of Nigeria but because of the selfish and corruption of the people in government nothing is been done and all the money that has been spent to revamp it has gone drain.

Nigeria can generate revenue through the exportation of steel.
Also, it will be very good to remanufacture this project the country will benefit much in it like employment opportunity will be created for people
Government should just get the steel company up and running it would be of great benefit to us.

Remanufacturing this steel plant will do a greater good for our steel plants in the country. I am backing the government to go ahead with this

I am suggesting that in order to ensure that the steel mill is managed in the most efficient manner possible, that the Russian business that was responsible for the initial installation of the Ajaokuta Steel facility collaborate with Nigerian engineers.

Remanufacturing, a significant component of the linear industry, would repair the damaged parts of the steel and make it functional

The establishment of a large-scale national steel production plant like Ajaokuta was done with the intention of gaining power status and protecting national interests, both of which will be of assistance to us, and so far, this has been successful.

It is necessary to put forward a plan for remanufacturing in order to assist in the restoration of products that have become worn out in order to bring the steel company back from the brink of bankruptcy.

One of the problems we have in Nigeria is a lack of continuity.

This steel plant had been in existence a long time ago, but still, we’ve not been making good use of it.

The Ajaokuta Steel plant will really bring a revolution to our economy if it is remanufactured.

This Ajaokuta project have lingered for a long time. I believe there is sabotage that does not want the project to be a reality.

I hope this time around Ajaokuta will be resuscitated again after series money spent to bring it back to live.

The process of remanufacturing has the potential to maintain value because it can reduce the number of fresh materials required by 80 to 90 per cent while at the same time increasing the number of skilled work hours by almost 120 percent, and this is a good thing

The remanufacturing of the Ajaokuta steel firm would most likely bring about a remedy to the issues that are plaguing the company by rendering it competitive enough to satisfy the current expectations placed on manufacturing that is of high quality.

Ajaokuta steel factory has been abandoned for quite a while, and the steel factory can yet be remanufactured if the government is willing to take the necessary steps to make it possible.