WHO says rabies 100% preventable but fatal 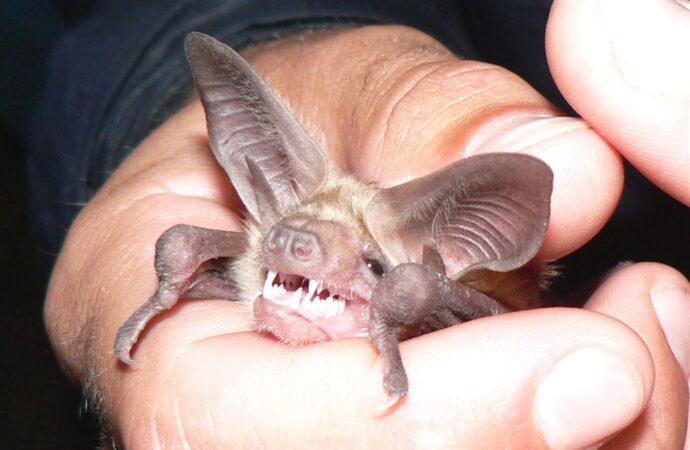 It calls on FG to intensify public awareness and education on rabies.

The World Health Organization (WHO) has called on the Federal Government of Nigeria to intensify its public awareness and education on rabies. The organization says that rabies is 99.9 percent fatal but 100 percent preventable. The country’s representative in Nigeria, Dr. Walter Kazadi Mulombo, made the announcement at the launch of the National Strategic Plan (NSP) for the elimination of dog-mediated human rabies in Abuja on September 26, 2022. Mulombo, who was represented by Dr Alex Chimbaru, said that Nigeria also needs to have joint surveillance and information sharing, capacity building of health workers, improved resources for diagnosis and risk communication.

Chimbaru noted that the WHO would like to reiterate its commitment to supporting the implementation of this National Strategic Plan (NSP), which addressed the gaps and issues highlighted. He also said the collaborative spirit would continue throughout the implementation of the strategic plan and beyond, as the country worked towards achieving the goal of eliminating rabies by 2030. Rabies is a highly infectious disease, remains as one of the most important zoonotic and Neglected Tropical Diseases (NTD) in Nigeria.

In 2018, the World Animal Health Information System (WAHIS) had ranked rabies as the number one zoonotic infection in Nigeria. And in 2022, during the just concluded One Health Zoonotic disease re-prioritization in Nigeria – which was supported by WHO – rabies was listed among the top 10 prioritized zoonotic diseases. He said the fight against rabies in the country had been a long and tedious one since it was first reported in 1912. “The disease has been reported in a variety of animals including dogs, cats, cattle, sheep, goats, horses, donkeys, and wildlife. However, unvaccinated dogs remain the main source of infection affecting several suspected and confirmed human cases, especially in school children and women,” he said.

He acknowledged that most of these cases have resulted in death. Currently, experts report that rabies is on the increase and there is a need for urgent health action to curb its spread and eliminate the disease. Dr. Chimbaru said that the WHO Country Office had continued to play an important role in supporting government ministries, departments and agencies (MDAs) to work towards the eradication of the disease. He added that rabies in the country represented the larger issue of the continued prevalence of Neglected Tropical Diseases (NTDs) that had caused high mortalities, with even more morbidities and poor livelihoods. In other words, rabies has caused more deaths and more infected cases while impacting the lives of the population negatively.

Mulombo said the main causes of NTD prevalence are particularly poor health systems and inadequate policy frameworks. He said that these have limited the efforts to fight these NTD’s effectively in the country. Because of this, Nigeria needs to position and align itself with global guidelines such as the newly established 2021-2030 roadmap for all Neglected Tropical Diseases (which includes rabies). The roadmap sets global targets and milestones to prevent, control, eliminate or eradicate 20 NTD’s by 2030.

Increased calls for joints advocacy efforts and investments from the government and private sector to address these NTD’s are being addressed. He said in the spirit of One Health, WHO Nigeria is also committed to working with other UN Agencies such as FAO, OIE, UNICEF etc. to implement the One Health approach to address these, including rabies. He said he also expected tripartite MDAs and partners to leverage on each other’s strengths, expertise, and resources to collaborate effectively and do the same.

FMH says Nigeria still challenged by 15 out of the 20 NTDs.

The National Coordinator of Neglected Tropical Diseases at the Federal Ministry of Health, Mr. Nse Akpan, has maintained that the country was still confronted by the challenges posed by 15 out of the 20 NTDs listed by the WHO. Akpan said rabies infection, caused by a Rhabdovirus, was often transmitted to humans through the bites of infected animals (especially dogs). He said that without timely and effective post-exposure prophylaxis, the disease can kill 100 percent of its infected victims. This means that as soon as a victim is bitten by a suspectedly infected dog, without adequate vaccine, they may die. According to him, this is the highest case-fatality rate of all infectious diseases in humans. In other words, this is a disease that kills the majority of its infected carriers to the tune of 99.9 percent.

WHO says rabies 100% preventable but fatal – It calls on FG to intensify public awareness and education on rabies. – Express your point of view.

The government and the health sector have a lot of work to do to this regards and it should be do urgently. The masses needs to be educated on the danger of NTDs especially rabies and how it can be avoided/prevented.

Rift Valley fever, often known as rabies, is on the rise, and immediate action is required to prevent the disease’s further spread and ultimately eradicate it.

It is important to raise awareness about this issue so that people are aware of it. Because the bite of an infectious dog can do serious damage to one’s health, we need to improve the state of the health of our system, which is currently insufficient.

This information comes at a very convenient and crucial time. Rabies is a disease that can be transmitted to people from dogs if they have not been vaccinated.

The most significant contributors to the spread of NTDs are inadequate health systems and policy frameworks, and it is imperative that these issues be addressed.

tripartite MDAs and partners are encouraged to capitalize on each other’s capabilities, areas of expertise, and resources in order to effectively work and accomplish the same goals.

canines that have not been vaccinated continue to be the primary source of infection in numerous human cases that have been suspected or confirmed, particularly in cases involving children and mothers.

Since the disease was discovered in the country for the first time, the war against it has been a drawn-out and laborious one.

The atmosphere of cooperation would endure for the entirety of the implementation of the strategic plan and beyond, as the nation worked toward the goal of eradicating rabies.

if the Federal Government of Nigeria were to step up its efforts to educate the public and raise awareness about rabies, it would be of great assistance.

Additionally, Nigeria needs to have improved resources for diagnosis and risk communication, as well as cooperative surveillance and the sharing of information. Capacity building of health personnel is also essential.

A concerted effort should be made to create awareness about these dreadful diseases by the Government in collaboration with the health sector. The masses needs to be aware of it danger and take the necessary steps to prevent it

Federal Government needs to improve the standard of primary healthcare along with an intensified public awareness and enlightenment on rabies menace.

Awareness should be made so people will know about it the bite of infectious dog can caused dangerous damage to the health, we have to upgrade the health of our system our system is poor

Due to poor health system and poverty, i think more awareness needs be done. people need to know how deadly the bite of Rabies are and its preventive measures.

Currently, experts report that rabies is on the increase and there is a need for urgent health action to curb its spread and eliminate the disease. Since rabies is said to be 100% preventable, the FG and its agencies just need to create awareness to as many audiences as possible.

Since rabies is said to be 100% preventable, the FG and its agencies just need to create awareness to as many audiences as possible. The fight against rabies has been a long one. Rabies is one of the top 10 prioritized zoonotic diseases, as shown in Nigeria’s just concluded One Health Zoonotic disease re-prioritization.

This information is very timely and important. Rabies from dogs that are not vaccinated can cause serious damage to humans. The dog bites can be normal and easily treated but if the dogs have serious infections and they are not vaccinated. The infections can be transmitted to their victims.

Lots of sickness,diseases or infection that occur and kill people in Nigeria or Africa at large are not suppose to kill people but because of our poor health system and poverty,they kill easily.

Rabies bite is so bad here because our health care system is so bad,more awareness needs be done for people needs to know how fatal the bite of Rabies are because here we have so any dogs that are not well taken care of by vetinaries.