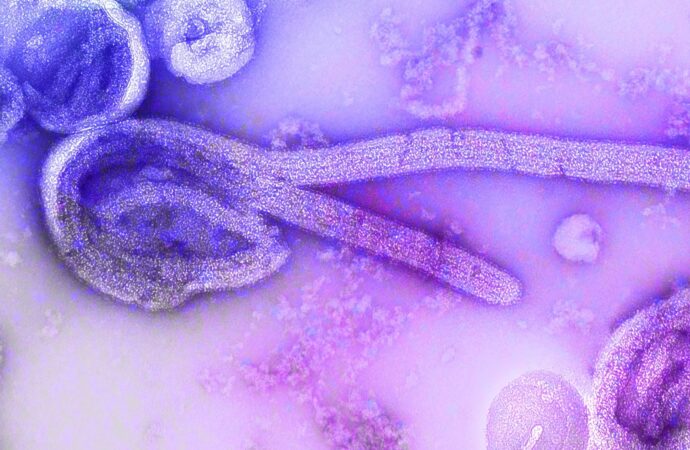 Lifesaving medicines to revolutionize treatment of the near-killer virus.

West Africa witnessed the largest outbreak of Ebola virus between 2014 and 2016, spreading from Guinea across borders and within months, it became a worldwide epidemic. Rare but severe, more than 28,000 cases and 11,000 deaths were reported. Though successfully contained, recent reports have however indicated the outbreak of the virus in the Democratic Republic of Congo. The country’s Ministry of Health declared 5 cases of Ebola virus which resulted in 5 deaths, bringing the fatality ratio to 100 percent.

While no cure has been procured for the virus, the World Health Organization (WHO), in collaboration with other researchers have been working on drug treatments that have been approved to treat the virus. Publishing the first guideline for Ebola virus disease therapeutics, WHO encouraged the global communities to effectively increase the access to revitalizing medicines. While the previous outbreak of Ebola virus had shown that early response/diagnosis and optimal support go a long way in the survival of people infected with the virus, the WHO is involved in numerous systematic reviews and tests, have made recommendations for 2 monoclonal antibody treatments-mAb114 (known as Ansuvimab; Ebanga) and REGN-EB3 (Inmazeb).

New guidelines developed in accordance to standards and paradigms of WHO.

These recommendations have clearly demonstrated, upon optimized trials, immense advantages for the people that have tested positive for Ebola virus. It includes older people, pregnant and breastfeeding women, children, as well as new born babies whose mothers have been confirmed to be infected with this virus within the first 7 days. These clinical trials took place during the recent Ebola outbreak, with the largest in the Congo which showed that huge scientific rigor could be applied even during the virus’ outbreak in compromising contexts.

The United Nations agency also recommended therapeutics that includes ZMapp and Remdesivir which should not be used as treatments. The new guidelines, developed in accordance to the paradigms and standards of WHO, is posed at immensely supporting health caregivers providing supports to patients of Ebola virus, as well as policymakers invoking in the outbreak preparedness and control responses. This new guidance aggregates the clinical care guidelines which outlines the optimal support that patients of Ebola virus must receive, from necessary tests administered, nutrition, co-infections, as well as other approaches posed at putting the patient on the right track to a healthy recovery.

Advancements in therapeutics have revolutionized treatment of the virus.

Dr. Richard Kojan, a co-chair of one of the selected expert groups by WHO to develop the guidelines, who is also the President of The Alliance for International Medical Action (ALIMA) stated that there will now be a greater chance of recovery for people infected with Ebola virus, if reported swiftly. Further, he stated the importance of timeliness in controlling these infections, admonishing people to consult health practitioners swiftly to ensure the best possible treatments.

A fellow co-chair, Dr. Robert Fowler, from the University of Toronto, Canada, also observed that though the virus is perceived as a near-killer, recent advancements in therapeutics have immensely revolutionized treatment of the virus. He also noted that the best possible provisional supports were being made for patients, combined with the monoclonal antibody treatment which will lead to the recovery of most of the patients. However, access to these monoclonal antibody treatments are still immensely challenging, especially in most of the poor and rural communities.

On this issue of accessibility, the World Health Organization demanded that they be made available in every Ebola-ravaged location. The United Nations agency have also declared their readiness to support countries, as well as manufacturers and partners in order to efficiently see to access to these two medicines. Dr. Janet Diaz, the lead of clinical management unit, WHO also stated that the efficiency in doing the basics which includes early diagnosis and optimal support have immensely helped develop the better standard of care for patients, as well as transforming what is possible during the outbreak. She however noted that swift access to these medicines must be the priority.

I still remember the day ebola broke out in Nigeria in 2013. Up to this moment different drugs have been used to tackle this disease. I’m happy WHO has finally recommended the actual medicines that can be used to combat this deadly pandemic disease.

Well is a very good thing to always find different solutions to disease like this. good work from WHO

Wow I never knew ebola was still going round affecting and killing people, they should curb it fast

This new guidance compiles the clinical care guidelines that explain the ideal support that patients with Ebola virus disease need to get in order for the disease to be maintained.

The World Health Organization (WHO) should continue working with other researchers to develop pharmacological treatments for the Ebola virus that will eventually be licenced. This will be of great assistance.

In order to adequately prepare for and respond to an outbreak, the government and others responsible for making policy must be involved.

The World Health Organization (WHO) should continue working relentlessly and recommend medicines that can be used to counter this disease.

This is good news. Deadly viruses like Ebola now getting cure is commendable. Kudos to WHO; more of this.

The government of those affected countries should also try funding their health sector do they will be able to treat the virus before the medicine comes.

Finally there is now an actual medicine to treat Ebola virus, after taking the life of so many people years back. This medicine should be shared swiftly to places that are still suffering from the virus.

The healthcare facilities located in the areas that were affected should implement a variety of strategies that are aimed at assisting patients in making a full and speedy recovery.

It is very encouraging that the United Nations agency has also expressed their willingness to support governments, in addition to producers and partners, in order to ensure access to these two medications in an effective manner.

Kudos to WHO for their efforts towards procuring good medicines inorder to help combat the ebola virus,and it should be made accessible to patients and health worker at the for front of all these health problems.

This updated advice compiles the clinical care recommendations that specify the best possible care for Ebola patients, including the administration of required tests and nourishment.

This advice contains the clinical care suggestions that specify the ideal level of treatment that Ebola patients should have access to, as well as other strategies aimed at starting the patient on the path to a full recovery.

Ebola is a very bad epidemic and to develop a vaccine or medicine to curb it,is a good development