Unproductive civil servants to be sanctioned 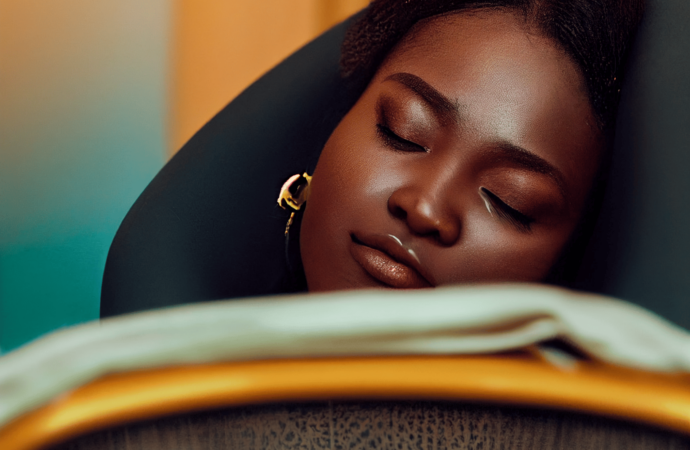 Numerous reports over the years have indicated the complacent state and ineffectiveness of many civil servants. Due to lack in proper supervision, the capacity of the civil service has been ravaged by incompetency, laziness, unprofessionalism and ineffectiveness against the growing expectations of the general public. However, the Federal Government, in a bid to reform the civil service, have vowed to duly dust off unproductive civil servants with sanctions for incompetency. Festus Kayemo, the Minister of State, Federal Ministry of Labour and Employment made this known during the 2022 Ministerial Service Awards for Labour Sector which took place in Abuja.

These awards were put together to mark the 2022 Africa Day for Civil Service, as well as recognizing the outstanding performances of both the Ministry staffers and the agencies under its supervision. Kayemo noted that the idea of the Ministries recognizing the outstanding performances of civil officers who have continually worked tirelessly to ensure the achievements of their mandate during the year was a heart rendering one. He stated that it was an opportunity to inform the general public of the importance of encouraging enhanced productive performances and thus, this platform was an avenue for celebrating excellence in civil service delivery.

He further stated that the Performance Management Process put in place will be useful in recognizing unproductive civil servants, who will then be sanctioned for their incompetence. The Ministry will in turn, make provisions for enabling an ambience for performance competitiveness to ensure quality services being rendered. Kayemo thereby encouraged civil servants to put in their best efforts towards discharging their tasks. On recognizing the officers who put in their best efforts towards improving the services of the civil servants, he admitted that although numerous staffs had been working under unfavorable and challenging circumstances, these staffs showed zeal and passion in the accomplishment of their tasks.

Kayemo also lauded the courage and bravery displayed by the officers, noting that these qualities recommended them for the conferred awards. The Minister said that the different awarded categories were from the various departments and agencies in the Ministry which ranged through the different grade levels. Also, the Ministry’s Permanent Secretary, Ms. Kachallom Daju also asserted that this platform was implemented to ensure due compensations for civil officers for the recognition of their contributions to the service.

Daju emphasized the importance of Performance Management, noting that it overtly enhances organizational performances, employee retention, loyalty and employee productivity. She thus added that this helps in overcoming the communication barriers, cost advantages and clear accountability. She explained that the issue resolved by this performance management will immensely help in bridging the gap in communication between the staff members and management, as well as reducing the conflicts generated with the Labour Union, saving time and also ensuring performance efficiency and consistency.

The Permanent Secretary further asserted that whilst performances are about positive feedback on the basis of results, the award was indeed a measure of recognition of hard work and performances. She also asserted that the Ministry was genuinely careful in the selection of the awarded officers through a credible process with inputs from all agencies and departments for coming up with the list of officers that were awarded. She also added that the agencies under the supervision of the Ministry created an award committee to further enhance the process for selection of the awardees.

The Ministry applauded for recognizing the productivity of civil officers.

Dr. Michael Akabogu, the Managing Director of Nigeria’s Social Insurance Trust Fund (NSITF), in his remark, also applauded the Ministry for recognizing the efforts and productivity of the civil officers to the core values of the service. Mrs. Martina Nwodu, the Director of Special Projects, representing the group of awardees, also commended the Ministry. She asserted that their award recognition was an indicative motivation for the officers to continually strive to be the best in the execution of their duties.

So many civil servants don’t do almost anything at work. Some will only come to work just ones or twice to sign and collect salary. It will be better to sanction unproductive civil servants and reward the performaming ones.

Most of our civil servants response to work is very lazy,they have lackadaisical attitudes to work they come to office late,go back home early because they see government work

It has been a general notion that a number if civil servants are irresponsible, and their offices are hubs of corruption. Buh with this performance management approach, there should be a significant positive difference.

Most of this civil servant are most the lazy workers in this country. They are not serious at all. They can go to work anytime the feel like. Sometimes they don’t even go to work since nobody is monitoring their work.

The ability of the civil service has been devastated by incompetence because there has been a lack of effective oversight, and this is something that the government needs to address.

It will be better to sanction underperforming and unproductive civil servants and reward the performing ones. it will help to motivate others to work hard.

In an establishment it is important both excellence and mediocrity is rewarded. Anyone that does very well in the civil service deserve to be appreciated. The one that doesn’t deserves to be punished. In that way we can build a credible and efficient civil service.

In addition to serving as a way to commemorate the observance of Africa Day for Civil Service in 2022, the remarkable achievements of Ministry staff members and the agencies that fall under the Ministry’s jurisdiction were taken into consideration when awarding these prizes.

This forum served as a place for honouring outstanding performance in the delivery of government services and educating the public on the significance of doing so.

It was a heartwarming idea for the Ministries to recognise the great work of civil servants who worked hard all year to make sure they did what they were supposed to do.

It’s no new news that most civil servants are unproductive workers, they go to work to sleep and chit chat all day long, the government needs to take action against this

Giving awards and prizes to active and productive workers will we’ve as a means to encourage the lacy ones to sit up and get things right.

Approximately 60% of the civil servants are lazy and unproductive, I’m glad the government are taking time to appreciate those that are making impacts

In return, the Ministry will take the necessary steps to enable an environment conducive to performance competition in order to guarantee that excellent services are provided.

The officers’ recognition as recipients of the I award served as a significant incentive for them to maintain an unyielding commitment to excelling in the performance of their responsibilities.

This type of gesture need to continue so as to boost the civil servant moral at list it will encourage them to do their work deligently.

Incompetence has decimated the civil service’s capacity since there hasn’t been any control, and the government needs to solve this issue.