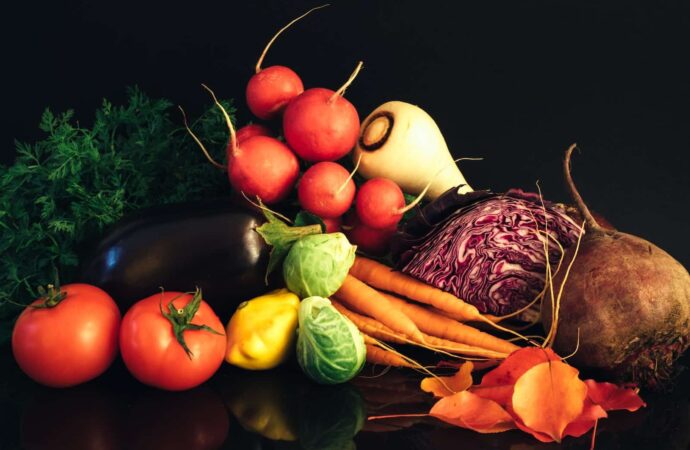 Health experts say westernized food may cause diabetes and hypertension.

Health experts at a two-day medical outreach, which was held in memory of the late Mrs. Phebian Obasoyin, have advised Nigerians to take more of local foods to prevent diseases and untimely deaths. The medical outreach was held at the residence of the deceased in Ikere-Ekiti (Ekiti State), who died on September 9, 2021. The Deaconess Phebian Obasoyin Diabetes Patients Foundation, which organized the medical outreach, conducted free medical tests for the participants and dispensed medicine freely to those in need. The medical foundation conducted tests on people with diabetes, high blood pressure, dental problems, and hepatitis.

The Medical Director of Oba Adejuyigbe General Hospital Ado Ekiti, Dr. Samuel Omotoso, said the outreach would create awareness on some diseases that people can prevent through their eating habits. He also said that the event will enable people to check their health status so that they would not be caught unaware by avoidable diseases such as high blood pressure and diabetes. He emphasized that hypertension, also known as high blood pressure (HBP), is a cardiovascular disease that affects the heart. He said people call it a silent killer because it sometimes gives no symptoms until it is too late, which could lead to stroke, heart failure or heart attack.

He ended by saying that the awareness being created on HBP is not designed to create fear or stress in people but to enlighten them on why they need to often check their blood pressure level and the best ways to prevent the risk of hypertension and diabetes. It is not uncommon for hypertensive patients to also have diabetes and vice versa. While addressing the participants, Dr. Seeke Abiodun urged Nigerians to cultivate the habit of eating local foods to prevent diseases.

She said it was unfortunate that children were also affected by hypertension and diabetes. She said every local food we have in Nigeria is healthy, unlike westernized foods that are causing damage to people’s health. Diabetes is a condition when blood sugar levels are higher than normal. In other words, sugar builds up in the bloodstream. Westernized foods that Dr. Abiodun refers to are sugar-sweetened ones such as chocolate, candy, ice cream, soda (beverage drinks), and more.

Nigerians’ sedentary lifestyle contributes to cases of HBP and diabetes.

These are foods and drinks that Nigerians would not do without. For instance, carbonated drinks are mainstream in Nigeria, with some Nigerians taking as much as four bottles a day. It has been estimated that 35 million people drink carbonated soft drinks every day in Nigeria. This represents about 19 percent of the country’s population. This, added to other sweetened food that Nigerians consume, such as doughnuts, cakes, ice cream, chocolate, etc., contributes to the rising cases of hypertension and diabetes in the country.

Dr. Abiodun attributes the rise in HBP and Diabetes partly to the sedentary lifestyle of many Nigerians. She said that these diseases were more common in the urban areas than the rural areas. A study was conducted by Instituto de Ensino e Pesquisa Albert Einstein to analyze the levels of physical activity and sedentary behavior in 6,234 students aged 14 to 19 years living in urban and rural areas. It was discovered that rural residents spent less time watching television, using a computer and/or playing video games, or sitting down. They were less likely to be classified as insufficiently active, compared to urban residents. In other words, people in urban areas live a more inactive lifestyle and are at more risk of HBP and Diabetes.

The medical expert urged Nigerians to watch their dietary patterns.

Abiodun urged Nigerians to watch their diet and reduce their intake of salt. “Instead, eat more of balanced diet, vegetables and fruits. Avoid alcohol and tobacco, and engage in physical activities,” she advised. Princess Adeola Ale, who spoke on behalf of the children of the deceased, said that her mother successfully managed the treatment of both hypertension and diabetes for over 30 years before she died in 2021. She said that the diseases were not as fearful and deadly as most people see it, but that they need careful management and strict adherence to doctors’ advice.

We welcomed the western culture and as a Nigerian we don’t believe in what was produced locally. We prefer imported products and attach more attention to them. Whereas the local food we call a local thing is far better than western food which is the cause of most disease we don’t hear in those days. Our sedentary kind of life style was a borrowed culture.

We need to eat more of our local foods for our health benefits,they are freshly gotten from the farm with enough nutrients for the body because these western foods tends to cause a lot of damages to our body.

Eating healthy is one extremely essential thing we don’t take seriously. Aside being financially capable to do so, discipline is another thing. People should try to eat healthy whichever little way they can.

No doubt, these westernized foods comes with health risks. Discipline is one of the major challenges of eating healthy for some people. For some others, it’s financial capability or inadequate information. A poor man’s primary goal is to survive by munching on anything. So eating healthy might be hard. However, we should all eat healthy whichever little way we can. It’s essential to our health

We need to eat more of our local foods. Local foods has many good benefits to our health. Westernized foods comes with health risks.

In Nigeria, I don’t know why we have chosen to live borrowed culture over our culture and life style ..It is clear we prefer imported products to what we produce ourselves. The local food we abandoned is far better than western food. we should eat good food it is very vital to our health.

Through outreach, people would become more aware of certain ailments that can be avoided by making healthy choices regarding their diet.

We should try to eat locally made food because they are rich in nutrients. They will go a long way to improve our health than the junks or packaged food we usually eat. We become what we eat, so we should be careful with our diets.

It is necessary for the government to plan a medical outreach, provide free medical examinations to the event’s participants, and give away free medicine to those who are in need.

The event will provide people the opportunity to get their health checked out so that they won’t be taken by surprise by preventable ailments like high blood pressure and diabetes.

Can foods are not always completely healthy because they always contain different types of preservatives that might be harmful to the health of people.

Local foods gives a clear reason why our forefathers lived a longer life, they weren’t exposed to sugary and processed foods like we are right now.

People need to be aware that the awareness that is being raised about high blood pressure is not intended to instil fear or tension in them, but rather to educate them on the reasons why they should regularly check their blood pressure level.

Due to the lack of early warning signs, it has earned the moniker “the silent killer” and has been linked to higher rates of cardiovascular events like stroke and heart failure.

The processed food people eat these days are completely unhealthy, this is why we have high rate of diabetes, high blood pressure. People need to reduce the intake of these things

Consumption of sweetened food by Nigerians, such as donuts, cakes, ice cream, and chocolate, amongst other examples, adds to an increase in the number of instances of hypertension and diabetes in the country.

The diseases are not nearly as terrifying and lethal as the majority of people believe them to be; yet, they do require careful management and rigorous following to the recommendations made by physicians.

We don’t take eating well seriously, which is one thing that is absolutely crucial. Along with having the financial means to do so, discipline is another requirement. People ought to make every effort to eat healthily.

We need to start cherishing promoting our local food because they are more body friendly than our westernized food. Let us patronize our home.